Not everything works perfectly fine in an inaugeral season. Let's see were improvements would be appropriate. 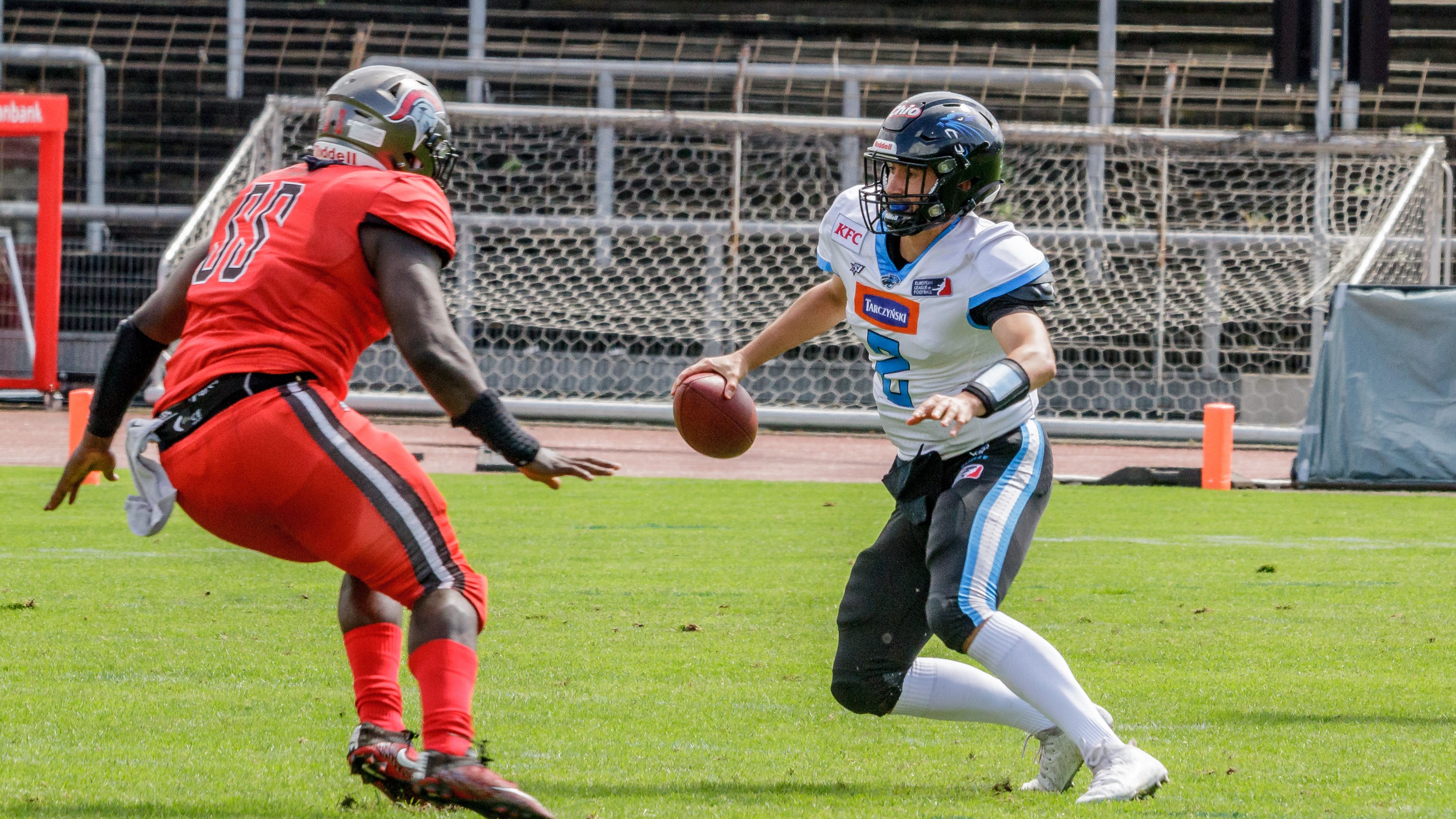 With teams just now reaching their full potential, some have declined and lost track of the things that made them great. Let’s jump into some possible adjustment the teams could attack for the upcoming gameday.

The matchupof the Hamburg Sea Devils and Berlin Thunder is a guide for the future gamedays as well. While the Hamburg Sea Devils could seek consistency in the passing game, having switched between Ceesay and Clark against the Galaxy last Sunday, the Thunder want to bounce back in the best possible way. After a bye-week and some corrections, Berlin could still be good to go on the ground, but need to improve in the passing game as well. Will Zerbe play under center or will Stitt play a huge role? A question that Jag Bal just recently in a press conference answered with: "Calvin won the QB-battle for this week." Stabilizing the offensive line could be a big help, for both the Sea Devils and the Thunder.

Looking at the Panthers game, the Galaxy will try to take their seventh win in a row. The Panthers are there with a two game losing streak against the Centurions and the Hamburg Sea Devils. Interesting enough, quarterback Lukas O’Connor was one ofthe hottest quarterbacks at the start of the season, but recently has some problems with pressure. Getting some additions in offense and defense might put the Panthers in the place again to win the play-off run against the Leipzig Kings. Solidifying the pass defense and working on spreading the ball to different receivers will be key to success against the Galaxy. Having the Galaxy in that position, only strengthening the run game would help to further improve.

With the Dragons as one of the best teams of the last month, the Surge will have a tough opponent to face. Stuttgart has to adjust in multiple areas. Quarterback Aaron Ellis showed promise in the last couple games, but did not find Meza like he did before. Getting their receivers open would certainly help. On defense, Stuttgart has to make sure that the pressure will be there consistently. Getting linebacker Zachary Blair and other defensive playmakers into position to sack and tackle is another point the Surge have to take an eye on. For the Dragons, consistentlyimproving the run game, like they did last weeks, is their way to support ZachEdwards in the passing game and score on runs as well as through the air.