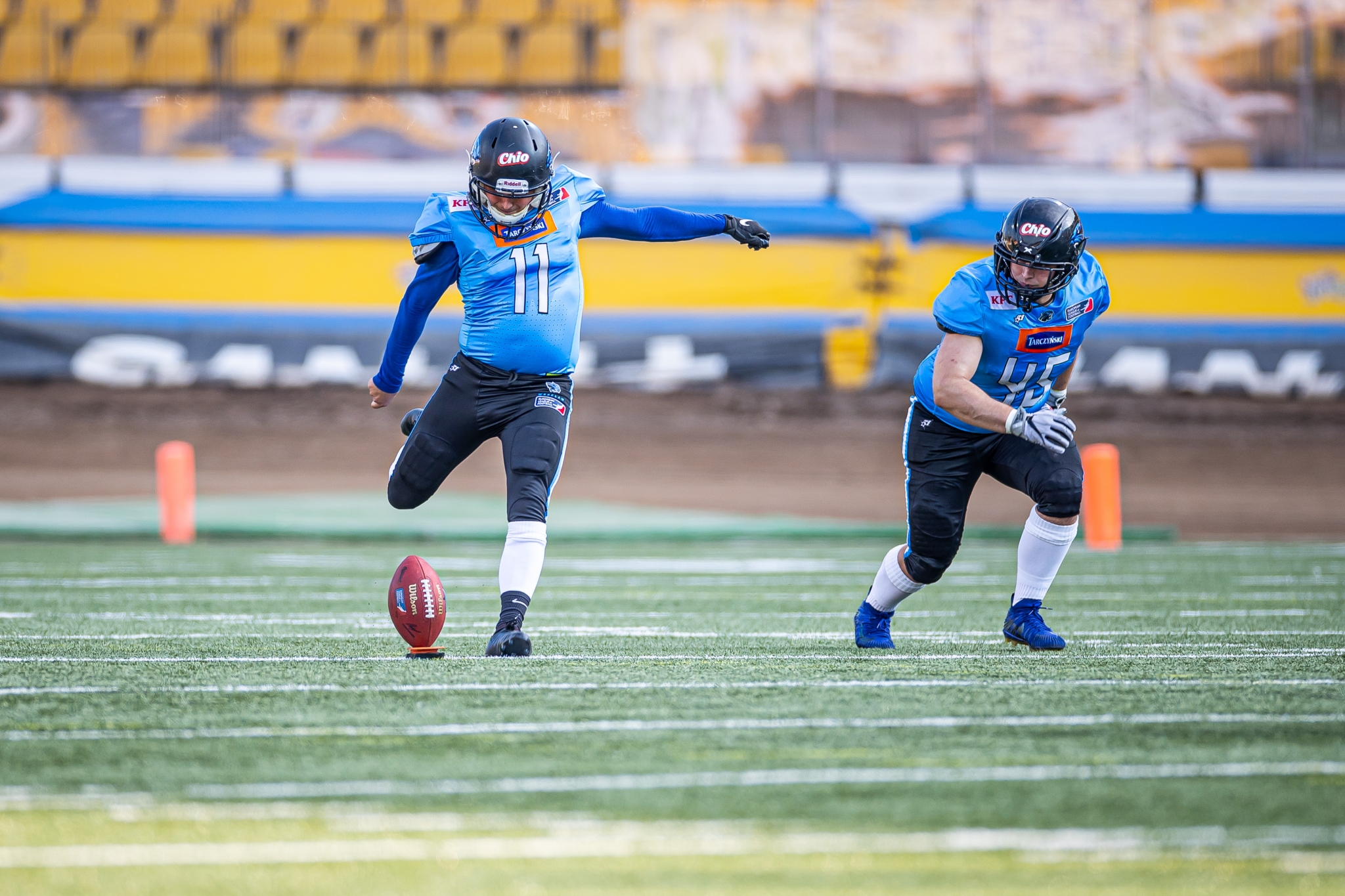 With half of the inaugural season almost over, the European League of Football has some candidates already in place to compete for the title; with some teams warming up more and more. The Surge managed to change their quarterback, loaded up their defensive linebacker core and started to build up confidence in the last-minute win against the Kings before the bye-week. The Centurions on the other hand have one of the most feared rushing attacks in the league but lost against the Galaxy and Panthers. Their chance to keep up the pace and challenge the Galaxy once again. Let’s have a look at all the adjustments the teams could make for the upcoming sixth week of the regular season.

Interesting enough, two of the hottest teams will play out their playoff-spot in the Northern Conference. The Panthers will meet the Hamburg Sea Devils in the Olimpijski we Wrocławiu – the Olympic Stadium of Wrocław. A historic place, made to annoy the undefeated Sea Devils who are 4-0 after a dominant 55-0 win against the Kings in week 5. The Panthers bring a good passing attack that just struggled against a high-pressure defense that the Sea Devils could provide, with or without Kasim Edebali coming back after his COVID-19 infection. The offensive line of the Panthers will have a handfull of work – not only in protecting their quarterback Lukas O’Connor but in establishing the run as well. The Sea Devils are a well-organized team that had some trouble in week one, but still managed to get away with a win. But what did the Galaxy did better than others? The Galaxy put on a massive defensive performance, just losing by inches on special teams. Spreading the ball to the receivers quickly, not allowing the pressure to get to the quarterback could help. But this needs help from all the receivers running their routes perfectly. One thing is clear: You need a perfect game to beat the Sea Devils. A home game with a home crowd could definitely help.

The Dragons meanwhile hope for their first win in the European League of Football and the game against the Thunder would be a possibility to bounce back and get on track to secure the second place in the Southern Conference. One of the key things the Dragons struggled with was the offensive line. Missed blocks, allowed pressures and miscommunication from snap to snap. Quarterback Zach Edwards struggled against all teams and was one of the most sacked quarterbacks of the season so far. But he somehow still produced. Getting the offensive line right would possibly be number one priority for the Dragons. The running game and a more potent offense could take care of itself. After the release of Thunder Special Teams Coordinator Vitale, the Thunder could now make a step into the right direction. Kicker Schenderlein could be one of the better kickers in the league, the returners with Crawford, White and Jones are seriously packed as well. A new orientation might secure them extra stability.

With Stuttgart Surge and the Cologne Centurions coming out of a bye-week, the teams had a lot of time to adjust. The Surge filled some spots left on their roster with high caliber players on offense and defense, while releasing Victor Ferrier. On the Centurions side, the run game will still be the main focus, but also allowing quarterback Jan Weinreich more time to make decisions. Having to play against one of the best run stopping linebacker cores in the league, involving all the receivers on the field couldbring joy to the offense of Cologne. Surge quarterback Aaron Ellis could have a big game against a Cologne secondary as well because they had some troubles against the Kings and Galaxy in the last games.

Adjust, adapt, and overcome adversity would be the key to success for all teams. All games promise great entertainment and a lot of great matchups this weekend.