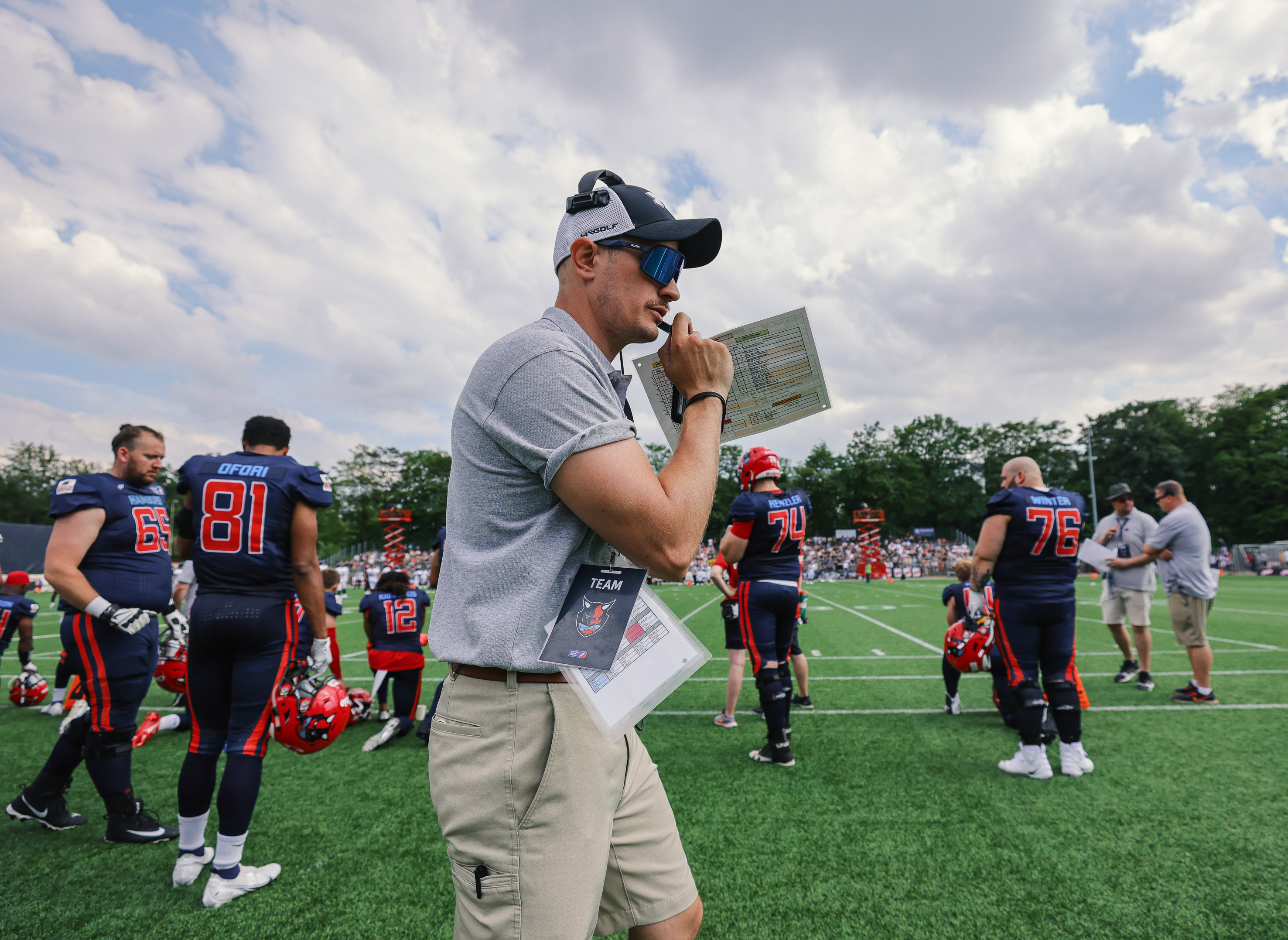 Having weekt hree right around the corner, all teams wanting to step up and improve the product they put out on the field. Some adjustments helped teams to get on top last week, let’s see what teams could do in order to improve in week three.

Despite letting Barcelona Dragons quarterback Zach Edwards throw for 270 yards in the game on Sunday, the Centurions defense stepped up big time. Three sacks and 10 tackles for loss were one of the reasons they won against the Dragons. If the pass defense schemes towards their next opponent, this could be another big game for the Centurions defensive unit. The Kings have one of the best quarterbacks in the league when Michael Birdsong gets into the groove. For Leipzig, the main task is to stop Madre London on the ground; a difficult task to say the least. This could be Jan Weinreich’s time to shine.

For the Sea Devils, the bye-week brought risks and chances. The timing of quarterback Jadrian Clark and his receivers – apart from tight end Adria Botella Moreno –was one of the adjustments that had to be made. The Barcelona Dragons were having trouble with defending in crucial situations that turned the momentum around. Sea Devils running backs Xavier Johnson and Simon Homadi could be on their way to a huge game if the Dragons don’t get a grip on the run-game. The Dragons themselves are trying to establish the run with quarterback Zach Edwards playing well in the first two games. The Surge and Centurions defense held the run-game of the Dragons under 90 yards in both games. Even in 32-personnel they were not efficient in running the ball.

With the Galaxy and Panthers meeting in the northern conference, there is a heavy matchup coming up. Both the Galaxy and Panthers play similar styles regarding their offense. The offenses are spreading the ball well to all receivers. Lukas O’Connor and Jakeb Sullivan had two great games so far. A very solid Frankfurt Galaxy defense could be the first defensive front that challenges O’Connor’s pocket presence. A possible adjustment for the Panthers to think about is the running scheme the Galaxy applys. If they manage to keep Gennadiy Adams and Gerald Ameln in place, the chance is there to come home with a win.

The Stuttgart Surge and the Berlin Thunder could be both full of surprises. It’s hard to see which adjustment they are going to make. The quarterback situation in Stuttgart is up in the air at this point which will be interesting to monitor throughout the next days. The Surge struggled to stop the pass against both the Galaxy and the Dragons. With Marcus Herford and his dual-threat quarterback Calvin Stitt as well as an aggressive defensive front led by Head Coach Jag Bal, the Surge have a big challenge to face. Putting quarterback Stitt under pressure could be the key to success as he was sacked eight times by the Leipzig Kings defense in week one.