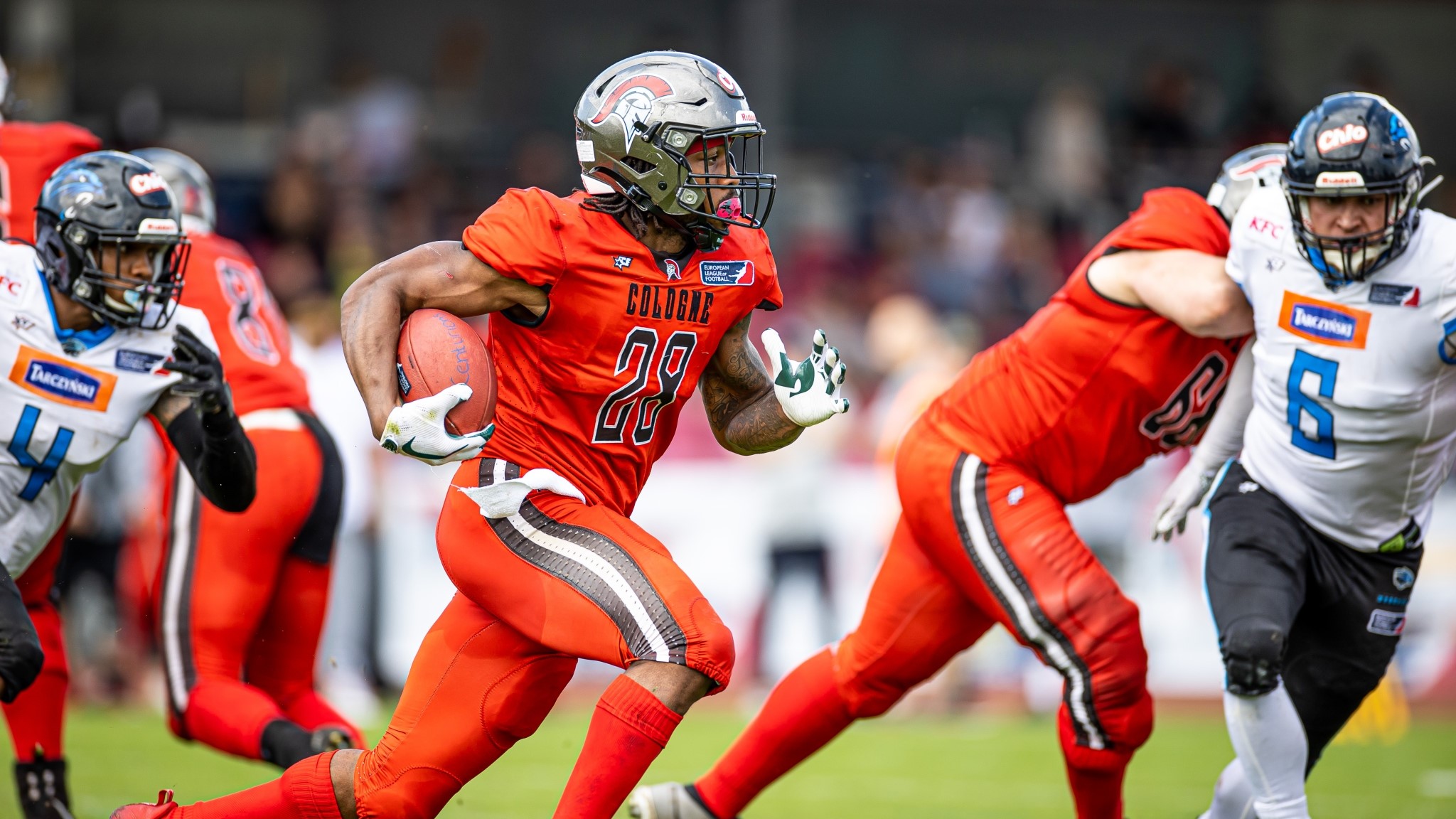 It is getting hotter and hotter until it boils over and the big final will be there in under a month. The European League of Football goes into the hot phase of the season. The playoffs are around the corner. Now it's do or die.

For some, like the Galaxy and Sea Devils, the only challenge is to stay healthy, get backups properly used to have more weapons around and keep the mood up. Both the Sea Devils as well as Galaxy saved their first seat of their conference. Behind that, the race is on and made for close finishers. In the North Conference, the Kings and Panthers are head to head, fighting for the second spot of the playoffs.

But there is one difference: The Kings are peaking at the perfect time! While Birdsong is healthy enough to lead the offense into the race, the machine of the Kings has more than one motor. The defensive line, the linebacker core, as well as a strong European backfield and the strongest wide receiver core the league has to offer at the moment. Against the Sea Devils, consistency will be key. The pressure on defense could lead the offense to more opportunities. The Sea Devils didn’t have the intensity the coaches wanted to see. With the Hamburg Sea Devils facing one bye-week after this weekend, some players will probably take a day off, some might get a chance to show their skills against the Kings. Either way, the Kings should capitalize on the chance to stay equal against a strong Panthers team they are facing in the week twelve of the regular season.

The Berlin Thunder were having all kinds of fun last week against the Barcelona Dragons. But having the Panthers up front is a higher level of competition. To succeed against the Panthers in an away game, the Thunders goal must be to stop the offense from scoring. Meaning: Get Lukas O’Connor under pressure, collapse the pocket and dominate the line. Coverage worked well for the Thunder; at least long enough to get the defensive line in situations to make plays. Having one of the best defensive lines and even stronger linebacker cores behind them definitely helps. Having Jones and Crawford as weapons, involving them more and more might help as well.

In the south, the race is not over yet, either. The Centurions are the run-heaviest team in the league and not for nothing. But that’s not something you have to change to confuse the Surge this weekend. This is a strength that should be used heavily. The Surge know what to expect, but will have problems if the Centurions handle it perfectly. Out of two-back sets and with power runs through the middle as well as outside zone schemes, the Centurions are versatile enough to include a lot of run plays to overrun this Surge defense. Considering the loss against the Leipzig Kings last week, the Centurions have to find a way to pressure the quarterback more;  maybe showing some blitz-packages to set Ellis under pressure. For the Surge, getting rid of opportunities for London is THE gamechanger this year.