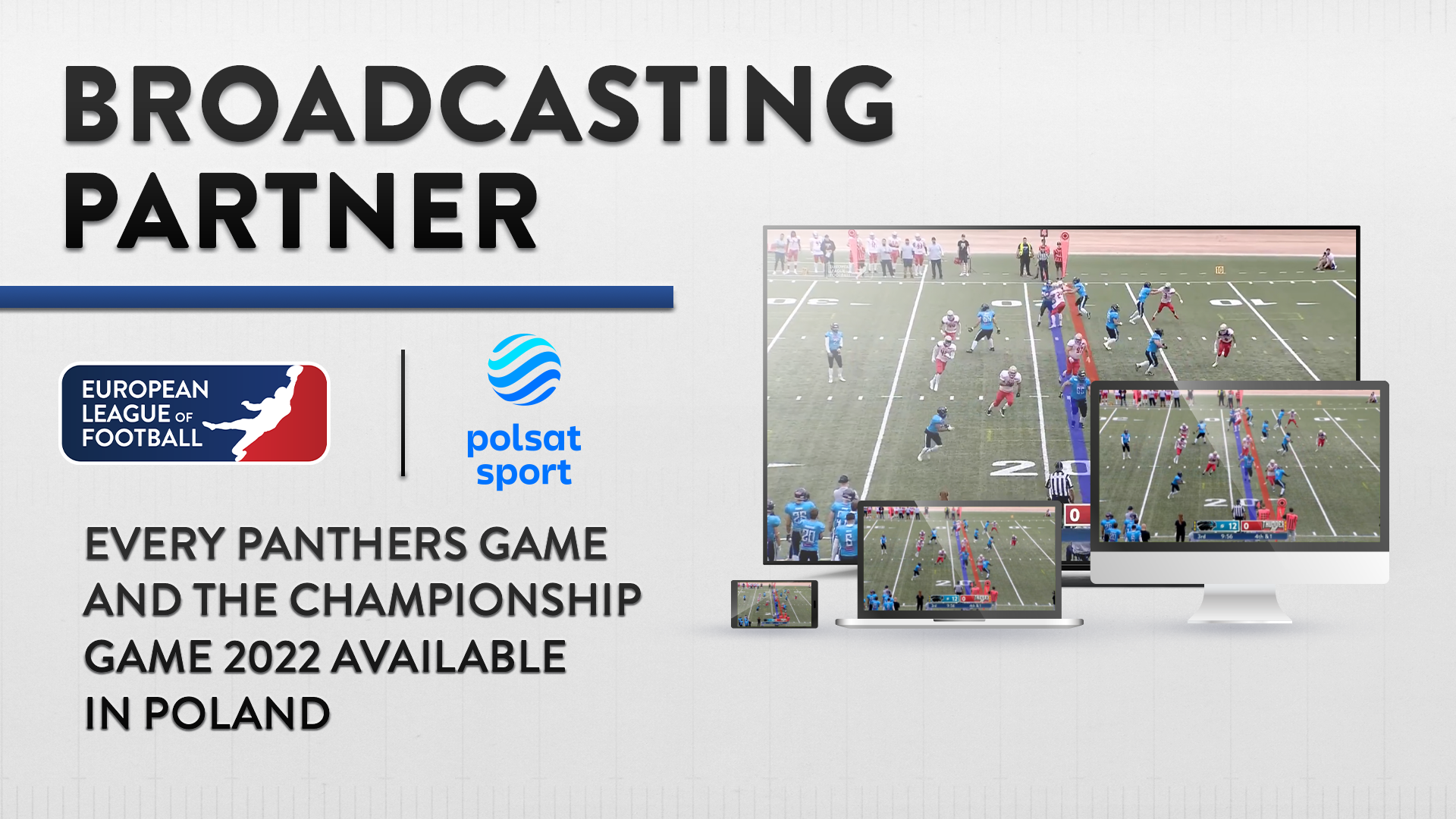 The European League of Football is happy to announce the TV contract with Polsat Sport. With the second season of the Wrocław Panthers, Polsat will broadcast all Panthers’ games and the Championship Game in Klagenfurt, Austria, on September 25th.

‍
“With Polsat we were able to win over one of the biggest TV stations in Poland for our league. This means that our games will reach the majority of the Polish population in Europe, who will now find our games alongside the UEFA Champions League or the Polish First League,” said Zeljko Karajica, CEO of the European League of Football.
Polsat Television is the first commercial tv broadcaster in Poland and sports is one of its foundations. A family of six Polsat Sport tv channels plays a crucial role in the development of domestic soccer and volleyball, now reaches the football audience as well. Currently, Polsat Television is a part of Polsat Plus Group - one of the biggest Polish telecoms, with around 6 million clients. PPG is a TV and VoD supplier, along with cellular network and internet access.

‍
“Polsat Sport is always building up its widest offer of broadcasted sports in Poland. In the past, our viewers have enjoyed American Football on the occasion of the NFL Super Bowl. We treat each event with the same detail, no matter if it's the UEFA Champions League or the European Football League. Thanks to this approach even the most demanding audiences can spend a good time with us, and the sports events are able to grow and inspire,” says Marian Kmita, Head of Sports, Polsat Television.

‍
With defending champions Frankfurt Galaxy, finalists Hamburg Sea Devils, Berlin Thunder, Cologne Centurions, Stuttgart Surge and Leipzig Kings from Germany, Panthers Wroclaw (Poland) and the Barcelona Dragons from Spain, eight founding members of the European League of Football are already entering their second season. They will be joined by Rhein Fire (Germany), the Vienna Vikings and Raiders Tirol from Austria, and the eastern powerhouse Istanbul Rams. All franchises have one big goal: The Championship Game in Klagenfurt on September 25th.