The Panthers Wrocław want to start another playoff-run. One assett is a strong defensive line featuring All-Star player Karlis Brauns. 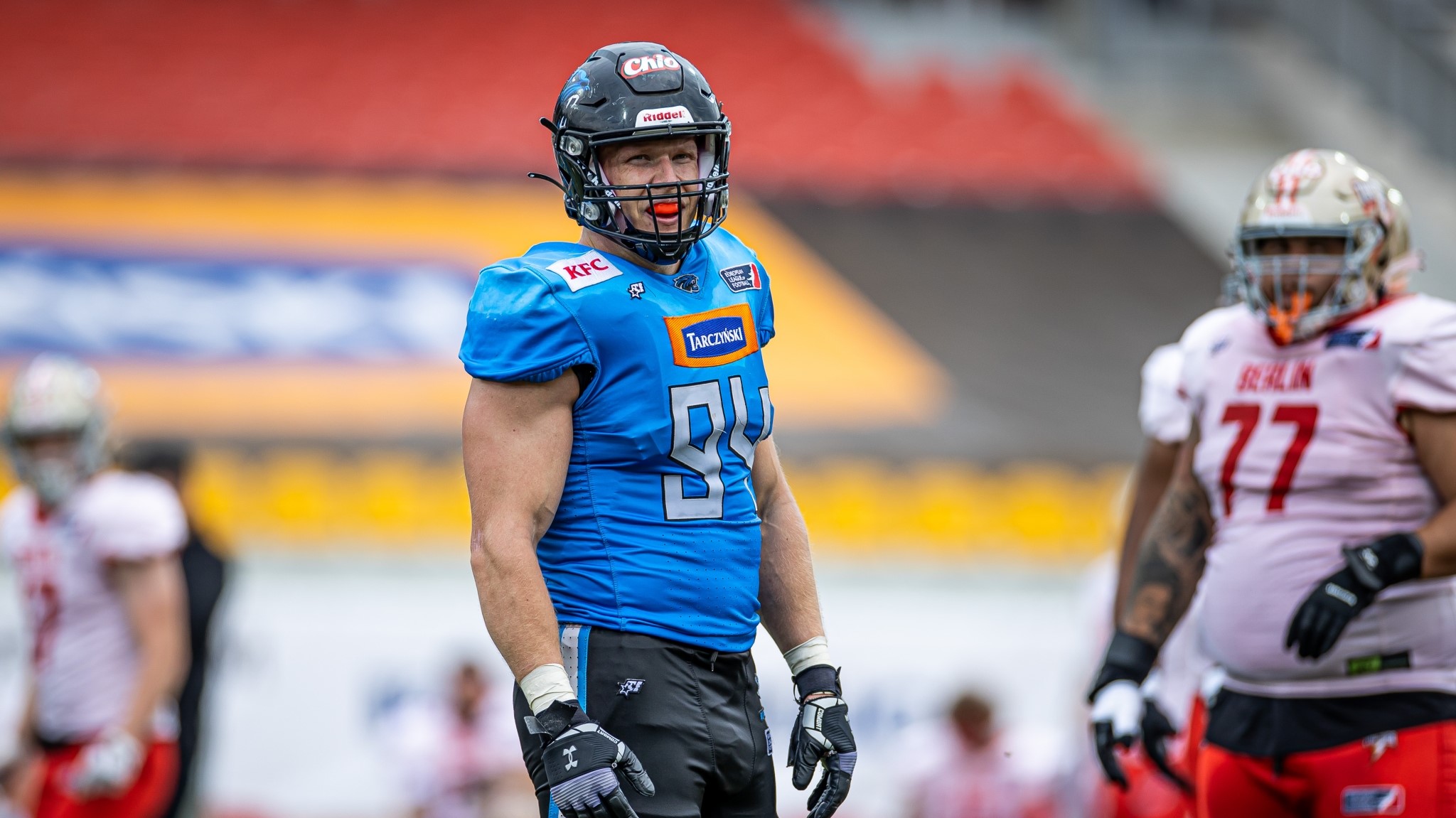 Karlis Brauns is back in Wrocław. ©Lukas Skwiot

As the Panthers Wrocław announced, defensive lineman Karlis Brauns will join the Polish franchise again in 2022. A huge step for the Panthers who want to start another playoff-run next season.

"After a complete dominance of the line of scrimmage in the 2021 season, finishing with the All-Star game, Karlis will return to Wroclaw in order to represent Panthers black-and-blue in another year of battles for the highest-valued title in European American Football - ELF 2022 Champion!", as the Panthers wrote on social media.

"It’s a great feeling, like coming home. Great organization and an opportunity to build better raport with the the local players as well as with many of the returning imports", Latvian monster said with excitement about his return and added: "I feel like with the Panthers we have some unfinished bussiness to settle. I think mentality-wise it is just a better fit than the other options. The Panthers have a uniquely clear vision for what a truly proffesional football team in Europe should look like and what it would take."

When talking about the expectation of the fans for the upcoming season, Brauns seems optimistic: "Great defensive performance as always and a passion for the game. I think me and Semmie are going to click very well on DL combined with the local guys I already had the honor to play alongside."

"The highest level in Europe"

While the European League of Football published the conference matchups just last week, Brauns is happy but focussed. "I guess as far as signings and the rumors of players staying with the teams from last year I think we, once again will have one of the toughest divisions, which is exactly where I would like to play - the highest level in Europe. But of course the relative strength among the teams remains to be seen."