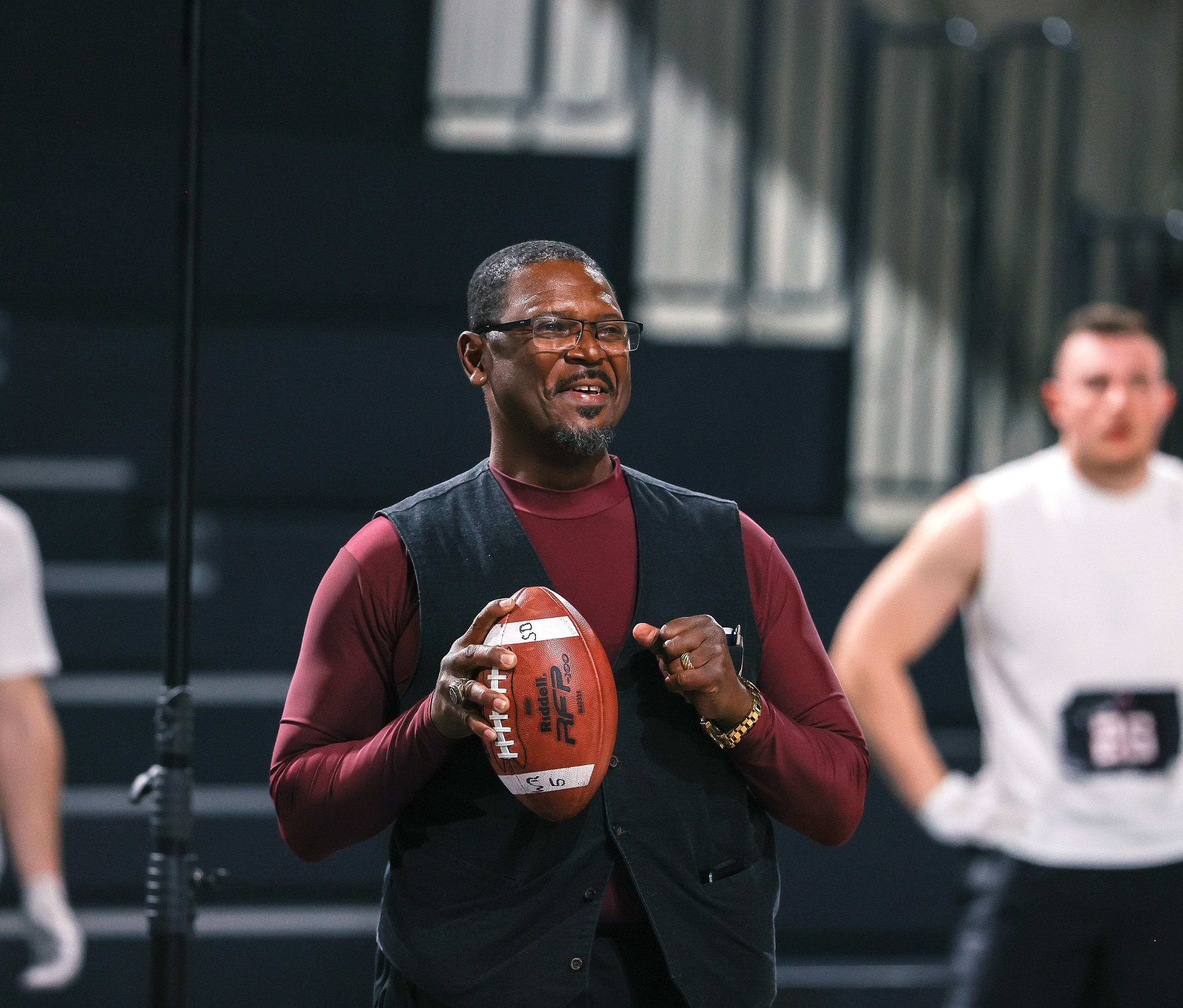 While the offseason just started, there is more and more talent from US and especially NFL finding their way into the European League of Football. With the 2023 season starting in June next year, let’s have a look at coaches from the NFL already signed for next season.

From the NFL to the European League of Football

One of the most veteran coaches in the European League of Football is Hamburg Sea Devils’ head coach Charles Jones, aka “Yogi”. The 62-year-old was a player for the Dallas Cowboys in the NFL after graduating from the University of Pittsburgh. As a coach, Jones was with the Miami Dolphins, Cleveland Browns, Carolina Panthers and with the Frankfurt Galaxy and Hamburg Sea Devils in the NFL Europe. Now he is in charge of the two-time vice champion of the European League of Football.

Another former NFL coach worked for the Hamburg Sea Devils last season, making his way to the Munich Ravens next year. John Shoop will lead the Ravens into their first season as a head coach. Also born and raised in Pennsylvania, just like Charles Jones, Shoop started his pro coaching career for the Carolina Panthers as an offensive quality control assistant. In 1999, he joined the Chicago Bears as the quarterbacks coach, then went on to become the youngest offensive coordinator in NFL history. He continued working in the NFL until 2006, working for the Tampa Bay Buccaneers and Oakland Raiders as the offensive coordinator and quarterback’s coach.

One of the most known coaches across the league is Jim Tomsula. The former 49ers head coach is the head coach of the Rhein Fire. There, he helped building one of the hottest candidates for the 2023 season. Tomsula worked for the Dallas Cowboys and Washington Redskins, as we well as coaching the in teh NFL Europe for the Berlin Thunder, London Monarchs, Scottish Claymores and his new old team, the Rhein Fire.

The league is constantly evolving and so are the coaching staffs. For the Stuttgart Surge, former head and running backs coach George Streeter will have another position in 2023. The Chicago Bears and Indianapolis Colts player and college athletes evaluator for the Green Bay Packers and Cleveland Browns will have a similar position in the European League of Football. Streeter will take over as the director of player personnel and development, helping the Surge bringing together the best possible players. Another former player of the NFL, more correctly the Cleveland Browns, Buffalo Bills and Scottish Claymores in the NFL Europe, in Khalil Carter, will take over as the head coach for the Cologne Centurions. He could be able to bring fresh air into the “Cathedral City”.

A big coaching coup happened in Switzerland, with a staff that could easily be considered the most pro-ready in the European League of Football. Led by head coach Norm Chow, former Tennessee Titans offensive coordinator and NCAA legend, the Helvetic Guards have experience at every position group. Defensive coordinator and one-time Super Bowl Champion Otis Smith played for the Philadelphia Eagles, New York Jets, New England Patriots, Detroit Lions and coached for the Eagles and Kansas City Chiefs. Bert Hill, known for his athletic knowledge, worked as the Miami Dolphins strength and conditioning coach, as well as offensive line assistant and defensive assistant for the Detroit Lions. Hill will be responsible for the defensive Line.

Don Clemens, linebackers coach, and Bob Palcic, offensive line coach, can look at a similar resume. Clemens was the quality control,as well as strength and conditioning and linebackers coach for the Detroit Lions, while Bob Palcic worked with the offensive line and tight ends for the New Orleans Saints, Cleveland Browns, Atlanta Falcons and Lions. And if that was not enough, they are joined by four-time Super Bowl champion and now receivers coach Mike Wilson, who played for the Dallas Cowboys and San Fransisco 49ers, having coached for the Oakland Raiders, Arizona Cardinals and Cleveland Browns as the wide receivers and tight ends coach.

Coaching staffs around the league are growing, but what the Helvetic Guards built is truly sensational.