On Sunday, November 5th the Munich Ravens held their tryout in the famous Olympic Stadium in Munich. 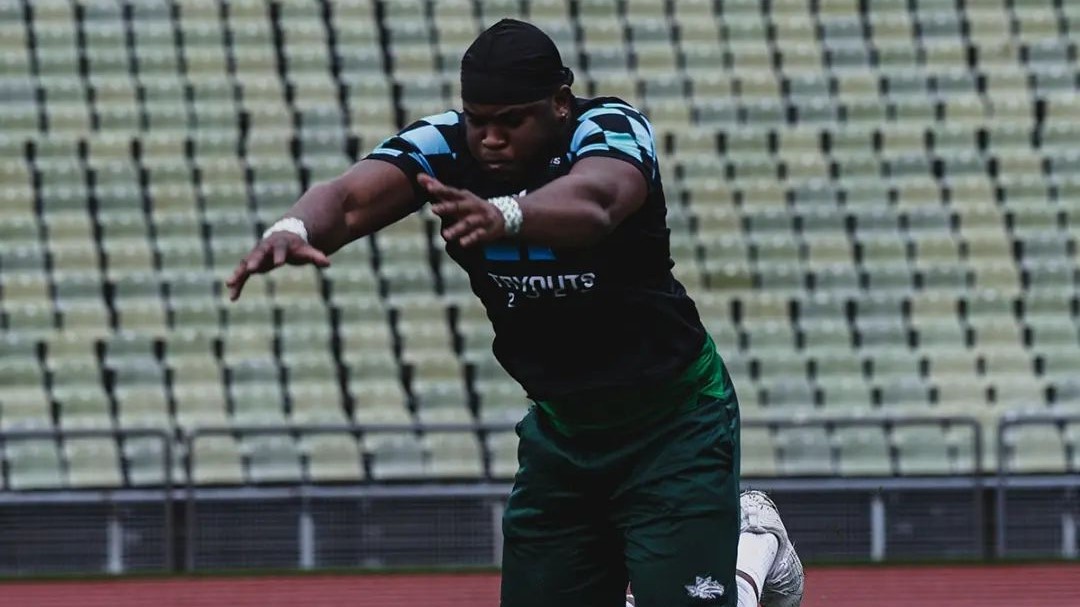 European football fans are eager to see the Munich Ravens in their debut season in 2023. And plenty of players are interested in joining them. Over 400 players registered for the event and around 160 of them took the field on Saturday.

While the weather was not great, you could not say the same about the attendees and their performances. Besides British wide receiver Tommy Wilson, who ran a 4.27 40-yard dash at the Milano Seamen combine a few weeks earlier and ran a 4.5 on the wet grass in Munich, where he tried out as a running back, there was a local talent that stole the show.

Munich Cowboys linebacker Kevin Titz had an impressive showing in the combine drills as well as on the field. The athletic freak is standing at 1,77 m at weighing in at 95 kg, but his smooth movement stood out among all the linebackers in presence, making him a prime candidate to make the Ravens roster. Additionally, offensive lineman Markus Haas from the Ingolstadt Dukes and defensive tackle Johannes Zirngibl did well and have a high chance at a roster spot.

With loads of Bavarian players from Bavaria in presence, the attendees met former rivals and teammates for the first time in a while. “It was like a big class reunion," Straubing Spiders safety Alexander Weissbeck said. Many players have high hopes in the Munich franchise and the quality of their players: "Bavaria has very good players and a lot of talent," said Frankfurt Galaxy wide receiver Niklas Schumm, who participated in the tryout.

Ravens head coach John Shoop seemed happy with the event. "It has been an unbelievable day, there have been so many players that have come through here," the former NFL offensive coordinator said.

It will not be easy for coach Shoop and former European League of Football MVP, now Director Sports Operation Sean Shelton to decide on who of the plethora of talent offered will make the team.