The quarterback of the Ravens has landed. Chad Jeffries will be the signal caller for the 2023 American football franchise. 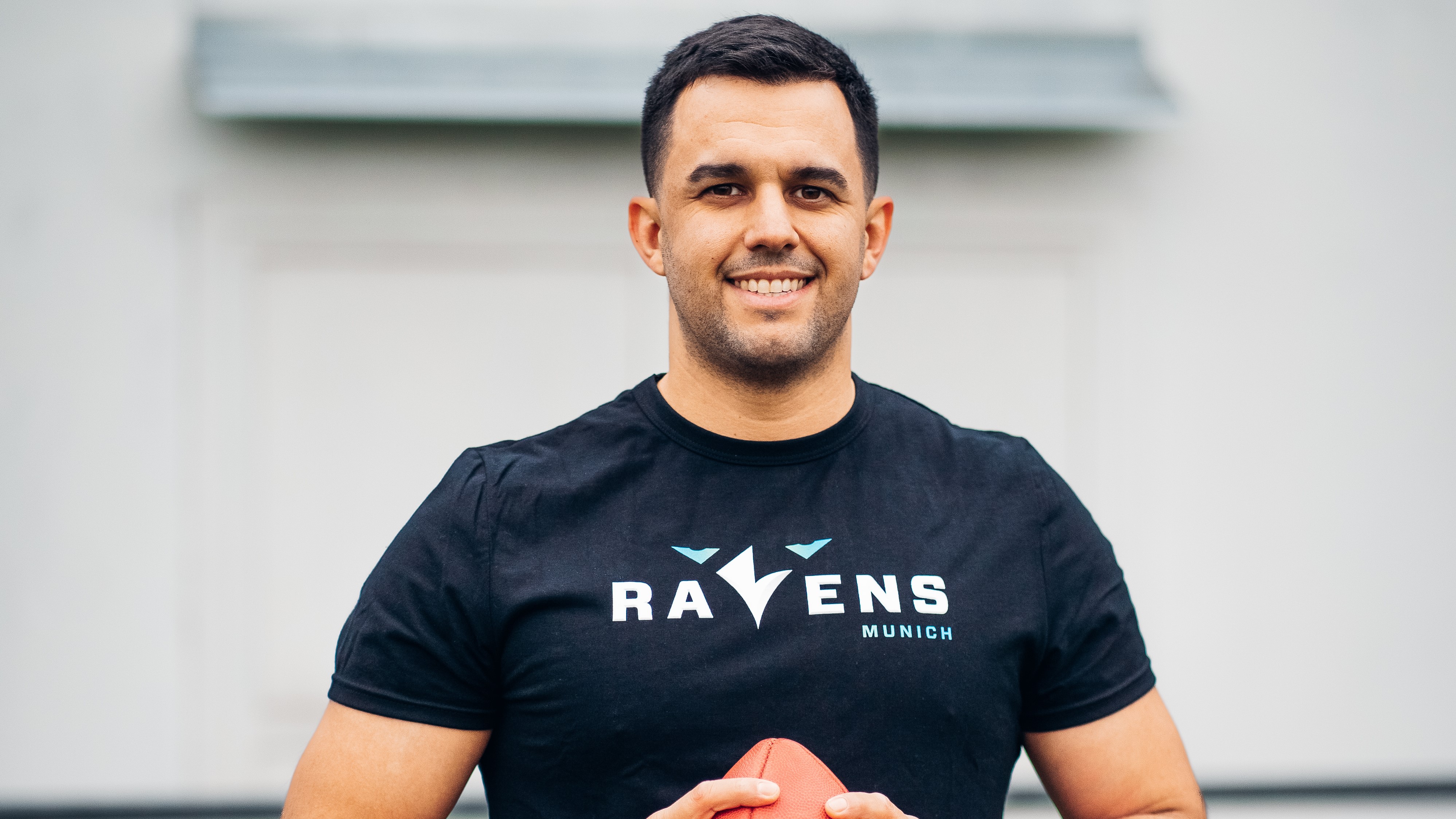 Chad Jeffries in the Black and Mystic Blue. © Valentin Filipovic

The Munich Ravens have found their first quarterback in the still young franchise history: Chad Jeffries - European-experienced playmaker and reigning MVP and champion of the Austrian Football League - will lead the Munich team in the European League of Football.

Winner in the Austrian Football League

The American has been one of the most eye-catching quarterbacks in Europe for several years. He played in the Austrian Football League for the Danube Dragons from 2018 to 2022, completing 699 passes for 10.601 yards and 107 touchdowns with just 18 interceptions during that time. The dual-threat quarterback also impressed as a runner for over 1.500 yards and 15 rushing touchdowns.

Jeffries is looking forward to his new team and the new task: "I am very excited about the opportunity to be the first quarterback in the history of the Munich Ravens and to help lead the team in its inaugural season in the European League of Football. I can't wait to get to Munich and meet the guys as we prepare for the 2023 season. The Munich Ravens have a great group of coaches and players. With head coach John Shoop, quarterbacks coach Teejay Gordon and Sean Shelton on staff, I didn't have to think twice before signing with the Munich Ravens."

As a former quarterback, Sean Shelton, Director Sports Operations for the Munich Ravens, had specific ideas for filling the position, "I am really excited that we have Chad on board. In my opinion, Chad is one of the most underrated players in Europe. He has been very productive in every year he has played in Europe and, no less importantly, is highly regarded by his teammates as a player and a leader. I have a feeling that Chad will open the eyes of many this season and cement his status as one of the best quarterbacks in Europe", he is quoted.

Weapons for the Munich Ravens offense

Last season, Jeffries led the Danube Dragons to their first championship in the AFL since 2010, as the team went undefeated, and the quarterback secured MVP - Most Valuable Player - honors for the season with 2.852 yards and a 33-4 touchdown-to-interception ratio.

With Sixten Dragan, Marvin Rutsch and Luca Salvo and Marlon Malki, the Ravens have signed four targets for Jeffries, still waiting on a second American player on offense and building a solid offensive line around him.

The Ravens seemingly want to attack upfront, making the Championship Game in Duisburg priority number one.