New team starts from the 2023 season – Esume: "We have found strong partners" 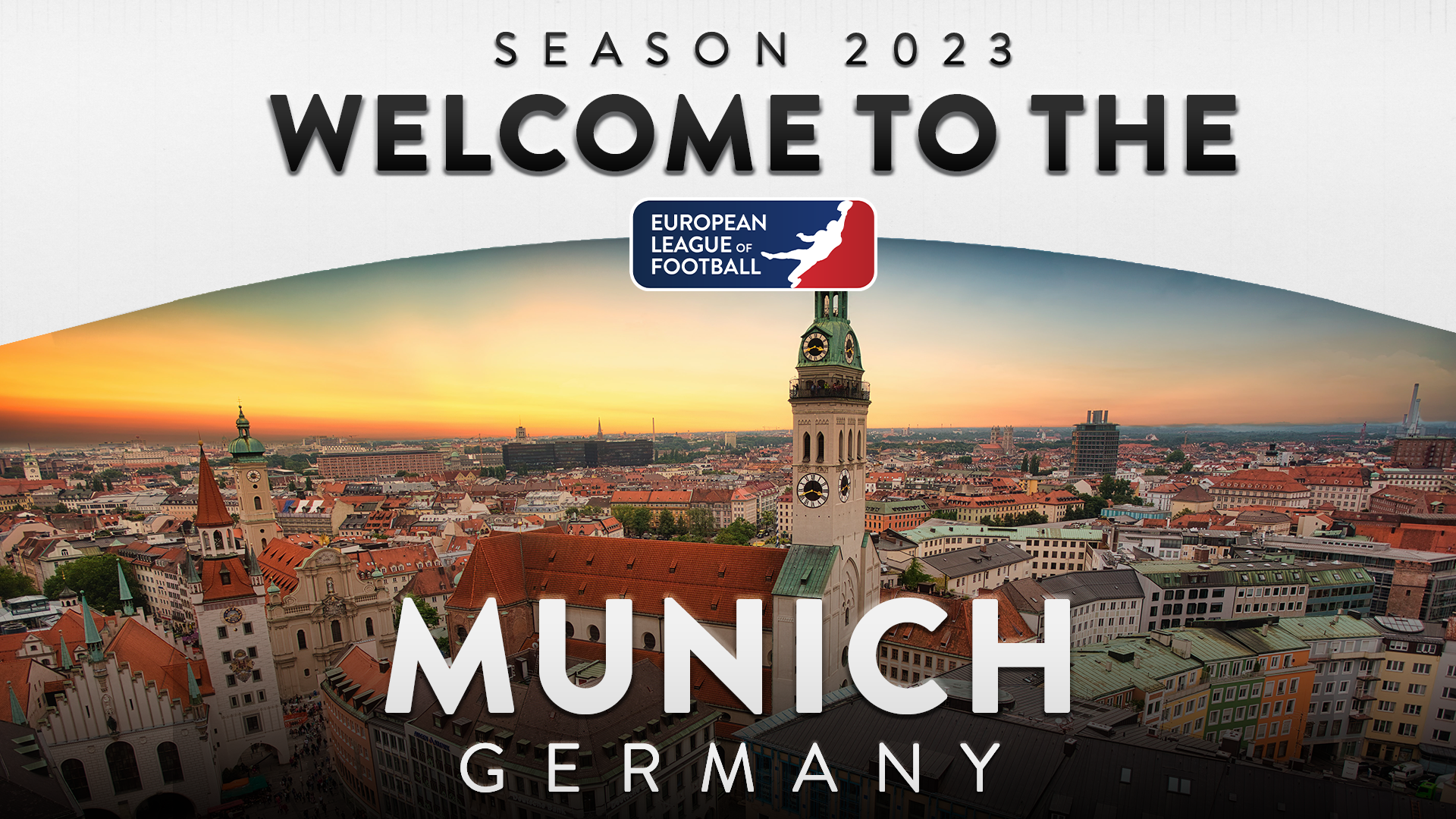 The fourth addition to the European League of Football for the 2023 season has been announced: Munich! After Milan, Székesfehérvár and Zurich had already been announced as future locations of the continental league, a team from the Bavarian capital will also compete in the upcoming season. Further details on the franchise will follow shortly.

"On the Germany map, this closes the circle for us. Munich is a city with a great football tradition and many enthusiastic fans. We are very pleased to be able to offer them a team in the European League of Football. This completes the expansion with German franchises for the time being," says Managing Director Zeljko Karajica.
Commissioner Patrick Esume is equally happy about the agreement. "We have found strong partners in Munich who will add further stability to our league and are also very ambitious to form a powerful team. For us, this is an important signal both internally and externally," Esume emphasized.

Get tickets for all the locations here!

In the 2022 series, which has been running since June, twelve teams from five nations are competing in three conferences for a place in the playoffs. Berlin Thunder, Hamburg Sea Devils, reigning champion Frankfurt Galaxy, Rhein Fire, Cologne Centurions, Stuttgart Surge and Leipzig Kings are seven teams from Germany, while Vienna Vikings and Raiders Tirol from Austria, Barcelona Dragons from Spain, Panthers Wroclaw from Poland and Istanbul Rams from Turkey complete the field of participants.

‍
It is already clear that four franchises from three countries will join in the 2023 season, and the European League of Football will then comprise at least 16 teams from eight nations. "We have set ourselves the goal of playing with 24 teams in the coming years. It is important to emphasize that we are a European league. The majority of teams will come from foreign countries," assures managing director Zeljko Karajica.

New locations in the next few years

When the responsible people will reach the future final stage of expansion remains open. "There is an intensive exchange with potential partners in various countries. The interest in the European League of Football is huge and we are firmly convinced that we will be able to present further attractive locations in the next few years," says Commissioner Esume.

The Championship Game of the 2022 season will take place in Klagenfurt, Austria, on September 25th!