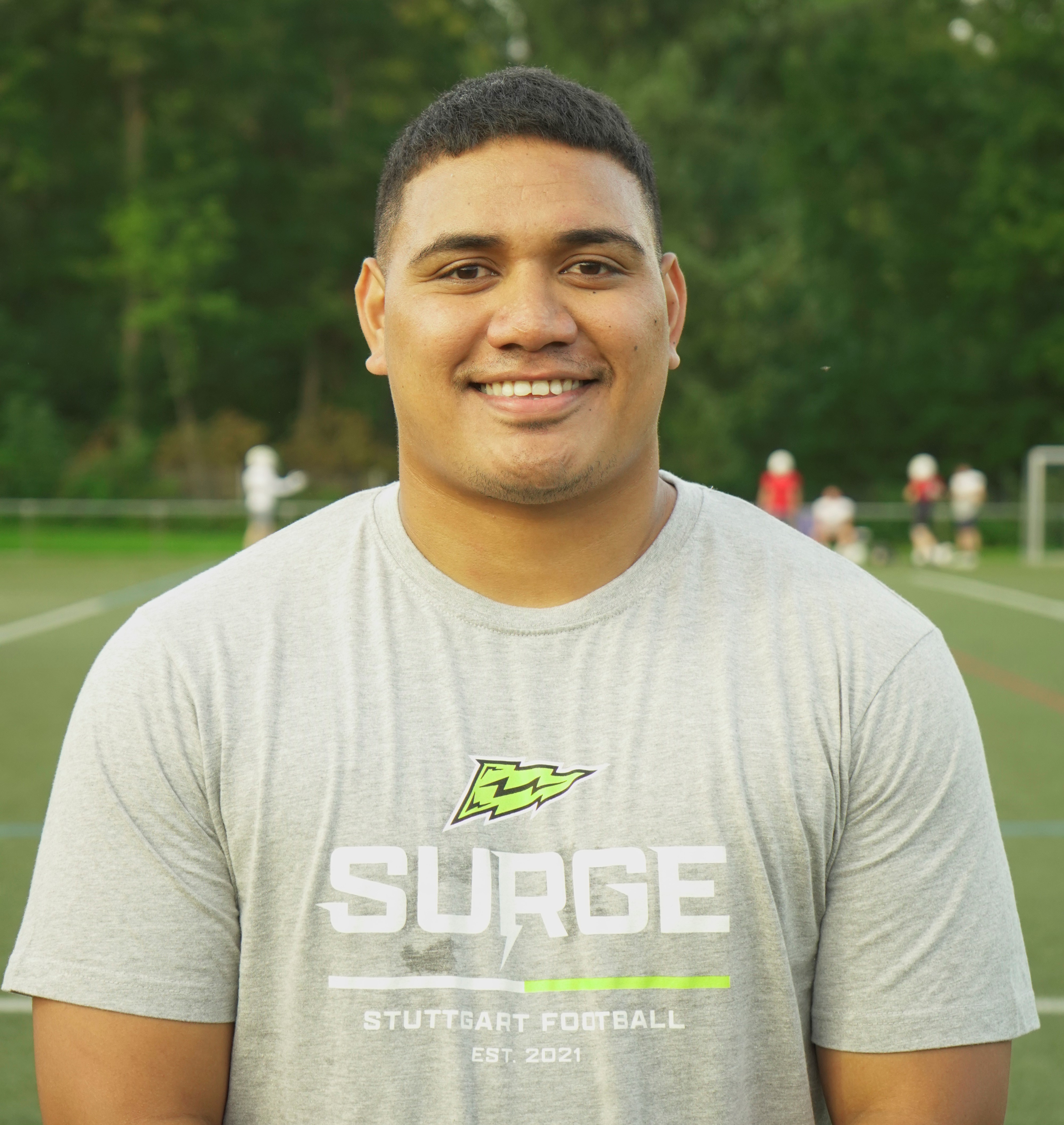 The 2-5 Stuttgart Surge made some roster moves before the transfer deadline last Sunday. Alongside other players, the Surge signed American linebacker Ronley Lakalaka who will join the Surge for the reminder of the season.

Lakalaka was invited to the New York Jets Rookie Minicamp in 2019 and played for the BC Lions in the CFL after having played for the San Diego State University in the West Division of the Mountain West Conference.

The Start of Something Big

“I grew up in Honolulu, Hawaii, with two brothers and many cousins of mine”, new Surge linebacker Lakalaka explained. The Hawaiian native was active in sports early on in his life: “A lot of the times we were very active playing club sports from football, basketball, and baseball. Learning and instilling how to be a student athlete at a very young age and that’s basically how my journey as a professional started”.

Starting to play football in third grade, Lakalaka was joining his older brother and his older cousins on the school team: “I never had a cousin my age, so I’ve watched and played with those who were older than me and [they] basically have shown me how things were done. Following their lead grew [my] interest of sports, especially football inside of me and I’ve learned to love it every day after elementary school”.

After his high school career ended, Lakalaka played college football for the San Diego State University. In our conversation, he talked about his most memorable experience of playing Division I college football for the Aztecs: “My ‘Welcome to Division I’ moment would have to be my first day of summer training with my fellow freshman classmates. The year before I was on campus, the team was coming off a disappointing season and so all coaches were at our first freshman workouts, in our ears yelling at us about how we haven’t earned anything yet”.

This first summer of training was an experienc eLakalaka will never forget: “It was a moment in time where being a San Diego State Aztec was to be earned and not given, and from that became a turning point in our school’s program in 2015. We went on to win conference championships. A time I’ll never forget”, Lakalaka explained.

During his successful college football career, Stuttgart’s new linebacker shared his favorite college football play with us: “My favorite play has to be my interception for a touchdown against Cal Berkeley in 2016”. Lakalaka’s pick-six was more than important for the Aztecs as they won the game with just a five-point difference.

After his college career, Lakalaka played in the Canadian Football League and ended up fracturing his ankle. As a consequence, Lakalaka paused his football career for two years, but still worked out to stay in shape: “During these two years, I wanted to focus on my backup plan of working as a Legislative Aide at the Hawaii State Capitol and currently [as] an Executive Assistant at the Office of Hawaiian Affairs”.

Although Lakalaka’s backup plan worked out well, he received a call from Surge’s Defensive Coordinator Andy Meyer about a week ago: “I was called by [Defensive Coordinator] Coach Andy […] out of the blue in need of a linebacker who is willing to start next week. I’ve done research on how the ELF is a segway back into the NFL or the CFL and it drew my interest. I fell inlove speaking with the coaches and how much they believed in me drew my love back into the game of football”.

The new linebacker for the Surge will suit up to play the Barcelona Dragons today at home in his first game in the European League of Football. When asked what the fans can expect, Lakalaka had a clear and simple answer: “The fans of Stuttgart Surge can expect a reliable, consistent, playmaking linebacker who will put it all on the line to win games”.

Lakalaka already got to know his new teammates and believes they found some quick chemistry: “I have gotten to know my fellow linebackers like Zach Blair and Lucky [Ogbevoen], and I already felt like we’ve been together for years. We just clicked on the field”.

When the Surge host the Barcelona Dragons at 3 p.m. CEST today, watch out for number eleven who is excited to be back out on a football field: “[I’m] happy to finally be playing with teammates, playing for others, and the love of the game”. Aloha!