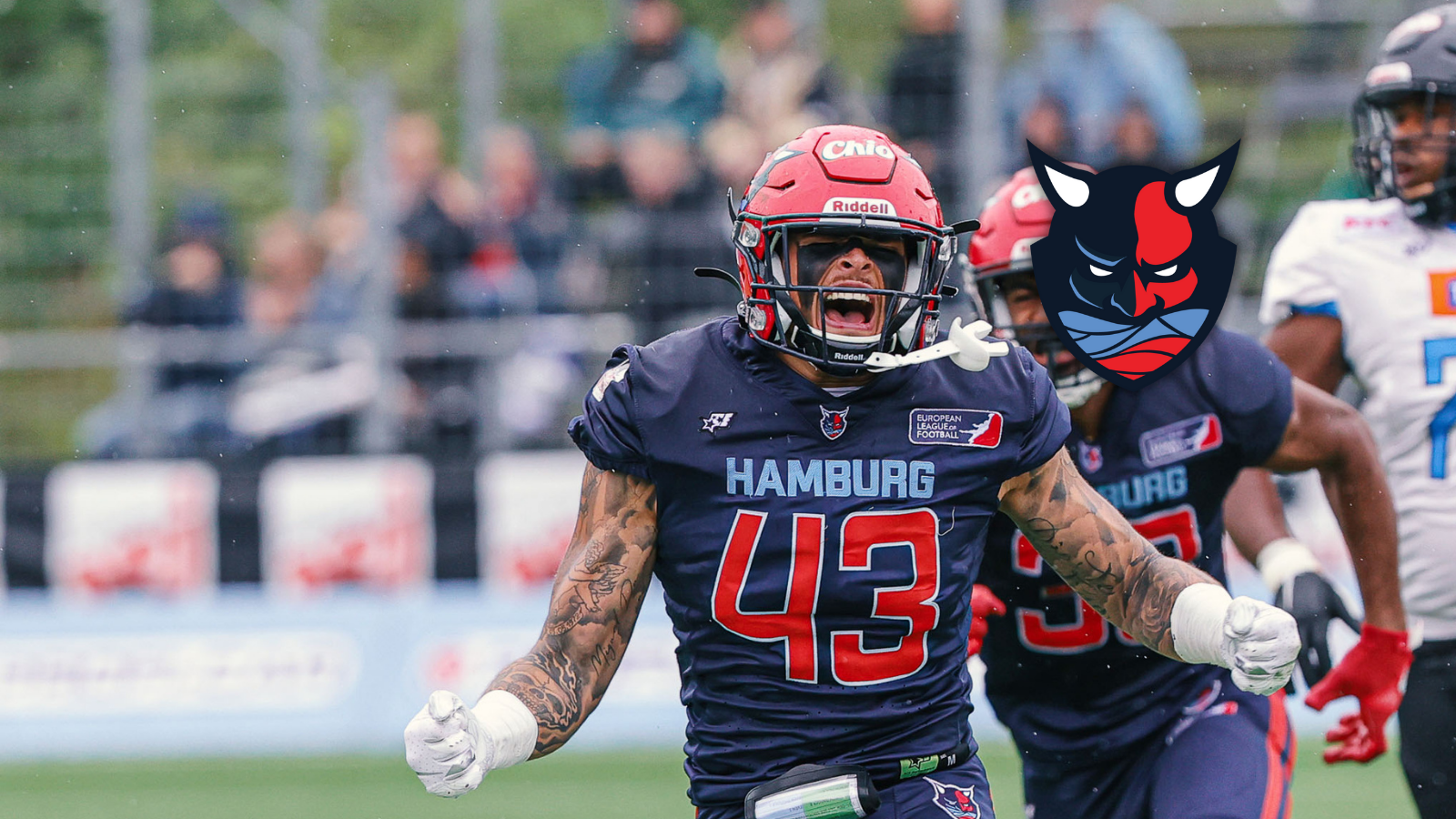 A leader returns: Miguel Boock will be back with the Hamburg Sea Devils. ©Michael Freitag

Last season, among other things, Boock helped the Sea Devils quickly establish themselves at the top of the league. Although an injury kept the defensive player out for half the season, it did not stop Boock from putting in top performances in the playoffs.

The Hamburg native recorded an average of a 7.7 tackles per game and was able to help the defense perform strongly with his instructions as middle linebacker, also playing an important role as sam or will. In addition, the Sea Devils' defense allowed the fewest rush yards, the second fewest overall yards as well as second fewest points in the regular season.

"Our goal is Klagenfurt"

A leader of German American football

"Miguel is an excellent player and has been an absolute leader in Hamburg football for years. Getting him back on board as team captain was the top priority for us," explained General Manager Max Paatz. He added: "Anyone who has followed him and his path over the past few years knows how much heart and passion he puts into the sport and also how he pulls others along with his attitude."

Boock will be featured in Kendral Ellison's defense again after the defensive coordinator re-signed his contract on Tuesday.