Big re-signing for the Leipzig Kings for the upcoming season. 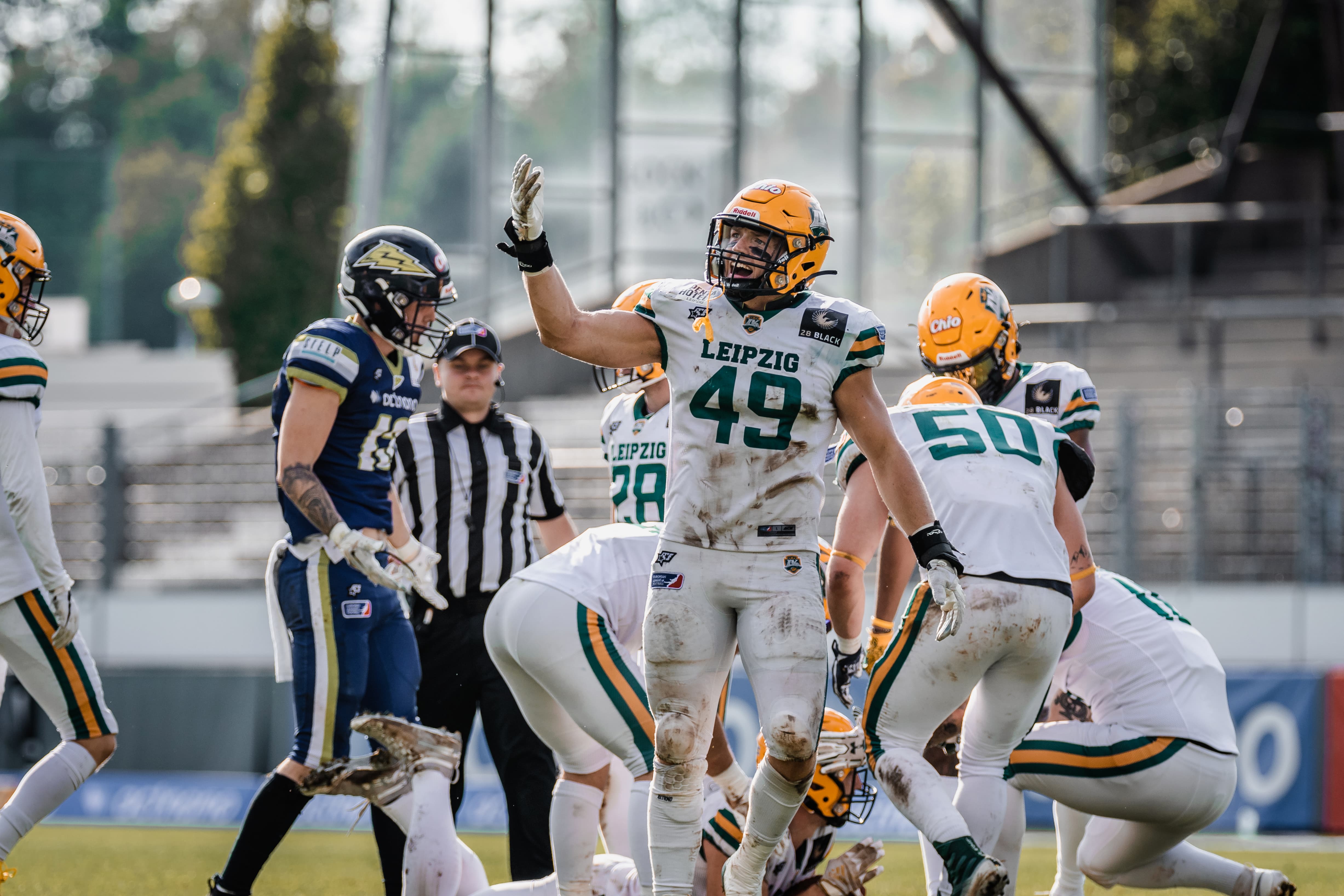 AJ Wentland is back in yellow and green with the Leipzig Kings. © Fiona Noever

The Leipzig Kings send a life-sign towards their fans. With their first signing going into the offseason, the Kings have re-signed AJ Wentland, linebacker and tackling leader of the European League of Football 2022. Wentland was one of the leaders and fan-favorites last year and showed this exact leadership in the defense, as well as in the special teams. With 160 total tackles, he led the league, adding three sacks, 13.5 tackles for loss and five forced fumbles. The former Division II linebacker is still one of the best in Europe for his position group.

Stud in college football and Europe

The 1.92 m tall and 102 kg heavy athlete from Rockford, Illinois, was a two-time All-American linebacker for the McKendree University Bearcats in the NCAA Division II. He was also voted All-GLVC (Great Lakes Valley Conference) linebacker three-times over the course of his collegiate career. Up to his graduation in 2017, Wentland recorded 412 total tackles, from which he made 145 in his senior year alone. On top of that, he caught three interceptions, scored two touchdowns, and forced six fumbles.

It's about "building a winning culture"

"AJ brings back a lot of defensive production for us. Equally important is the effect he has on his teammates. Securing this signature is a big step towards building our 2023 team. We are really excited to have “Captain” back," said head coach John Booker.

"I am very excited about what coach Booker is doing here, building a winning culture," commented Wentland.

He found his new home in Leipzig. The Kings are building up their roster.