Leipzig Kings – A defense built to stop the run

HC Armstrong about the Kings front seven: “I couldn’t be happier with what we have accomplished there!” 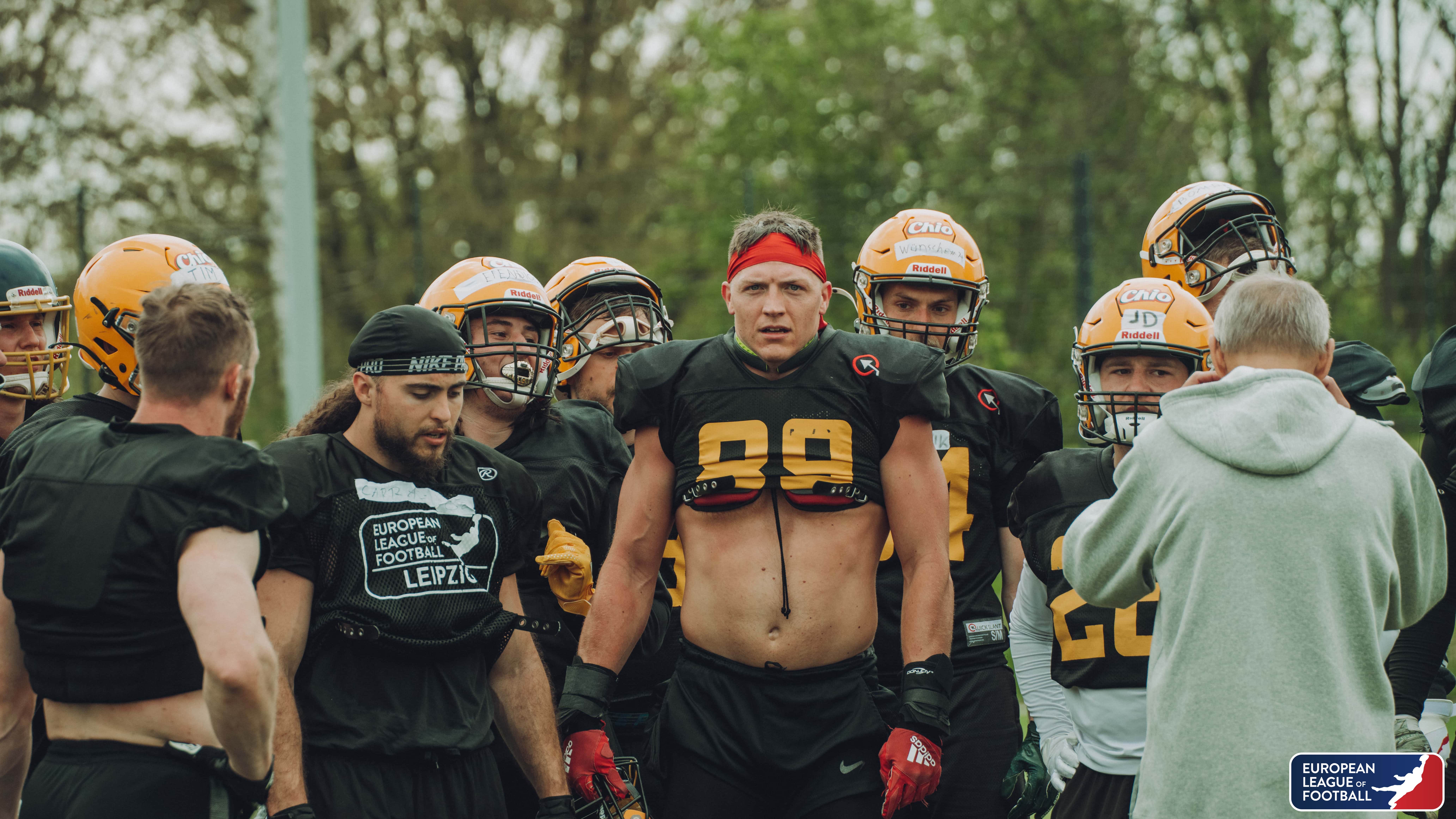 The Leipzig Kings almost reached the playoffs in the inaugural season of the European League of Football. This year, the Saxon-based franchise will try to force their way into the post-season by shutting down the run game.

With A.J. Wentland (photo), Myke Tavarres, Jan-Phillip Bombek, Aslan Zetterberg, Lance Leota and other promising players, the Kings are set to have one, if not the best front seven in the European League of Football this year.

In an interview, Kings head coach Fred Armstrong pointed out the obvious. “I mean we struggled against the run last year. It was one of the main priorities to take care of […].”

By re-signing 2021 All-Star defensive linemen Lance Leota and Aslan Zetterberg, the Kings were starting to move in the right direction.

But no one saw the Kings come away with the signing of former Division I player Jan-Phillip Bombek. In only seven games played last year, the German athlete racked up the third-most sacks (11) for the Sea Devils in the entire league.

With all these signings in place, the Kings even went one step further and have signed the 2021 sack leader of the German Football League in Sasan Jelvani. The German pass rusher was even invited to attend the last CFL Global Combine in Toronto because of his production in 2021.

“I couldn’t be happier with what we have accomplished there. They’re really hungry. […] Were going to be tough,” Kings head coach Armstrong noted.

Armstrong also pointed towards a pair of German players he looks forward to have on his team in 2022. “The guy to watch will be Sasan Jelvani. [And Jan-Phillip] Bombek is showing great leadership in practice!”

However, pulling the strings on the defensive side of the ball will be former CFL coach Richard Kent. “Coach Kent is really getting a feel for the guys that he has,” Armstrong noted. “Coach Kent is an amazing defensive guy. And it’s all about matchups.”

Whether the Kings will be great on offense or not, their defensive front looks ready to come after every player who tries to gain some yards on the ground in 2022.

More news around the King HERE!