“Kicker Fraternity”: The Story of a Friendship

Two of the best European kickers will match up this Saturday! 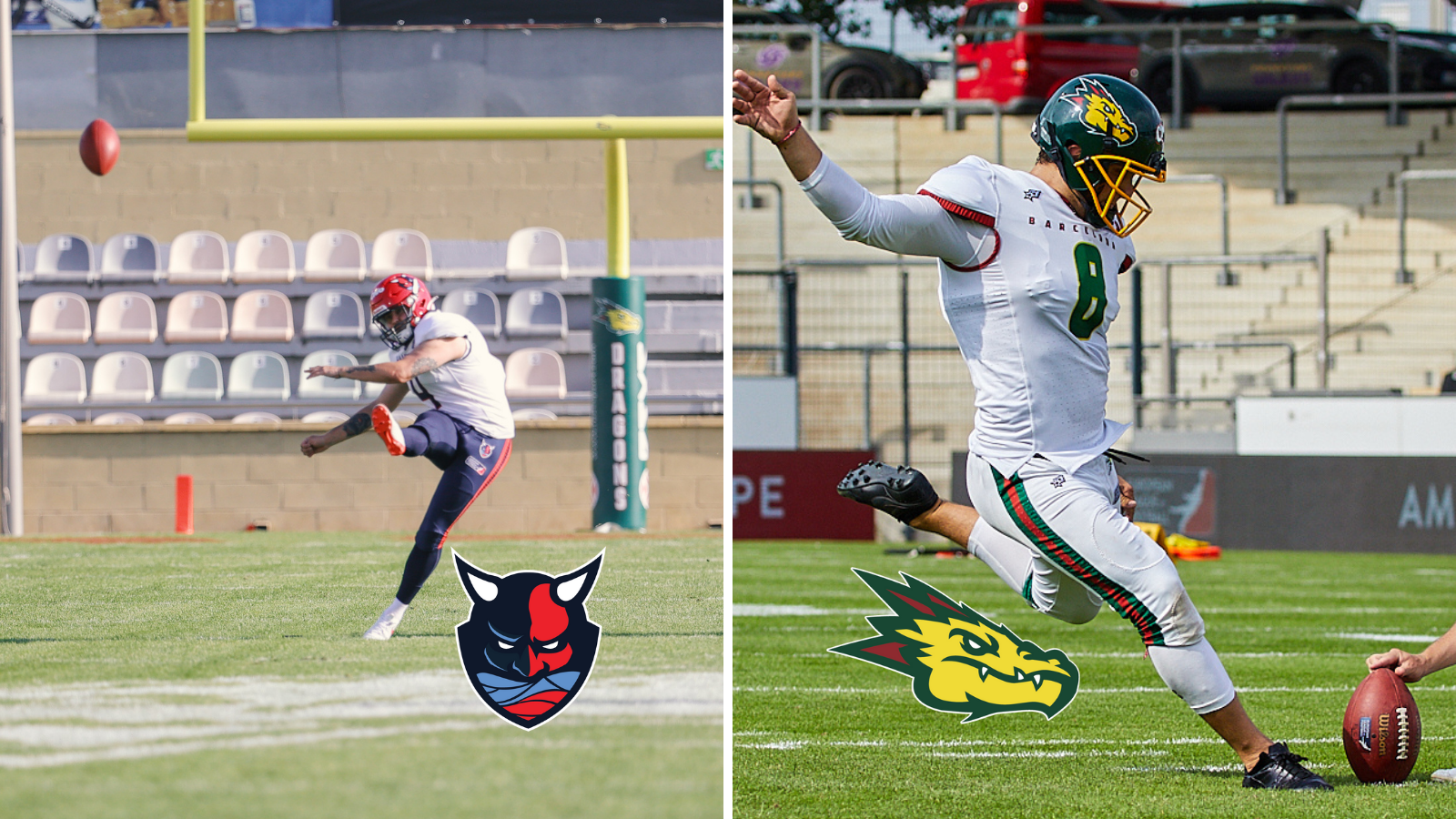 Six weeks into the regular season and we are ready to take the field for week seven. With offenses and defenses showing off their power, one aspect of the game stays under the radar: The special teams. Since the Hamburg Sea Devils came into the league with Ted Daisher, former Special teams Coordinator in the NFL, special teams were an important part of the game. Even after the release of Daisher, the Sea Devils remained one of the toughest teams to beat on special teams. Punt return touchdowns, good field positions and successful kicks on field goals and PATs. Things you need to handle and address if you want to win football games and stay successful in the long run. Two of the best special teams players meet up this weekend in Hamburg. Both are kickers with NFL experience; Phillip Friis Andersen and Giorgio Tavecchio. Both played for NFL teams or participated in training camps.

Andersen first started concentrating on kicking alone in Berlin, then left his mark at training camp with the Tampa Bay Buccaneers with which he signed shortly after. Staying there for just a couple weeks, he got back to Germany and signed with the Hamburg Sea Devils in the European League of Football in 2021. So far, he impressed with game-winning kicks and incredible punts deep into the opponent’s territory. On the other side, there is Giorgio Tavecchio. The 31-year-old Italian went toCalifornia College, but undrafted in 2012. However, he got the chance to tryout for the Oakland Raiders and played for them in 2014. Calling the Raiders his home until 2017, he played for the Falcons in 2018 and for the Titans in 2020. He recently signed with the Barcelona Dragons and already kicked a 56-yard field goal tying his NFL personal record.

Both Andersen and Tavecchio had over 50-yard field goals since joining the league and with the upcoming game, both are appreciating each others work: „I’ve known Phillip for many years now. He is a strong, fundamentally sound kicker who hits a great ball! I have a lot of respect for him“, said Tavecchio on the upcoming game about fellow kicker Andersen. Since joining the league Giorgio left his mark: „I am grateful for the opportunity to kick in game situations. There is no way to replicate this type of dynamic practicing by myself, so I want to keep improving my ability to manage and succeed in these situations“, Giorgio added. On the other side, Andersen gives the same kind of respect to Tavecchio: „I know Giorgio personally. He is a good friend of mine and a really good kicker. He is smart and knows a lot about special teams and is a great addition to this confident team." When asked about a kicker-friendship in football, Tavecchio had a simple answer: „There is a sort of ‘kicker fraternity’ that bonds all kickers, made of mutual respect and empathy because of our shared experiences on the field“.

You can say this game on Saturday will have a lot of highlights on defense and offense but keep an eye on the special teams as well when two of the best kickers in Europe match up.