Week 8 has some exciting games for us. Jadrian Clark will face off against his former team and in the battle of Austria two of the league’s best teams will play each other. 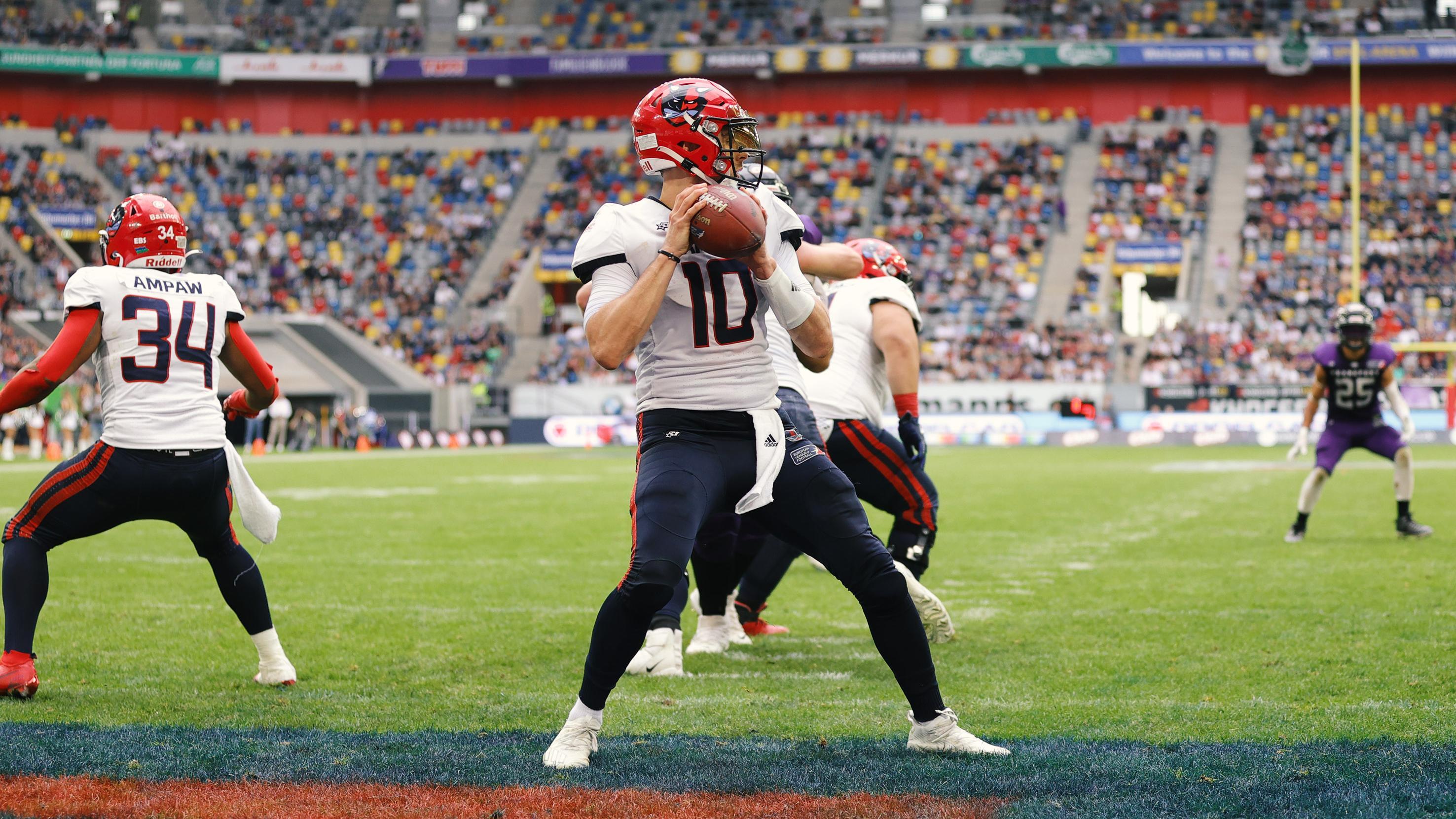 After Rhein Fire announced that Matt Adam will be out for season due to an injury, they already had his replacement under contract. Jadrian Clark leaves the GFL 2 and joins the European League of Football once again. His first opponent? His former team, which he took to the first ever championship game. The quarterback he will face on Sunday? Salieu Ceesay, his backup last year and now successor as the signal caller in Hamburg. Will Clark punish the Sea Devils for letting him go, or can Ceesay show that it was the right call to roll with him?

The battle for Austria is back! After already facing of in a highly competitive game in week one, the Vikings and Raiders are hungry for another W. Since both teams are in the top five in rushing yards, a lot of weight will be on the shoulders of Tobias Bonatti and C.J. Okpalobi for the Raiders and Florian and Anton Wegan for the Vikings. Can the Vikings stay undefeated, or will the Raiders take the win, making the race for the first place of the Central conference close again?

After a brutal 0-70 loss at home against the Sea Devils, things needed to change in Istanbul. The team parted ways with starting quarterback Jared Stegman and signed former DIV I FBS quarterback Isaiah Green. But the Marshall University signal caller will not have an easy debut, facing a Barcelona team with only one loss and defensive backs like Jordi Brugnani. Brugnani, who has already three interceptions on the year, is one of the league’s best pass defenders and could possibly make Green’s debut a nightmare.