Week five in the European League of Football is right around the corner! These are the most important matchups that you should keep an eye on. 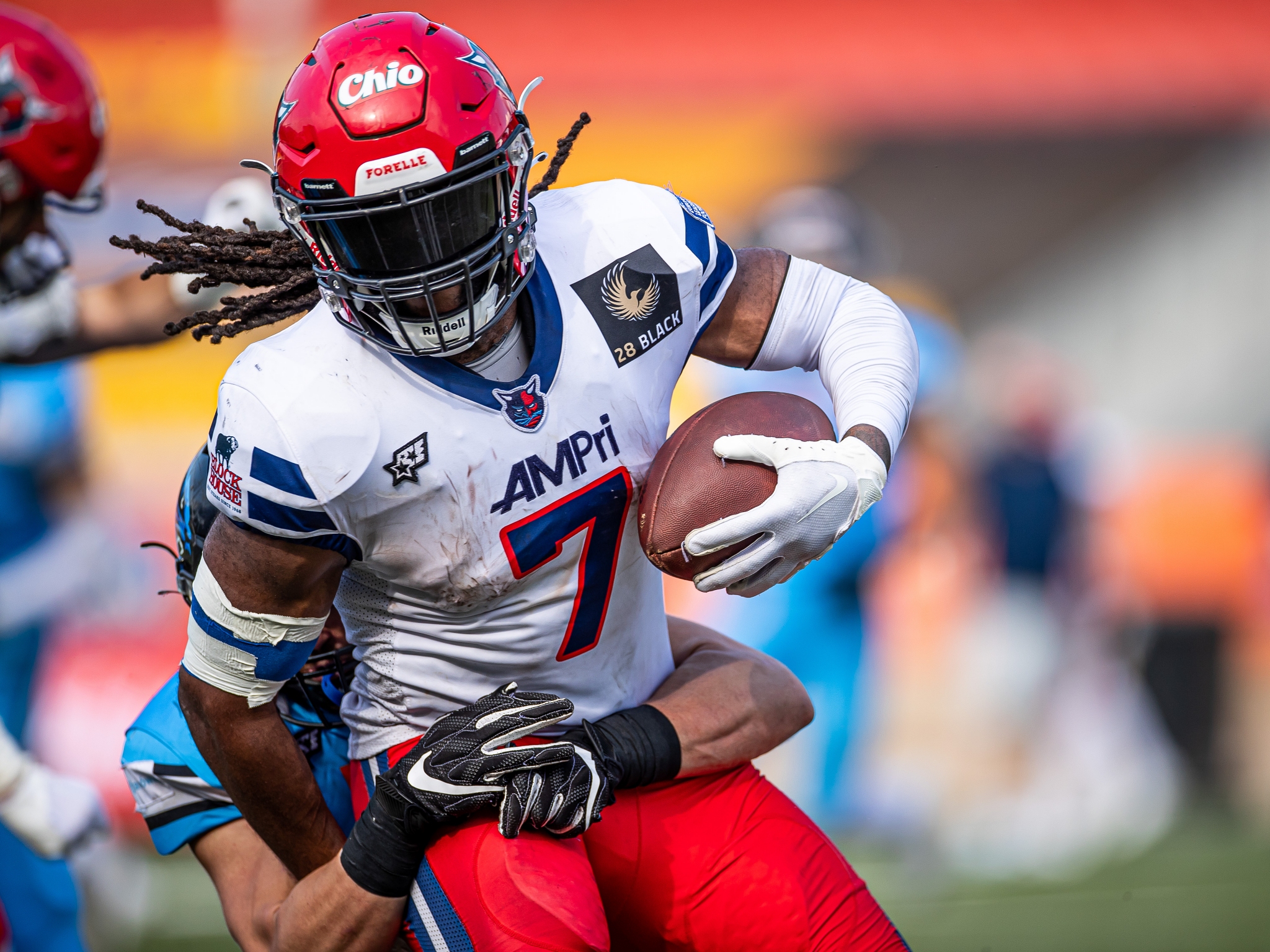 Paul Seifert and Marius Kensy are two of the most talented young linebackers in the European League of Football. On Saturday, the two German national team players will face each other on the gridiron. Who can outperform the other and get their team back on track with an important victory?

Struggling to find his rhythm over the last games, Jared Stegman is now faced with playing the league’s best defense and the player with the most interceptions in the European League of Football in Jordi Brugnani. After hauling in his third interception last week, the young Spaniard looks poised to pick off another on Saturday.

Two of the best rushers in the league are going head-to-head in Hamburg. Although Toonga has 269 yards and two touchdowns more than Aguemon, the Rhein Fire back ranks third among the league in both categories. Can the Frenchman close the gap to Toonga, or will the British keep running away from everyone?

After having an impressive three touchdown game against Hamburg last weekend, Malik Stanley will do everything he can to solidify himself as a top three wide receiver in this league. Jordan Bouah, who stepped up significantly after Bierbaumer’s injury, catching seven passes for 161 yards and a touchdown. But can they back up their amazing performances from week four?

Jakeb Sullivan is back! After losing in week one and being sidelined for their week two loss, Jakeb Sullivan is back and better than ever, leading his Galaxy to two dominant wins in a row. Sean Shelton on the other side, managed to revive his Raiders as well, going from 0-2 to 2-2. Which quarterback will lead his franchise to their first record above .500?

Life has been tough for both franchises, as they have been struggling to show their potential on the weekend. To pick up their first win of the season, the Surge rushing game, which ranks last in the league must step up and show what they are capable of. Luckily, they are playing the Kings, who have an outstanding pass rush, but also feature the worst rushing defense in the league. Can the Surge finally get their run game going, or will the Kings be able to shut down the run once and for all