American football is a game of details and trifles. To learn more about it, let's take a closer look at the most exciting matchups. 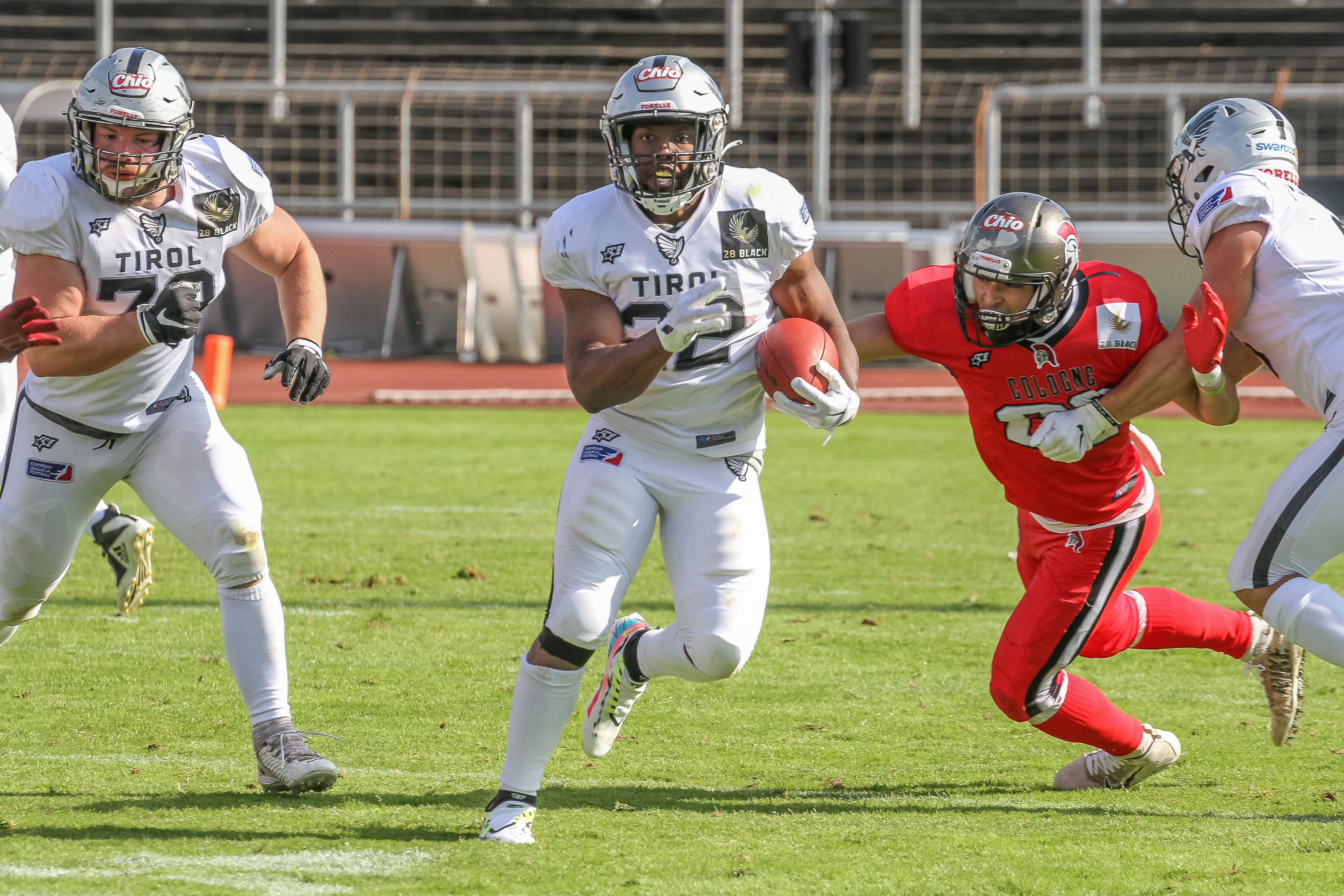 Entering this weeks’ top-matchup with a league-high 262 yards and four touchdowns, Kyle Sweet will be the point of emphasis in Cologne’s defensive game plan. Luckily for the Centurions, they have one of the best defensive backs in the league. Kalon Beverly will most likely take on the responsibility of neutralizing Barcelona’s most dangerous weapon. Regardless of who comes out on top, it will be fun to see the two former Division I players go head-to-head.

Although the Kings are standing at 0-2, they have one position group that is raising havoc on opponents: Their linebacker corps. Jan-Phillip Bombek, AJ Wentland and Myke Tavarres are terrorizing offensive lines and quarterbacks with a combined six sacks and 50 tackles. Meanwhile the Sea Devils offensive line is still banged up. Starting left guard Robin Fensch will be active for the first time this season, but center David Weinstock is still out. It will be interesting to see whether Hamburg can put an end to Leipzig’s dominance.

Growing up in Vienna, Precious Ogbevoen learned how to play football at the Vienna Vikings Academy. On Sunday he will return home. But as an opponent. The Surge standout linebacker, who amassed 16 total tackles last week, will be faced with the task of stopping Vikings leading rusher Florian Wegan, who ranks 4th in rushing yards in the entire league. Stopping the run game would give the Surge the chance to get their first W on Sunday.

The Istanbul Rams had a rough start to their first season in the European League of Football, but there is one bright spot on their roster: Tyrese Johnson-Fisher. The British running back is accounting for half of the Rams touchdowns this season. He will be matching up against Rhein Fire middle linebacker Lukas Ruoss, who is playing a great season so far, as well. With 12 tackles, one forced fumble and a pick six to his name, Ruoss will make life difficult for the Rams and especially Johnson-Fisher.

With Panthers starting quarterback Justice Hansen being injured, wide receiver Bartek Dziedzic will take over the role as Wroclaw’s signal caller. But he is no unknown at this position. Before joining the European League of Football, Dziedzic led the Panthers to a Polish Bowl victory, playing quarterback for the team. But the level in the European League of Football is way higher than in the Polish league. The Galaxy secondary is featuring two US Americans in Ja’len Embry and Fernando Lowery as well as homegrown talents like 2021 All-Star Joshua Poznanski and Karim Ben El-Ghali. The big question remains: Will Dziedzic once again carry the Panthers to an important victory, or will he crumble against last years’ champions?

After already showing his potential last year, Paul Seifert seems to have his breakout season this year. With 21 tackles and two tackles for loss in the first two games, the 25-year-old is playing a massive role in the Thunder defense. This weekend he will face a tough challenge. Logan Moragne, who is second in rushing yards (192) and tied for first place in rushing touchdowns (3) is looking to secure the first win for his Raiders. Can the Thunder defense stop the American running back or will he run over them like the Sea Devils backfield did in week one? We are going to find out on Sunday.