Running Back Cokadar: “Playing with heart on the field is one of the biggest strenghts of us“ 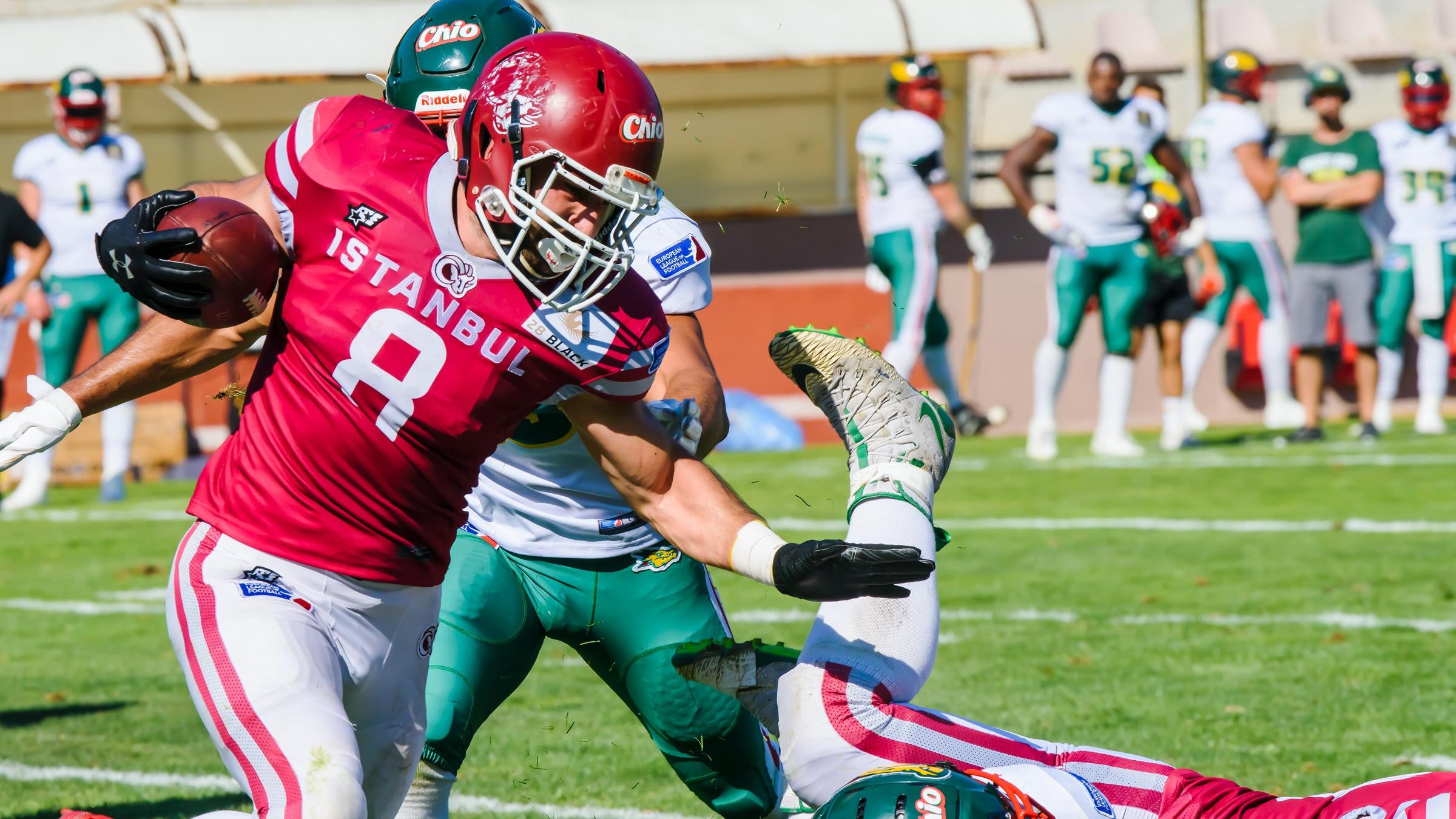 The Istanbul Rams did it. After going 0-6 in their first six games this season, the Turkish franchise finally pulled off their first win ever.

The 5-2 Barcelona Dragons were not prepared for what was to come. With dual-threat quarterback Isaiah Green and Turkish running back Taha Cokadar, the Rams were bullying their way through the defense for the win.

In an interview, Cokadar acknowledged that the attitude with which the Rams play is their biggest strength. “Playing with heart on the field, is one of the biggest strenght of us. In Istanbul, many players spend two to three hours on the road just to go to training. When this is the case, playing a single minute of our time on the field without a fight would be like [a] betrayal of the days we came to training. So, we know as a team that giving your best no matter the situation makes us better everyday.”

Giving their best was just enough last Saturday as the final score stood at 22 – 19 favoring the Rams. Cokadar himself recorded one rushing touchdown and 55 net rushing yards on the day.

When asked what his performance meant to him, Cokadar noted that he is more than happy with his last game. “It means a lot to me. This is an opportunity to show everyone that I can be a competitive player at this level and I want to prove myself.“

RB Cokadar: “It's time to turn that spark into a fireball“

After their first win, Cokadar wants the Rams to keep moving in the right direction. “We have made many changes since the beginning of the season. Since Week 1, we know what we are capable of. We just needed a spark to finish the second half better. It's time to turn that spark into a fireball for the rest of the season“.