In all of the world's top leagues, the duel between David and Goliath will take place at some point. Miami Dolphins vs. New England Patriots in Brady's days or Germany vs. South Korea at the 2018 World Cup gives hope to one or the other. We find a similar matchup this week. 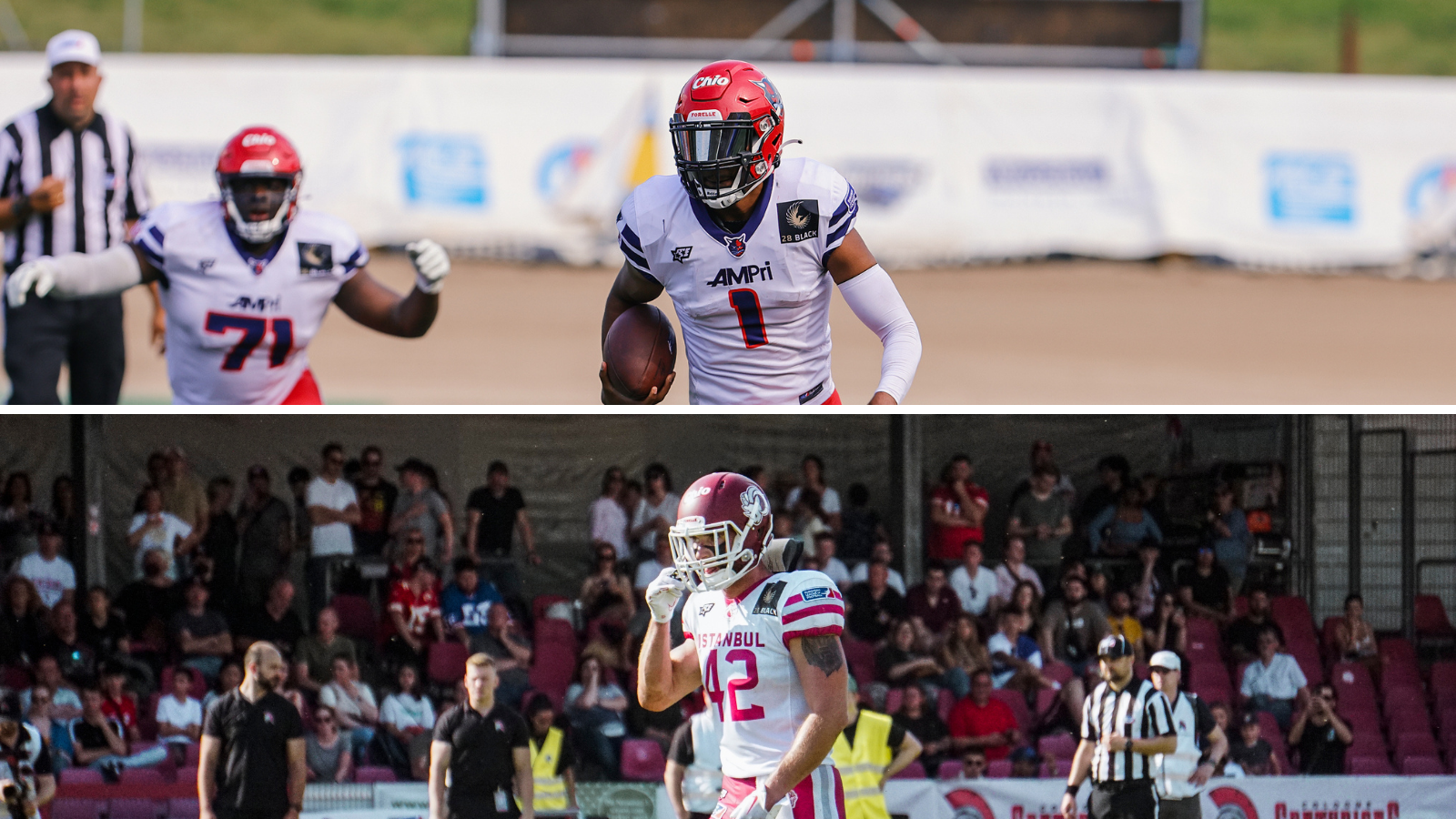 Salieu Ceesay and the Sea Devils against Zachary Blair and the Rams. © Agentur Freitag / Aslınaz Aykaya

The Hamburg Sea Devils will face the still winless Istanbul Rams this Saturday. A Rams team that has had to endure a lot of change. While Jared Stegman still leads the Rams offense, Tyrese Johnson-Fisher, Jalen Conwell or for example Muneyuki Kinoshita are already no longer with the team. Instead, playmaker Devin Heckstall came in and has been causing a stir ever since. Defensively, the Rams stood out with an intense but inconsistent performance. Too little to set themselves apart in a strong Southern Conference.

Jalen Conwell is now with the Stuttgart Surge

Who can beat the Sea Devils and why?

The Hamburg Sea Devils on the other hand are unbeaten since the setback in the second game against the Dragons. Against the Kings, Rhein Fire or Panthers, the Sea Devils, led by Head Coach Charles Jones, were hardly stoppable with their extremely strong defense and rushing attack. How will the Rams manage to handle that? Looking back at the Hanseatic franchise's game against the Dragons, one is struck by the fact that this Sea Devils team can only beat itself. Penalties and undisciplined situations dominated the game. The Dragons were able to capitalize with a strong performance that still keeps them on top as an undefeated team so far - and rightfully so. The Rams will have to hope that the Sea Devils team beats itself. Head Coach Charles Jones, by his own admission addressed the issue early on.

"The Rams have nothing to lose"

“We already addressed the Istanbul game on Sunday. We cannot sleep on any team. I am not going to allow it. Some people think I am overly strict, but you can’t take wins for granted. The Rams have nothing to lose. Our challenge for our defense is to keep the quarterback in the pocket as much as possible,” Charles Jones said, explicitly speaking about Jared Stegman connecting with Devin Heckstall as their go-to-guys and their defensive performance, adding: “We got to make sure to press forward and play a more efficient game and fix penalties. That’s what Championship teams do. We have not played our best game yet.”

‍
What stood out against Rhein Fire: If the opposing quarterback runs out of the pocket and extends the play, the Sea Devils are vulnerable. These are things that Stegman and Zach Edwards excel at. No matter what, it will be a tough game for the Rams if the Sea Devils dig in. However, if you look at history, it has also been the underdogs that have been able to upset the favorite. Will it be a trap-game for the Sea Devils? Only Saturday's game can tell. If you look at the Patriots last three games against the Dolphins, the Patriots always went in as the favorite and we all know how it turned out.