How the new kickoff rule will change the game in 2022 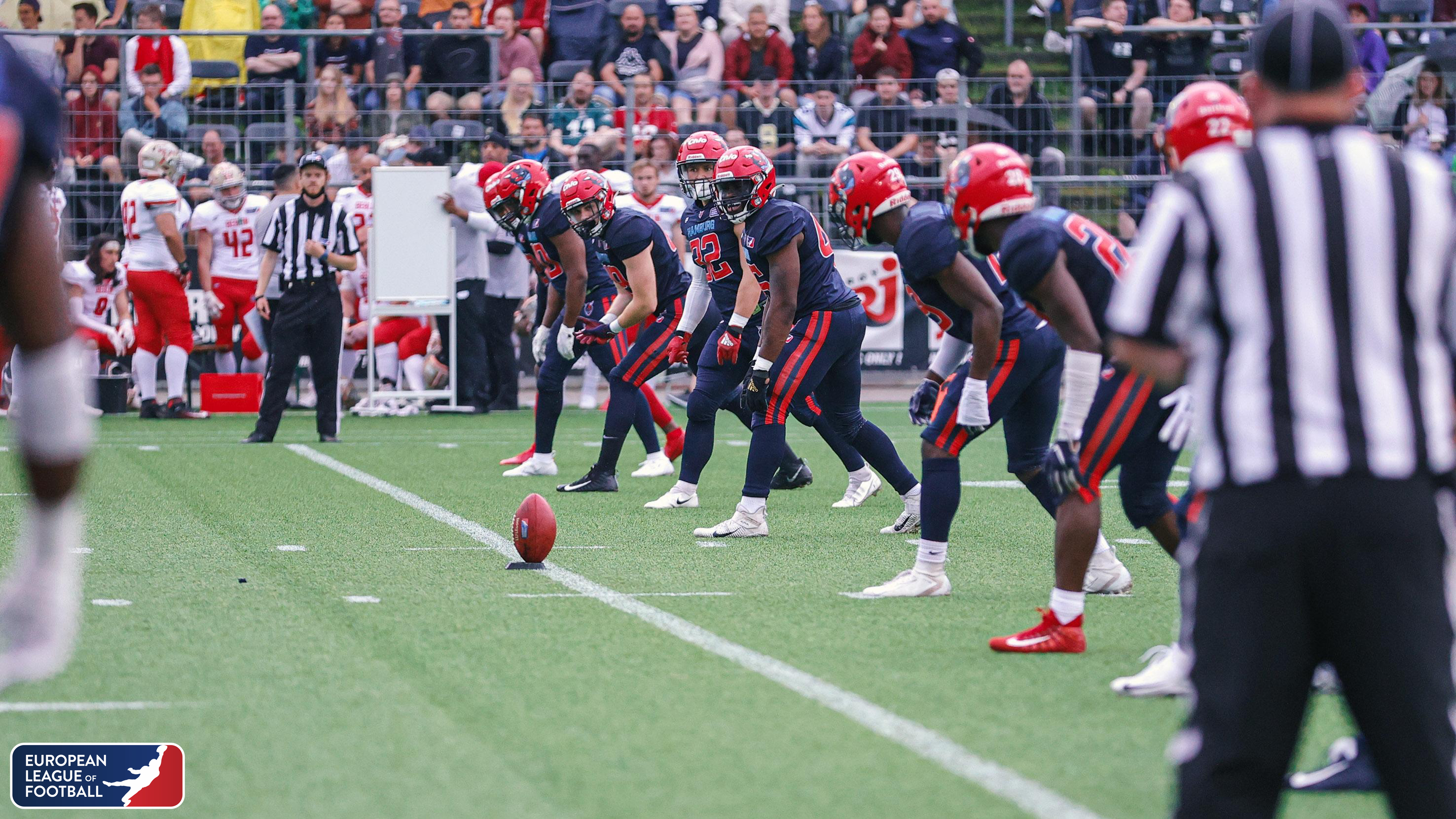 Hamburg Sea Devils kicking off a game in 2021. ©Michael Freitag

After long discussions, the European League of Football has changed the kickoff rule for its second active season.

In 2021, all kickoffs were executed along NFL guidelines. This year, the league has changed to another proven kickoff rule that puts the players safety first and is even more entertaining at the same time.

In an interview with Jennifer Becks, Deputy Head of Officiating Malte Scholz commented on the thought process behind changing the rule. “We thought that we needed to […] protect our players in the European League of Football.”

With speedy returners returning to their teams and a lot of new playmakers signed by franchises for the upcoming season, the new kickoff rule promises a lot of excitement but also more safety.

“What has changed is the standard kickoff,” Scholz pointed out. “So, […] unless adjusted by penalties, the kicker stays on his 30-yard line, and we have only one returner staying between the goal line and the 20-yard line. The other players are lined up at the [returners] 30- and 35-yard line. […] We expect more returns, creating more excitement for everybody and I think we will see great kickoffs without huge injuries.”

With those new rules, the Hamburg Sea Devils look poised to make their opponents pay the price of lining up across Jéan Constant, Justin Rogers, or Lamar Jordan II as the designated returner.

In fact, Constant and Rogers both ended up returning the most kickoffs in 2021 next to Centurions wideout Quinten Pounds. However, Constant, Rogers, and Pounds all ended up with just one kickoff return touchdown last season.

By applying the new kickoff rules this summer, that number of kickoff return touchdowns is probably about to drastically change.