Marcel Dabo and Adedayo Odeleye were the first athletes of the European League of Football getting invited to the NFL International Player Pathway program. We will show you what awaits both players now! 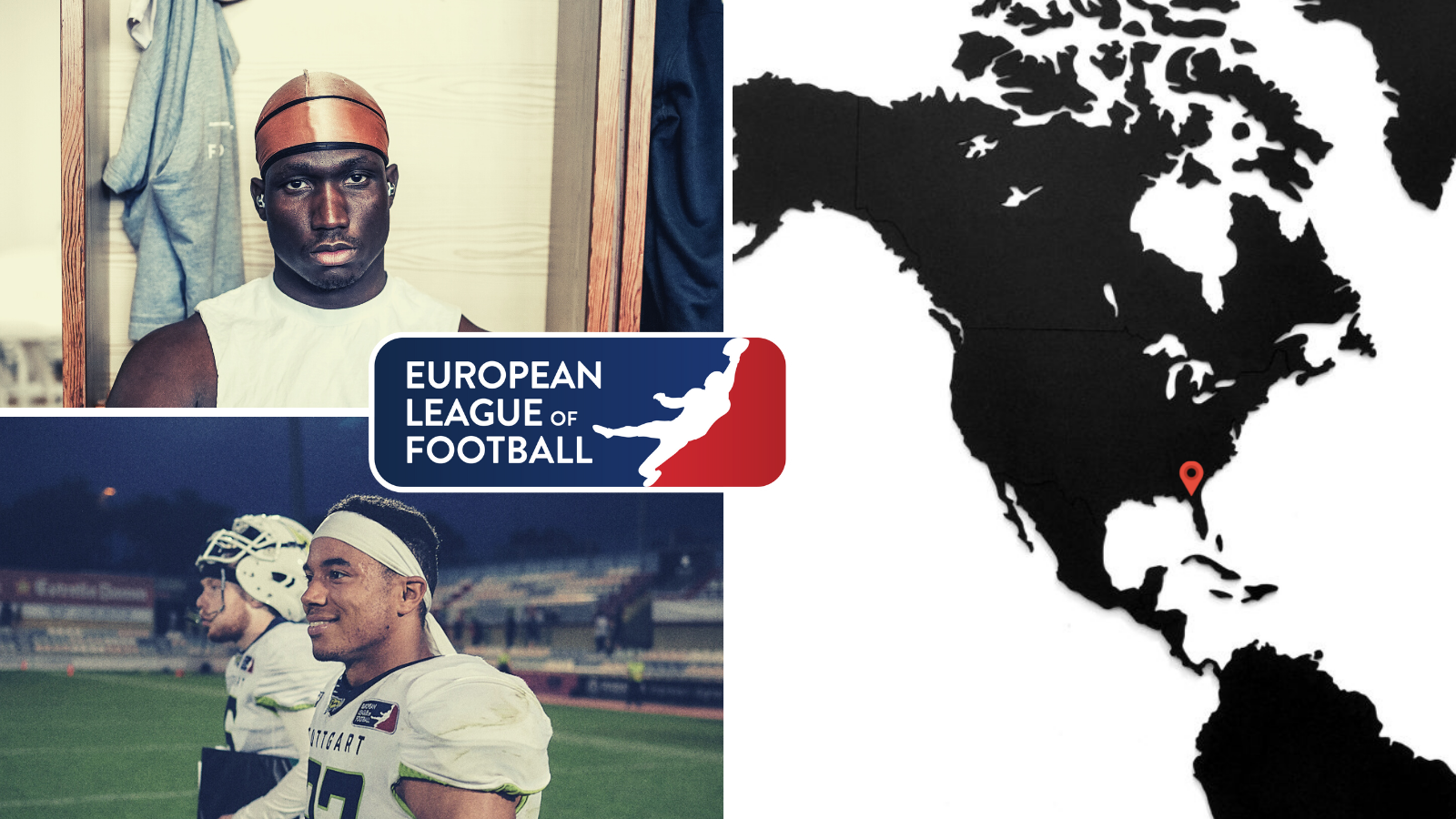 Adedayo Odeleye and Marcel Dabo will travel to the US to show their skills. © Steffen Schmitz / Sarah Philipp

The NFL invited Marcel Dabo, Stuttgart Surge, and Adedayo Odeleye, Berlin Thunder, to participate in the yearly International Player Pathway-program to train with NFL Coaches and show their skills. A giant chance for both players showing off infront of NFL scouts.

The program was established in 2017 with players like Jakob Johnson, New England Patriots, or Efe Obada, Buffalo Bills, joining the IPP and later NFL programs. 56 players from 16 countries participated in the NFL international combine in London in October 2021, while only 13 players were selected by the NFL to join the IPP in total from Europe, Africa and South America.

What they can expect in the nfl

With the European League of Football preparing the athletes for bigger tasks, one of the NFL’s eight divisions, to be chosen at random, will receive the international players selected for the 2022 program should they not be signed to free agent contracts. At the conclusion of training camp, each player will be eligible for an international player practice squad exemption with his assigned team. This grants the assigned team an extra practice squad member. Under certain parameters, players can also be elevated to the active roster during the regular season.

The first stage of the process begins at the beginning of february, training until march with the players getting their shot at proving their skills. The wait could be over if an NFL franchise chooses to pick a global prospect in the NFL draft.

While the European League of Football is even bigger with 12 teams playing each other in 2022, the reach of the league is growing. European talents have the chance to use this reach to improve and maybe get a shot in the next years. The next Jakob Johnson is waiting to be discovered.