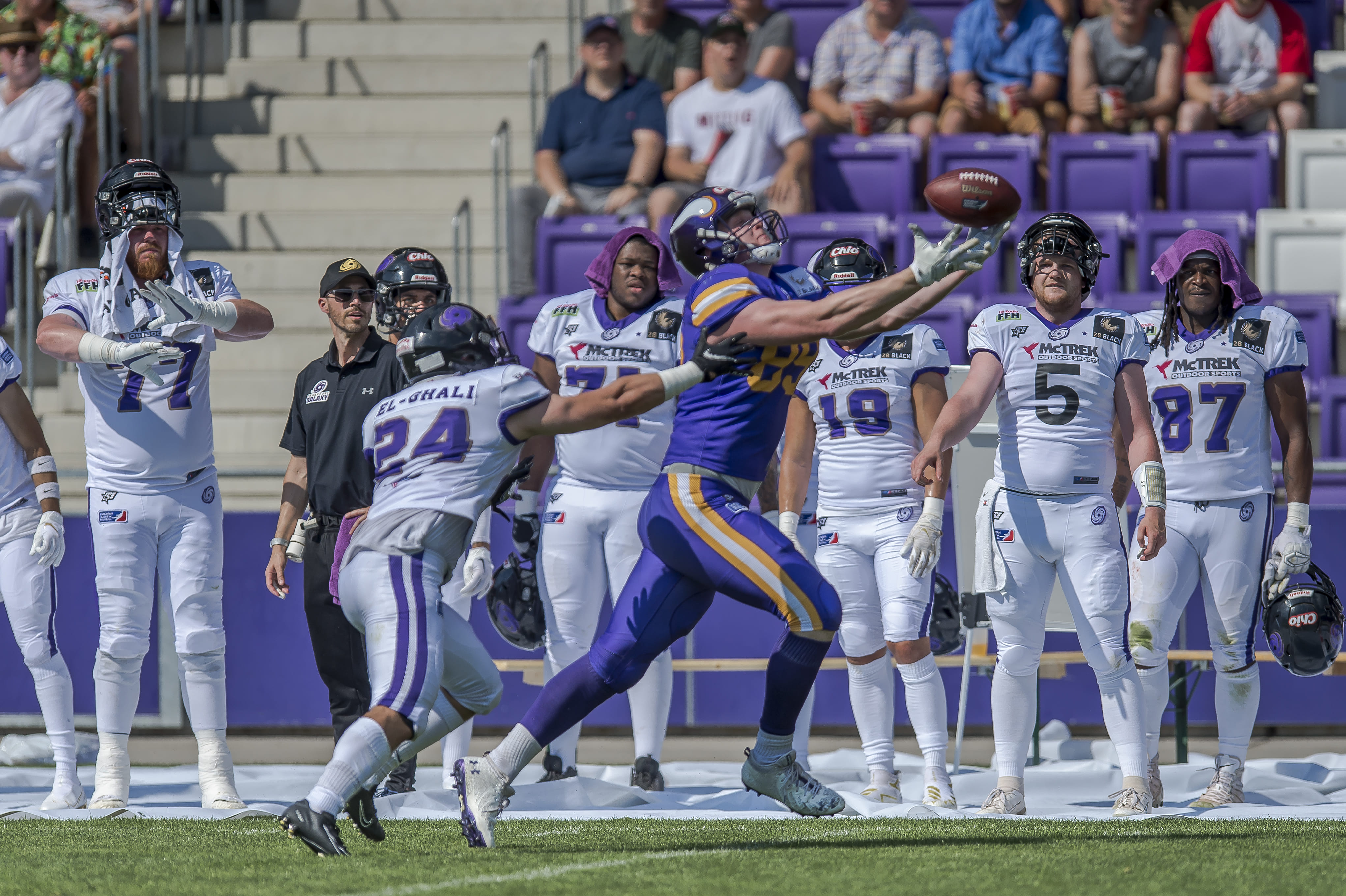 Florian Bierbaumer was dominant in Week 1 of 2022 for the Vienna Vikings. ©Hannes Jirgal

Jan Starý will lead the Lions in sacks

By signing Jan Starý, the Prague Lions secured one of the if not the best homegrown defensive ends for their franchise. The former Prague Black Panthers and Vysočina Gladiators standout won two CAAF titles before joining the Znojmo Knights in the Austrian Football League.

In the AFL 2022 season, the Czech edge rusher ranked second in the league with seven sacks, just one less than the league leader. Having his Knights teammate Jakub Smutny, who had five sacks as well, join him in Prague, raises the potential for Starý to face and win one-on-one matchups in the upcoming season.

Lucas Harting Candido is a Rookie of the Year candidate

There will be plenty of homegrown running backs in the European League of Football in 2023 and many of them will see increasing playing time. One of the newest additions is Lucas Harting Candido, the talented Hamburg native, who joined the Hamburg Sea Devils two weeks ago.

The 19-year-old was a standout for the Hamburg Huskies youth team and played at the Junior College level at College of the Canyons. After seeing him at the Sea Devils combine, I am convinced that he will see the field a lot for two-time runners-ups and can have a significant impact on the Hamburg offense. Due to his athletic capabilities and football IQ, he is someone you should keep in mind as a candidate for the Rookie of the Year award.

Florian Bierbaumer will lead the league in touchdowns

After terrorizing the European League of Football with three touchdowns in Week one for the Vienna Vikings and 216 receiving yards over the first three weeks, Vikings wide receiver/tight end Florian Bierbaumer took the league by storm. But the 1,98 m tall phenom’s season got cut short due to a severe knee injury.

The Austrian standout will make his return in 2023. And he will come back with a bang! His unique combination of speed and size is making him an unguardable target, especially when it comes to the redzone. I believe that his frame and athletic abilities will make him the redzone target number one for quarterback Chris Helbig, which will lead to Bierbaumer leading the European League of Football in receiving touchdowns in 2023.‍