Hot Take Friday - Most dominant linebacker in the league

Welcome to Hot Take Friday! Every week I present you my newest HOT TAKE for the upcoming European League of Football season. 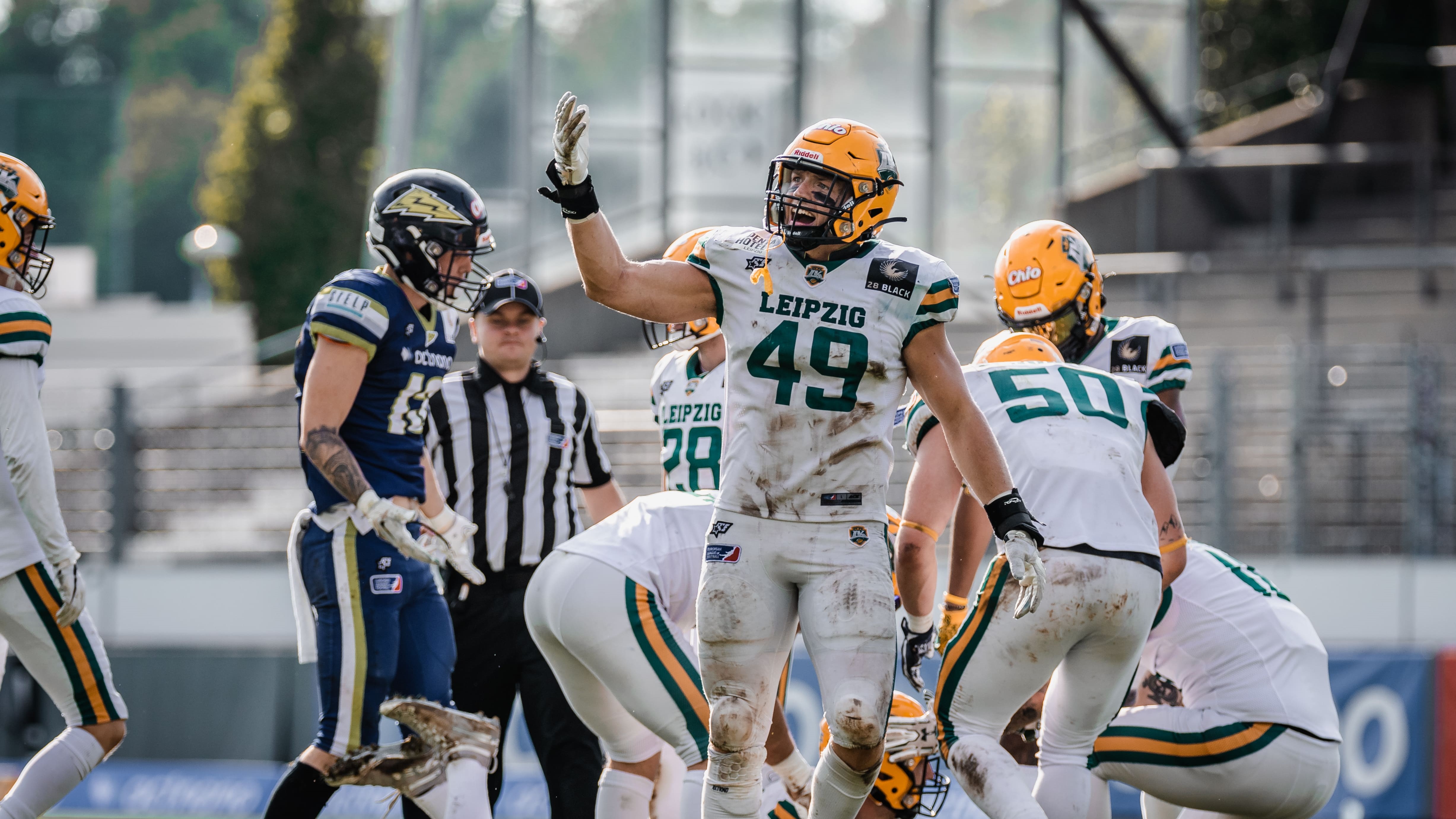 Defensive Player of the Year nominee AJ Wentland will return for another season in the European League of Football. ©Fiona Noever

The European League of Football has seen some dominant inside linebackers over the past two seasons. From tackle beasts like Wael Nasri, sack monsters like Myke Tavarres and dominant allrounders like Thomas Schnurrer. But there is another freakish athlete in the European League of Football that will stand out once again: Leipzig Kings middle linebacker A.J. Wentland.

Adrian Joseph Wentland was a three-time all-conference player at McKendree University, racking up 421 total tackles, 23.5 TFL, eight sacks and four interceptions during his four-year career at the Division II school. After graduating, the standout linebacker made his way to the German Football League, where he joined the Dresden Monarchs. In his two-year tenure with the Saxonian franchise, the Illinois native had 411 total tackles, seven sacks and three interceptions in 32 regular season games, before joining the Kupio Steelers in the Maple League.

In his only season with the Steelers, Wentland won the Maple Bowl and was selected to the All-Star team. The American played for the Tirol Raiders and the Dresden Monarchs in 2021, winning a championship with both teams, before deciding to take the next step by joining the Leipzig Kings in the European League of Football.

During the 2022 season, the Kings' middle linebacker played like a maniac, showing his talent on defense as well as on special teams. His league record 160 total tackles, along with 13.5 tackles for loss and five forces fumbles, earned him not only a First-Team All-Star selection but also made him a nominee for Defensive Player of the Year.

Returning to a franchise he already knows and where he feels comfortable, puts Wentland in the perfect position to show his dominance once again. This, combined with his athletic abilities and tremendous talent, leads me to believe that he will be the best linebacker in the European League of Football in back to back years, racking up 150+ total tackles and 10+ TFL two seasons in a row.