Every Friday we discuss hot takes that everybody will be talking about in the upcoming European League of Football season! 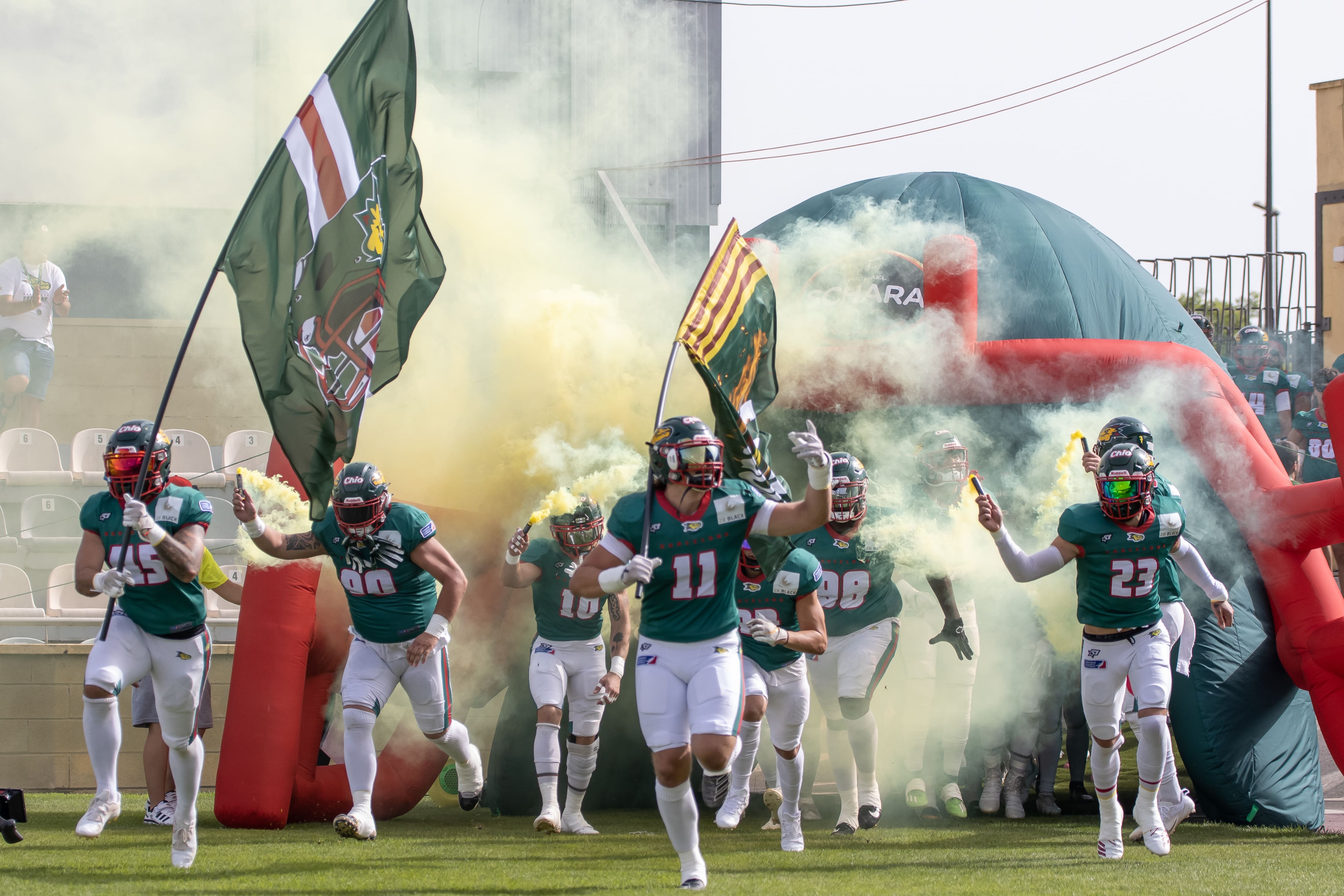 The Barcelona Dragons will be a bottom three team in 2023. ©Jordi Dols

After almost two weeks of free agency there have been plenty of moves that make room for new speculations. So let’s dive right into this week’s hot takes.

Dragons will be a bottom three team

After being the Cinderella story of the 2022 season, culminating in a miraculous playoff berth, the Barcelona Dragons are looking like they will be falling apart in 2023. Parting ways with Coach of the Year and architect of their success Andrew Weidinger left many fans wondering what would come next. Now they seemingly got their answer.

With franchise icon Zach Edwards leaving, difference makers like now Enthroners linebacker Antony Rodrigues and Rhein Fire defensive end Alejandro Fernández left the Dragons as well. Michael Sam is coaching at another team in Spain, and you don’t have to be a fortune teller to predict that Kyle Sweet won’t stay either.

The Dragons will need time to recover from losing every impact player and leader on their team and it is likely that the Spanish franchise will be in a similar position as in their first season. In the bottom three of the league.

Gabriel Cunningham will rush for over 1000 yards

By signing Gabriel Cunningham, the Fehérvár Enthroners made an impressive move that will give their offense an unmatched dual threat ability. The 27-year-old quarterback, who was a three-sport athlete in high school, playing football, basketball and running track, offers almost unmatched athleticism at his position.

After putting up 354 rushing yards in only three games with the Leipzig Kings, ranking him fourth in rushing yards by a quarterback, Cunningham has a good chance to break the record of 549 yards by Zach Edwardsin 2023.

But the Enthroners quarterback will not only beat Edwards’ record by a few yards, he will shatter it and become the first quarterback in league history to rush for over 1000 yards. A benchmark that has only been reached four times, once by Madre London and Glen Toonga and twice by Jocques Crawford.

Frankfurt Galaxy will have a losing record in 2023

This one might surprise many. After dominating the European League of Football and winning the championship in 2021, the Frankfurt Galaxy played solid in 2022, just missing out on the playoffs during the last week of the regular season. Lots of fans believe that the Frankfurt franchise will return to dominance with the comeback of star outside linebacker Sebastian Gauthier and many more.

But many seem to forget that there is a dark shadow in the sky. The Munich Ravens will make their debut in 2023 and pose a massive risk to the Frankfurt Galaxy. Many of coach Kösling’s players are originally from Bavaria and are likely eager to return to their home state. This will might to the Galaxy starters like wide receiver Lorenz Regler and Marvin Rutsch or Second-Team All-Star cornerback Karim Ben El-Ghali, who was present at the Ravens tryout, not returning to the team.

Additionally,to the Ravens,the Paris franchise poses a threat to sign some of the French players on the Galaxy roster. Cheikhou Sow and Kevin Mwamba could make their move to Paris like defensive tackle already Mamadou Sy did and there is the possibility of neither Wael Nasri nor Louis Achaintre playing for the Galaxy in 2023, leaving them without their starting inside linebackers.

By losing great homegrown talents and proven European imports, it will be difficult for Thomas Kösling to build a winning team, since local players are the foundation of every franchise. So don’t be surprised if the Galaxy downwards trend continues, and the once champions end the season with a losing record.