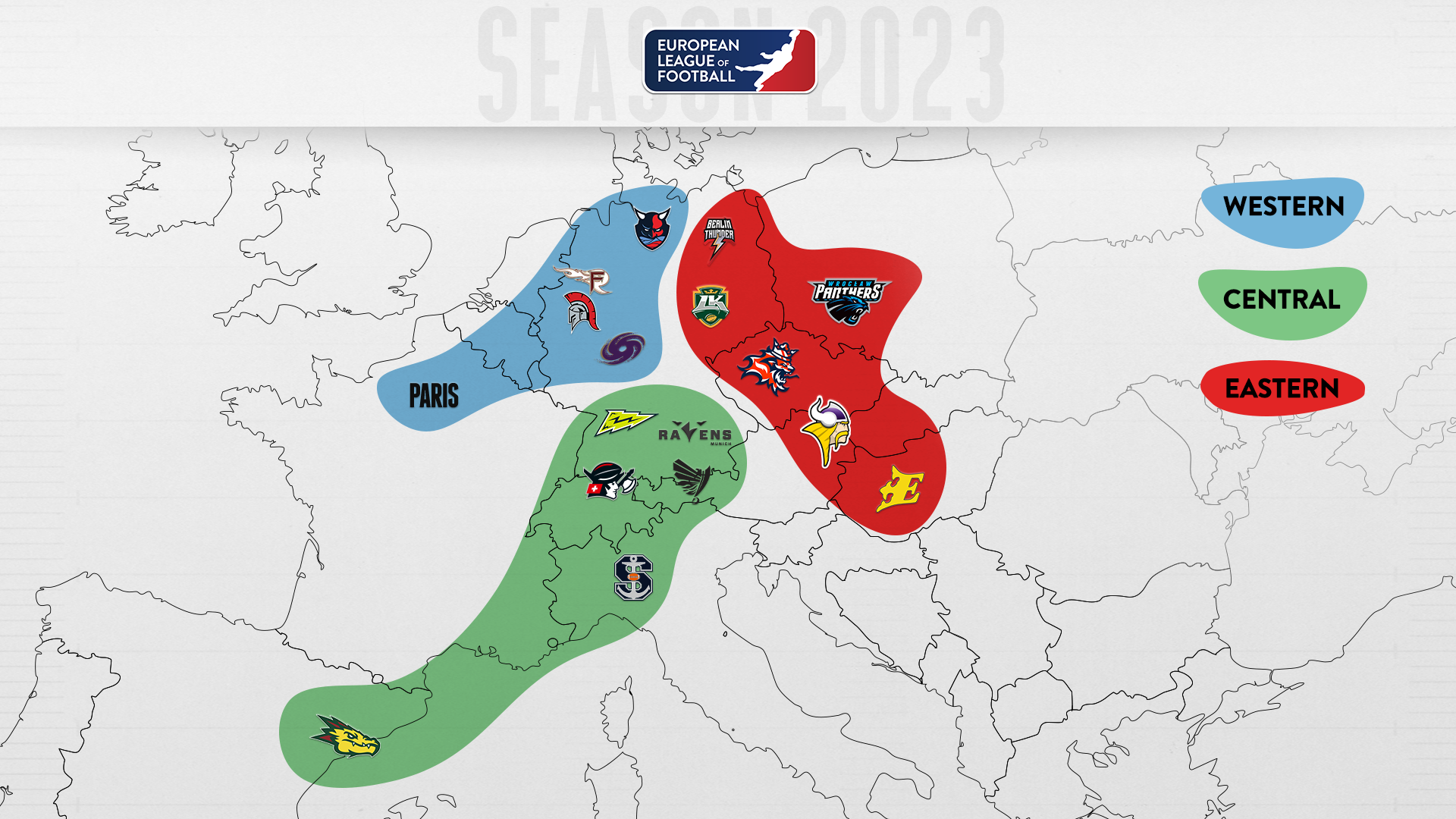 The new Conferences of the European League of Football will cause new and exciting matchups.

The Eastern conference offers the perfect mix between title contenders, 2021 powerhouses and new franchises. With the Leipzig Kings and Wrocław Panthers not having announced their starting quarterbacks yet, I have a hard time projecting them to the top of the conference. The Prague Lions and especially the Fehérvár Enthroners offer interesting dual threat quarterback play, but they will need an additional season to fully acclimate and compete with the top teams in the league. So,the final choice is between last year’s champions Vienna Vikings and the Berlin Thunder.

I believe the Berlin Thunder will win the Conference. Although the Vikings are building a promising roster as well, the combination of an impressive offensive line, the arguably best receiving corps in the league, a dominant looking defensive backfield and two-time Defensive Player of the Year Kyle Kitchenslooks too impressive at the moment to ignore.

The Central Conference offers the most potential for surprises. With three new franchises, two franchises in re-build mode and a playoff team from last year that lost the reigning MVP at quarterback, predicting a winner is a shot in the dark. After losing all their star players and their head coach, I don’t think that the Barcelona Dragons are a contender for the conference’s top spot. Losing MVP and long-time signal caller Sean Shelton puts the Tirol Raiders in a difficult spot too, which is why I don’t see them as a top team at the moment. Although Milano’s roster is looking prominent, they will need another year. I like Munich’s roster but I think a conference win is just out of reach for the first year franchise, which leaves me with just the Helvetic Guards and the Stuttgart Surge to choose.

Both rosters are capable of making a deep playoff run and both coaches offer plenty of experience. In the end I will make a bold choice and go with the Helvetic Guards. When healthy, Collin Hill is the best quarterback in the league and I am convinced that Norm Chow has at least one more ace up his sleeve when it comes to signing American imports.

The Western Conference is the probably toughest Conference in the European League of Football. The five team Conference is stacked. The Cologne Centurions will be the underdog in a conference including the first ever champs Frankfurt Galaxy, and two-time finalist Hamburg Sea Devils, a second year franchise that already flashed excellence in Rhein Fire and a new franchise with arguably the most talented homegrown football players in all of Europe.

Although I believe that the Hamburg Sea Devils and Frankfurt Galaxy will bevery competitive as well and could end up in the playoffs, I think that it will be a fierce battle for the top spot between Rhein Fire and the Paris Football team. In probably the toughest choice i had to make in this article, I amgoing to give the nod to Rhein Fire, due to Jim Tomsula being the more experienced head coach and because of the chemistry the offense already developed last year.