A preview of the playoff matchup in the North Conference with comments by Sea Devils Head Coach Nommensen and Panthers Head Coach Samel. 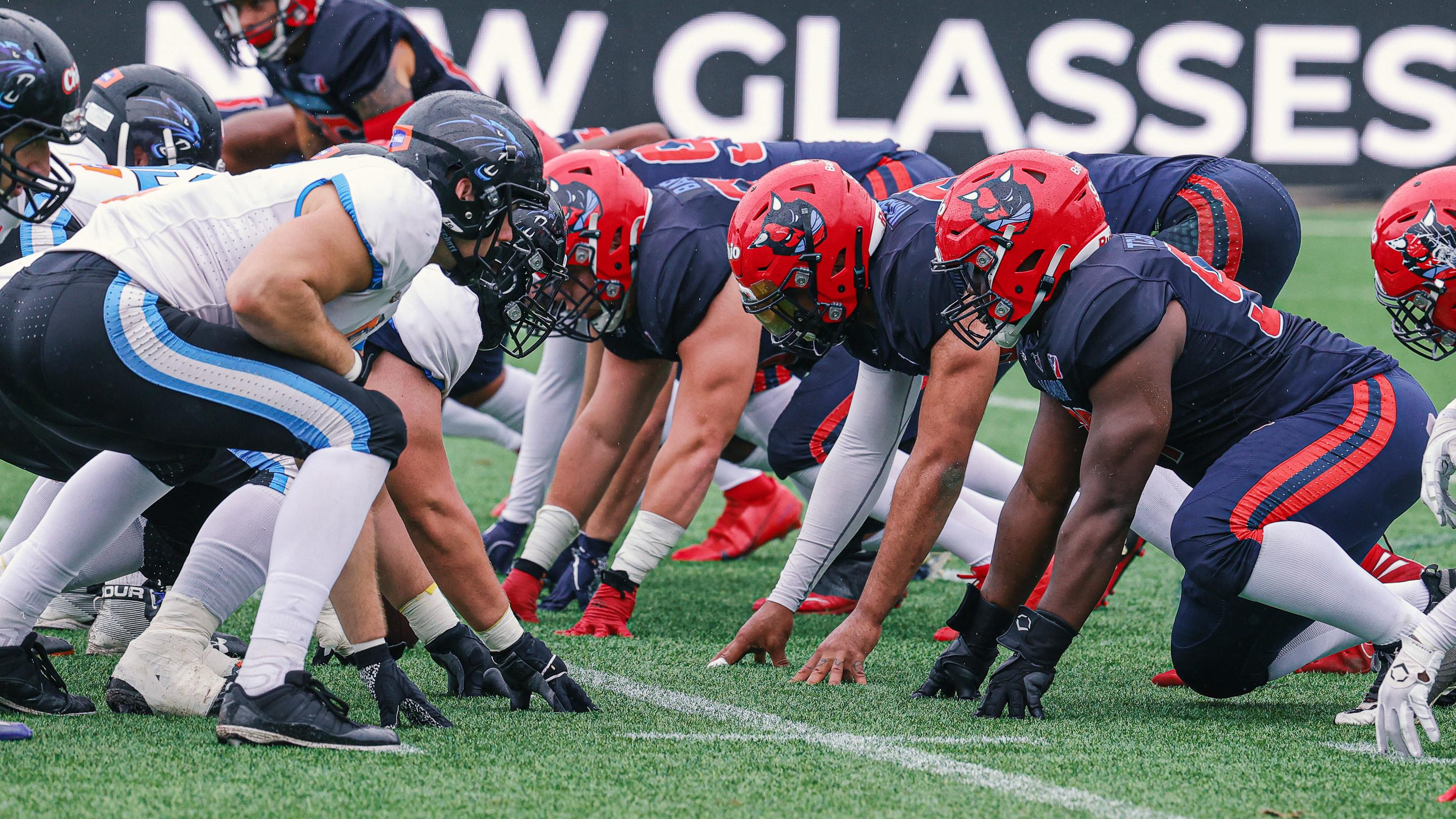 The Sea Devils and the Panthers on the field duing their matchup in week ten. ©Michael Freitag

The North Conference of the European League of Football will be a showdown between its two best teams. The 7-3 Hamburg Sea Devils will face the 6-4 Wrocław Panthers at home for a showdown in the seaside town. On Sunday, the playoff game is going to kick-off at Stadion Hoheluft on Sunday at 2:45 p.m. CEST. The winner of this matchup will face the Frankfurt Galaxy (9-1) in the European League of Football Championship Game.

Ahead of the showdown on Sunday, we talked to both Head Coaches about their views on the upcoming game and the opposing team.

Despite suffering a series of injures in the second half of the season to key-players, the Sea Devils finished first in the North Conference with a record of 7-3 in the regular season. However, Sea Devils Head Coach Nommensen noted that having a bye-week at the end of the regular season certainly helps to get healthy: “It’s an advantage to have a bye-week at the end of the season. You can get healthy for the playoffs and that’s always an advantage”.

When being asked who he think is favored to win this game, Nommensen answered: “As far as the favorite goes for this matchup, I believe its fifty-fifty. We played each other twice. The one time we won by a close score, the other time they won by a close score. So, it’s just equal looking ahead to the game”.

Head Coach Nommensen also discussed what the Sea Devils focused on in the last few weeks of practice: “Concentration. We focused on concentration and execution. When you look at the three big-plays we had against the Panthers, it wasn’t about the play call it was about how we executed the play”.

Getting some players back because of the extra week of rest and focusing on execution and concentration through all four quarters could pay dividends on Sunday.

Having said that, all eyes in Hamburg are set on the showdown of the North Conference against the Panthers.

“We started to prepare right after our game on Sunday. We did regular practices and film sessions. We had everyone focused on one goal, to be the best prepared team in the game”, Panthers Head Coach Samel said in our interview.

To be the better prepared team on the field could be a must, as Samel talked about his high opinion on the Sea Devils: “[The] Sea Devils are a great team that plays great together. Their experienced coaching staff did a phenomenal job the whole year keeping them together, winning close matchups and leading our division. They have playmakers in every phase of the game that can change the momentum of the game on any given play”.

When asked who he thinks will have the biggest impact on the game, Samel pointed towards the signal-callers on both offenses: “Both quarterbacks will have obviously the biggest impact on the game. Both teams have great signal-callers, so this will be a great matchup. Also, special teams will be a huge factor and limiting their great return unit with Justin Rogers and kicker [Phillip] Andersen.

When it comes to the fans, Samel would like to give back and reward the fans for all their support throughout the inaugural season of the European League of Football: “We want to give our fans a great game with a lot of excitement. We want this game to be a reward for their constant support during the course of the whole year”.

On a final note, Samel commented: “We are looking forward to this great matchup and we're ready for the great atmosphere of the stadium in Hamburg”.

With the game kicking off on Sunday at 2:45 p.m. CEST, the first ever champion of the North Conference will be crowned. Both Head Coaches and teams look ready to give it their all in an exciting playoff matchup.

Tune in on ProSieben MAXX, LIVE NOW or on your Gamepass to not miss any playoff-action from the European League of Football.