Hamburg Sea Devils use bye week to recharge their batteries

For the Hamburg Sea Devils football franchise, the bye week comes in handy. After six weeks of exciting football, and a blowout win against the Rams, the Hanseatic franchise is trying to maintain momentum. 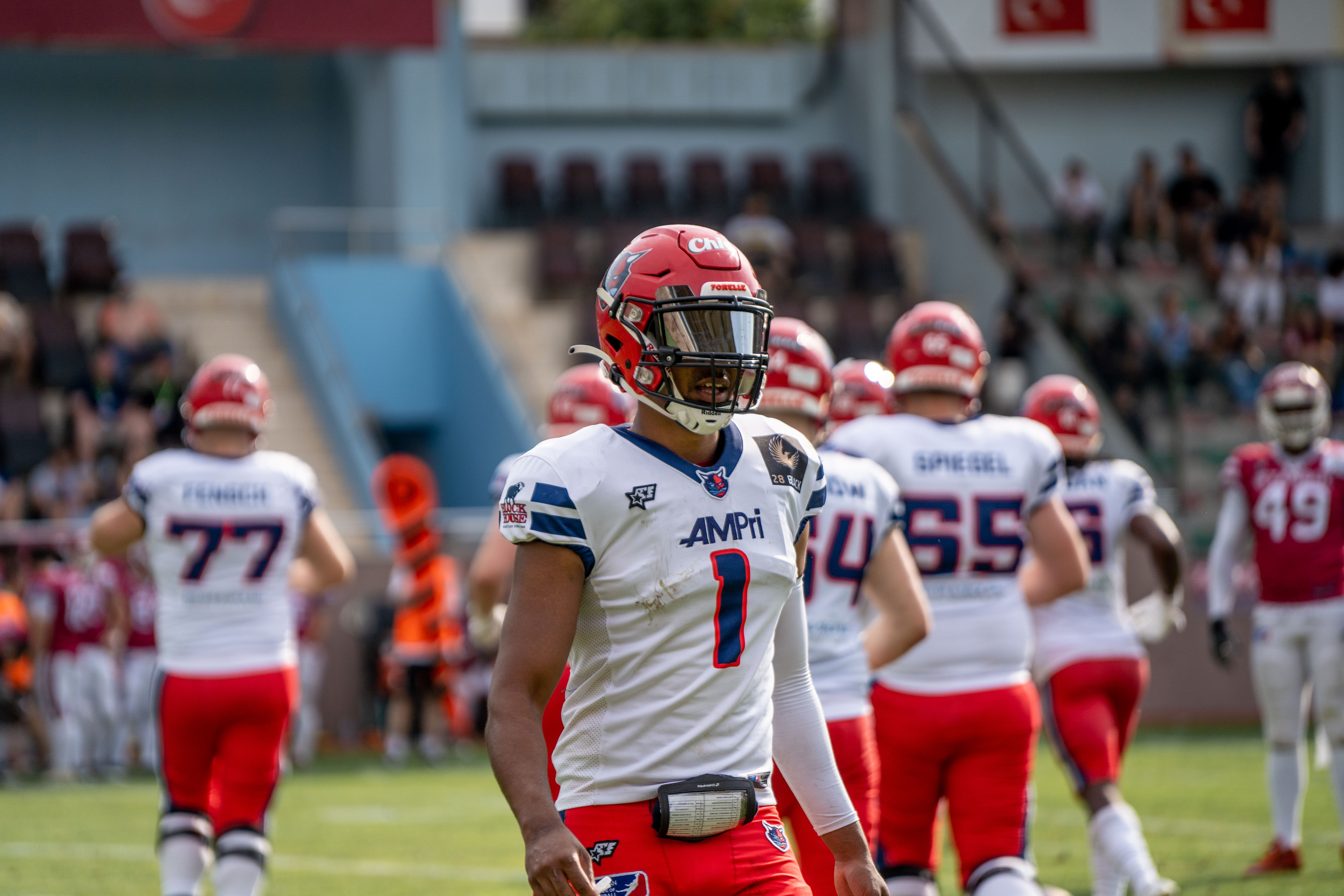 The bye week comes in handy for the Sea Devils, who are still on top of the Northern Conference.

Depth in all units

"Great team win with everyone seeing the field. We have great depth on offense, defense and special teams, but at the same time we are looking forward to the bye week", said Defensive End Berend Grube after the 70:0-record win against the Istanbul Rams. The first weeks of the European League of Football have left their mark not only on the defensive end. Evans Yeboah and Tobias Nill had to be substituted with injuries, but other players got their spotlight instead. Benjamin Mau or Jean-Claude Madin Cerezo both caught a touchdown. Tim Hänni or Hiswill Awuah were on the field for Evans Yeboah. The Sea Devils' depth seemed insatiable.

"The bye week comes at the right time"

"The game plan totally worked out. We had a very detail-oriented week of practice, and then one thing led to another. Every receiver, every tight end and every running back touched the ball today. That's how you want it to be," said Offensive Coordinator Philipp Schulz after the game, adding, "In the end, the score was too high, but the hard work paid off. The bye week comes at the right time for everyone involved to get their concentration back up and enjoy some time away from football. However, our eyes are already on Rhein Fire."

One thing the Sea Devils can't have going for them now: Laziness. After the bye week, a win against Rhein Fire is the order of the day. In Duisburg, the Sea Devils will face a record crowd and a team that has only lost to the Barcelona Dragons at home. The home game could be deceptive. Jéan Constant, wide receiver for the Sea Devils, is nevertheless optimistic about the development. "It was a great team win to build confidence even more in all units. The offense looked good, the defense was brilliant. Now we have to make sure we keep the momentum going to come out of bye week even stronger. If you ask me, I am healthy and ready," Constant said after the victory.

‍
If the receivers get as involved as they did against the Rams, this team will be tough to stop. Both offensively and defensively.
Teams that also have a bye week are: Rhein Fire, Istanbul Rams, Barcelona Dragons, Raiders Tirol and Vienna Vikings.