The northern German football franchise Hamburg Sea Devils have signed another two defensive ends for the 2023 season of the European League of Football. 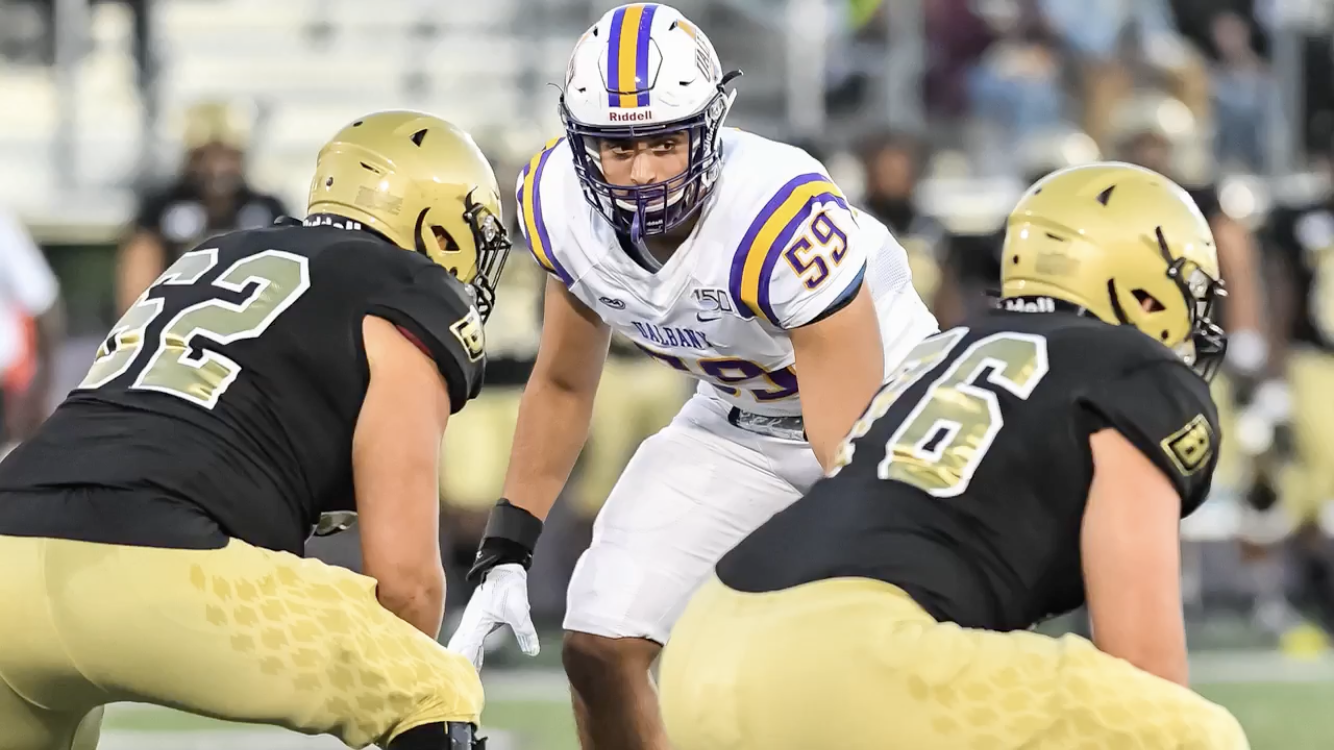 Robert Lachmann is ready to take is talent back home to the Sea Devils. © Bill Ziskin

Born in Germany, grown in the US and in Australia, coming back to familiar soil. With Robert Lachmann and Moritz Hiendleder, the Hamburg Sea Devils have signed two defensive ends for the upcoming season, starting in June. Both players measure around 1,95 m and 115 kg and now have the chance to make a name for themselves in Germany.

While Robert Lachmann took his first steps in the Hanseatic city with the Hamburg Junior Devils and continued his career in the U.S., Hiendleder was born in Munich, Germany, but started his career with the UniSA Eagles in Mawson Lakes, Australia – making him an import player for the Sea Devils.

At the University of Albany and Clarion University, Lachmann grew to become the 2019 International Player of the Year Nominee and 2022 College Division II Defensive Player of the Year. "He has skills that will allow me to use him the way we did with Kasim. It's the perfect start to this chapter with a Hamburg kid returning home to represent his hometown team," said Kendral Ellison, Defensive Coordinator and, for the next two years, Director Player Personnel – now responsible for recruiting.

In Hiendleder, the Sea Devils have found a physical freak. Kendral Ellison is also aware of his qualities, "Every off-season I come across a player that flies under the radar and my only goal is to keep him under the radar until he breaks through for us. Last season it was Tim Hänni, this season it's Moritz Hiendleder. He's a gem!"

The defensive line of the Sea Devils now consists of some serious beef. At defensive tackle, the Sea Devils signed Evans Yeboah, Manuel Raskopp, Hiswill Awuah, Nelson Imasuen and Joshua Köhnlein, while Jan-Niklas Makoben, Moritz Hiendleder and Robert Lachmann will take the challenge as defensive ends. Be aware that some of the talented outside linebackers will go on the hunt with them.