With Tim Hänni and Evans Yeboah, two defensive linemen will be fighting in the trenches for the Hamburg Sea Devils in the European League of Football. 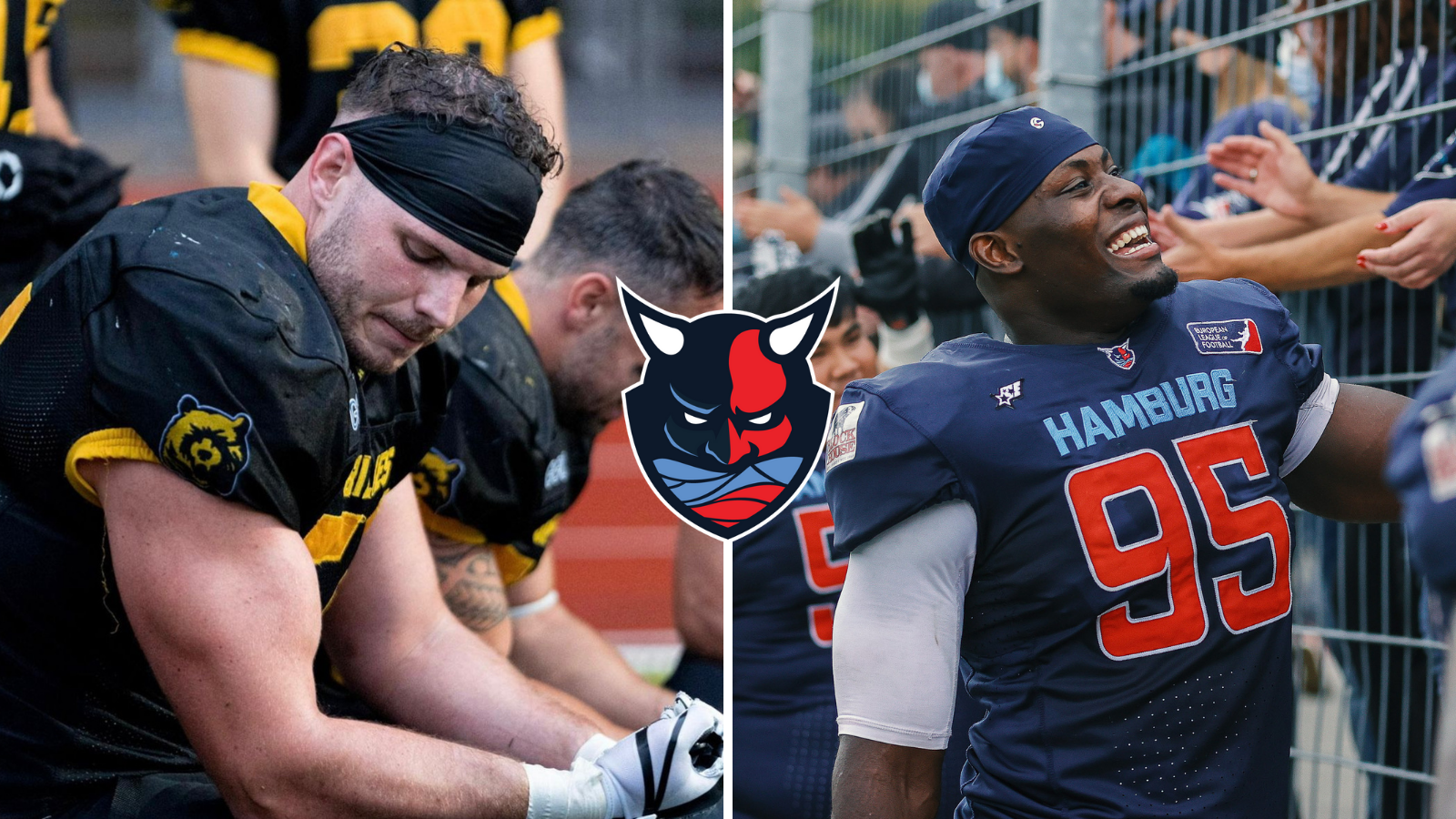 Tim Hänni and Evans Yeboah will line up in the defensive line in 2022. © Jens Lens / Michael Freitag

As the Hamburg Sea Devils reported, Evans Yeboah and Tim Hänni were signed to the roster for the 2022 season.

Tim Hänni is a powerful addition to the Hamburg Sea Devils' defensive line. The 25-year-old Swiss brings perfect dimensions with his 125 kg and 1.96 m height to accept the challenge of the European League of Football. Hänni previously played for the Bern Grizzlies of the Swiss first division, where he also put on an outstanding performance in the final.

The Hamburg Sea Devils were also able to win back Evans Yeboah for the upcoming season. The 27-year-old born Ghanaian caused a sensation directly through his physicality. Last season he was one of the pillars of the defensive line with six and a half sacks, 16 tackles for loss,an interception and a fumble recovery touchdown. Coaches and officials consider themselves fortunate to be able to rely on such players in the coming season as well.

"Games are won and lost in the trenches"

Kendral Ellison was quoted in the press release: "Re-signing Yeboah was priority number one. As I mentioned before, continuity is key to success and building a championship program. Evans embodies everything the Brotherhood is about. He’s fast, he’s physical, he’s violent but most importantly he’s driven to do things the right way. He’s one of the leaders on this defense and someone everyone loves to be around. Tim Hänni is a gem! He’s big, he’s fast, and he’s explosive. Watching his film reminded me a lot of Evans. The idea of pairing them together along our other guys gives me goosebumps. After this season he won’t be a hidden gem anymore. Games are won and lost in the trenches and we took a step in the right direction with these additions.“