After re-signing Ambroise Mati, Jan-Niklas Makoben is the next outside linebacker joining the Sea Devils for 2023. 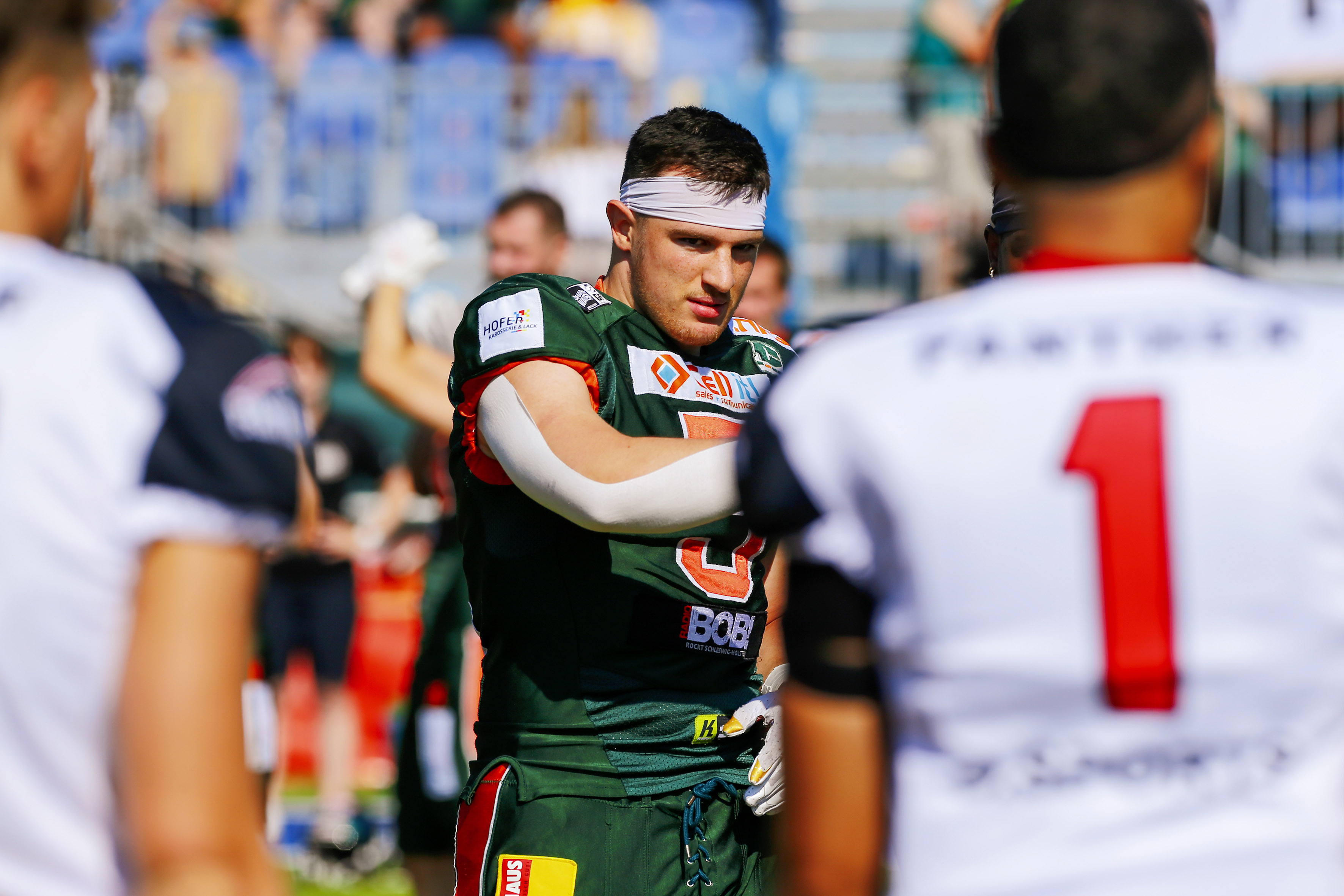 Makoben is joing the Hamburg Sea Devils, coming from the Kiel Baltic Hurricanes of the GFL. © Stefan Stuhr

After Mati follows Makoben! The Hamburg Sea Devils strengthen the position of outside linebacker further with Jan-Niklas Makoben. The 22-year-old from Kiel previously went through all youth stations with the Kiel Baltic Hurricanes and showed solid action at the senior level. Makoben, at 1.87 m and 108 kg, is considered one of the most talented players at his position in Germany.

Last year, Makoben was a participant at the combine of the Sea Devils already. After signing Ambroise Mati, Matthias Spiegel and Maurice Wright Jr. at linebacker, Makoben will give the two-time runner ups depth and quality on defense.

High praises by his new coach

Kendral Ellison, now not only defensive coordinator but also director player personnel, about his new player: "Jan-Niklas [Makoben] has been one of my priority targets since last offseason. He has skills that immediately jump out at you when you see him play. Speed, strength and the ability to track the quarterback. He enjoys playing in the backfield of opposing offenses, and that's something I value. More importantly, he's a great person and is eager to prove he's one of the best football players in Europe."

With the Baltic Hurricanes, Makoben had the team's leading defensive statistic with 10 tackles for loss and collected another 19 tackles, three sacks and a forced fumble in ten games in the GFL.

"I am looking forward to joining the 'Brotherhood' and taking on the next challenge in my career by playing for the Sea Devils next season. I can't wait to get to work and learn from the coaches and my teammates to become the best player I can be. I always want to improve, and I believe Hamburg is the best place to do that. I want to get my name out there and show everyone what Kiel is capable of. I'm ready and looking forward to being on the field and doing my part to make the defense number one again," says Jan-Niklas Makoben.

Kendral Ellison is known for getting players on another level. Makoben could be one of them. While players like Edebali and Boock stepped down, having Mati, Makoben, and Spiegel could help for the future.

Get your Championship Game tickets