The Division II All-American will fill the gap in the Sea Devils linebacker group. 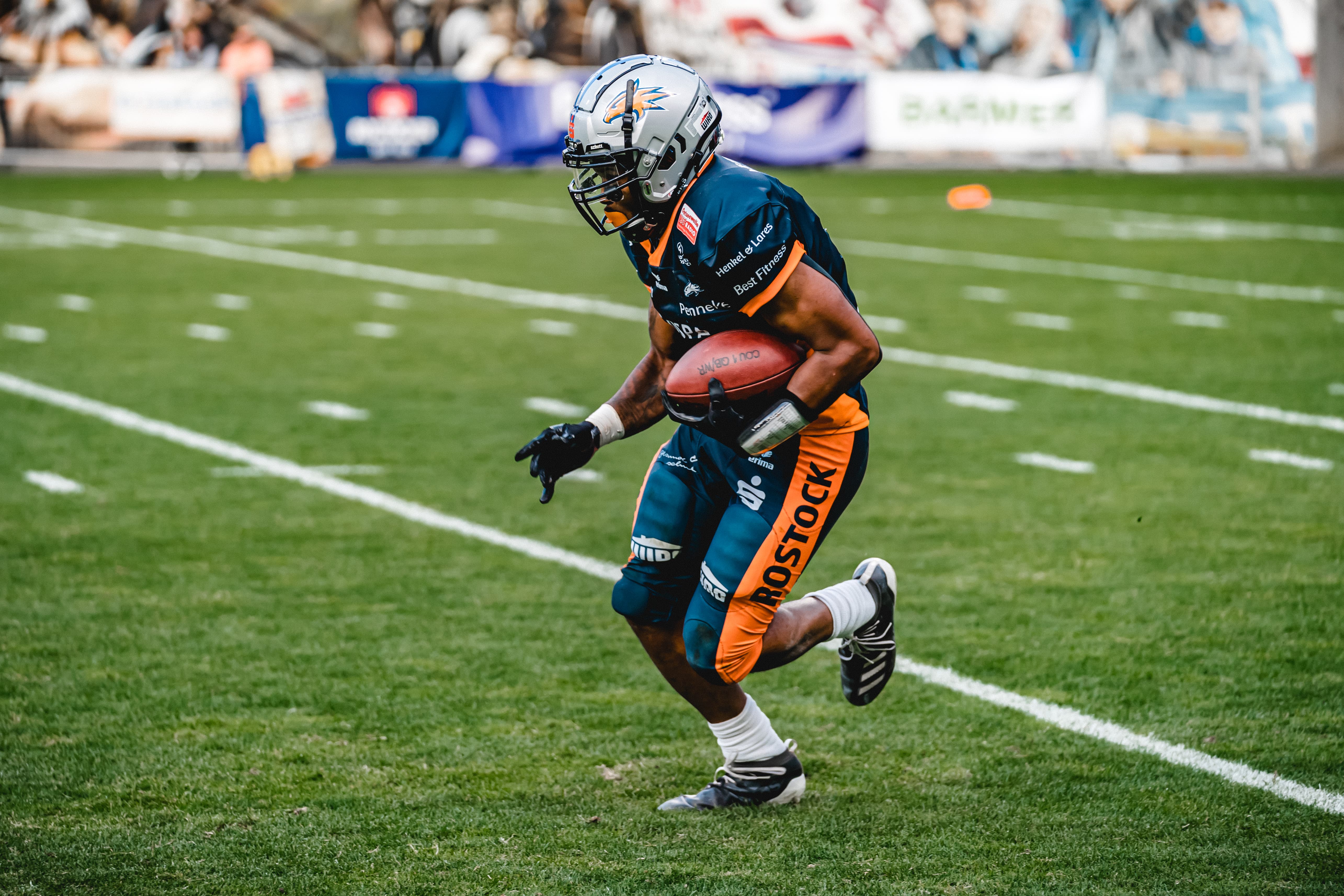 After losing team captain and All-Star level linebacker Miguel Boock to retirement, the Hamburg Sea Devils have seemingly found his replacement. In Maurice Wright Jr., an athletic freak is making his way to the European League of Football.

The Oklahoma native who played for the Northwestern Oklahoma State Rangers finished his collegiate career as all-time leading tackler at his school, a GAC Defensive Player of the Year award, and an All-American nomination.

In 2021, Wright Jr. joined the Maple League's Kuopio Steelers and played one of the most impressive seasons by a defensive player ever. His 88 tackles, three sacks, seven forced fumbles and three interceptions, along with multiple touchdowns earned the now 24-year-old athlete the Defensive Player of the Year award, the Bowl game MVP and the Maple League MVP award.

Kendral Ellison, defensive coordinator: "We become instantly better by adding Maurice to the Brotherhood.  As I set out to replace Miguel,  Maurice was the only guy to check all the boxes and more.  His production in college and in Europe has been off the charts.  He’s versatile to play on a levels of the defense and knows how to get to the ball with bad intentions. The more we talked, the more he set himself apart from the other guys on my board."

After joining the Rostock Griffins in 2022, the American once again dominated the league. Wright Jr. racked up 106 tackles, 15 tackles for loss, three sacks, had a pick six and returned a punt for a touchdown, once again winning the MVP award.

With his outstanding athleticism and ability to play middle linebacker, safety and be a returner, the Sea Devils fans should be pumped to see their new star taking the field in 2023!

"It's a important step in my career"

Maurice Wright Jr. is looking forward to playing for the two-time runner-ups: "I'm grateful for the opportunity to play for the Sea Devils it’s a important step in my career. It’s a blessing to be able to bring my love, passion and intensity of the game to Hamburg family and the fans. I can’t wait to release this beast out of his cage for the 2023 season and go help lead my team to win a championship", Wright Jr. commented in a statement released by the German franchise.