The Hamburg Sea Devils re-sign a crucial part of their last seasons´defense and special teams unit. Justin Rogers is back in the best European football league, the European League of Football.. 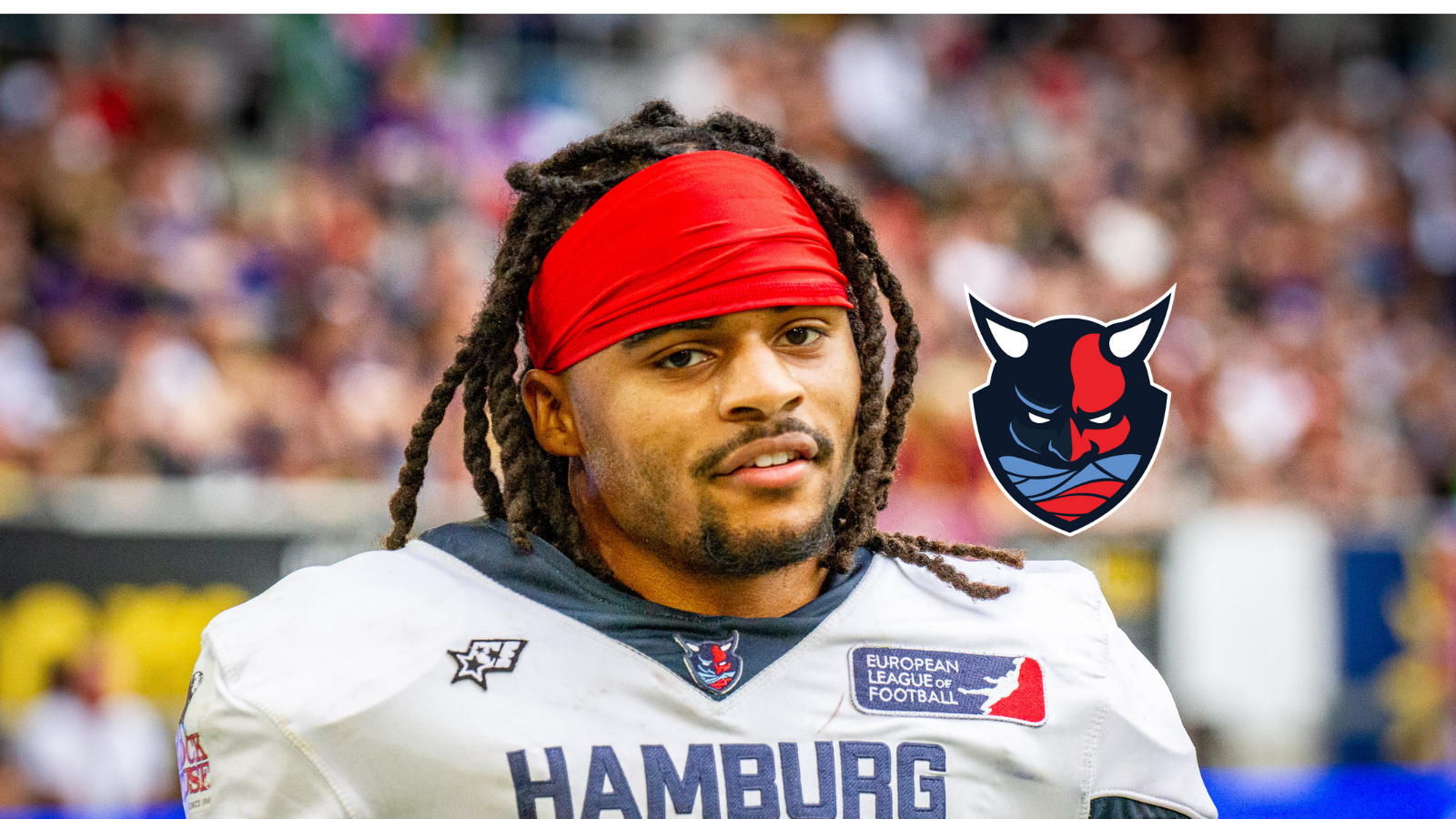 Justin Rogers will be back with the Hamburg Sea Devils for the 2022 season. ©Marc Junge

One of the top-cornerbacks and ball-hawks is back in the league! Defensive back Justin Rogers will continue to play for the Hamburg Sea Devils in the coming season. The 23-year-old US-American had five tackles for loss, 42 tackles, five interceptions, one fumble recovery as well as three punt return touchdowns and one kick return touchdown, as he was an integral part of both the defensive and special teams last season.

Championship of European Football in mind

"The city of Hamburg is my 'home away from home.' I am still indebted to the city and I plan to domy part to bring the trophy to Hamburg. The Championship is my goal," Rogers said in a press release by the Hanseatic franchise, looking optimistically to the year ahead.

Defensive Coordinator Kendral Ellison also seems more than happy to have him back: "Justin’s ability to cover anyone and impact on special teams played a huge part in our success last season. He is a true game changer and arguably one of the most impactful and dynamic playmakers in the European League of Football. Defensively he can take away one side of the field and on special teams he can break a game wide open with his return ability. Teams are reluctant to throw at him and kick to him. As good as a player that he is, he’s an even better person and teammate. He’s a huge part of the Brotherhood and understands the standard. It goes without saying that I’m elated to have him back with us.“