With the Hamburg Sea Devils in a year with a lot of changes, they search for the best players to add to an already promising roster. 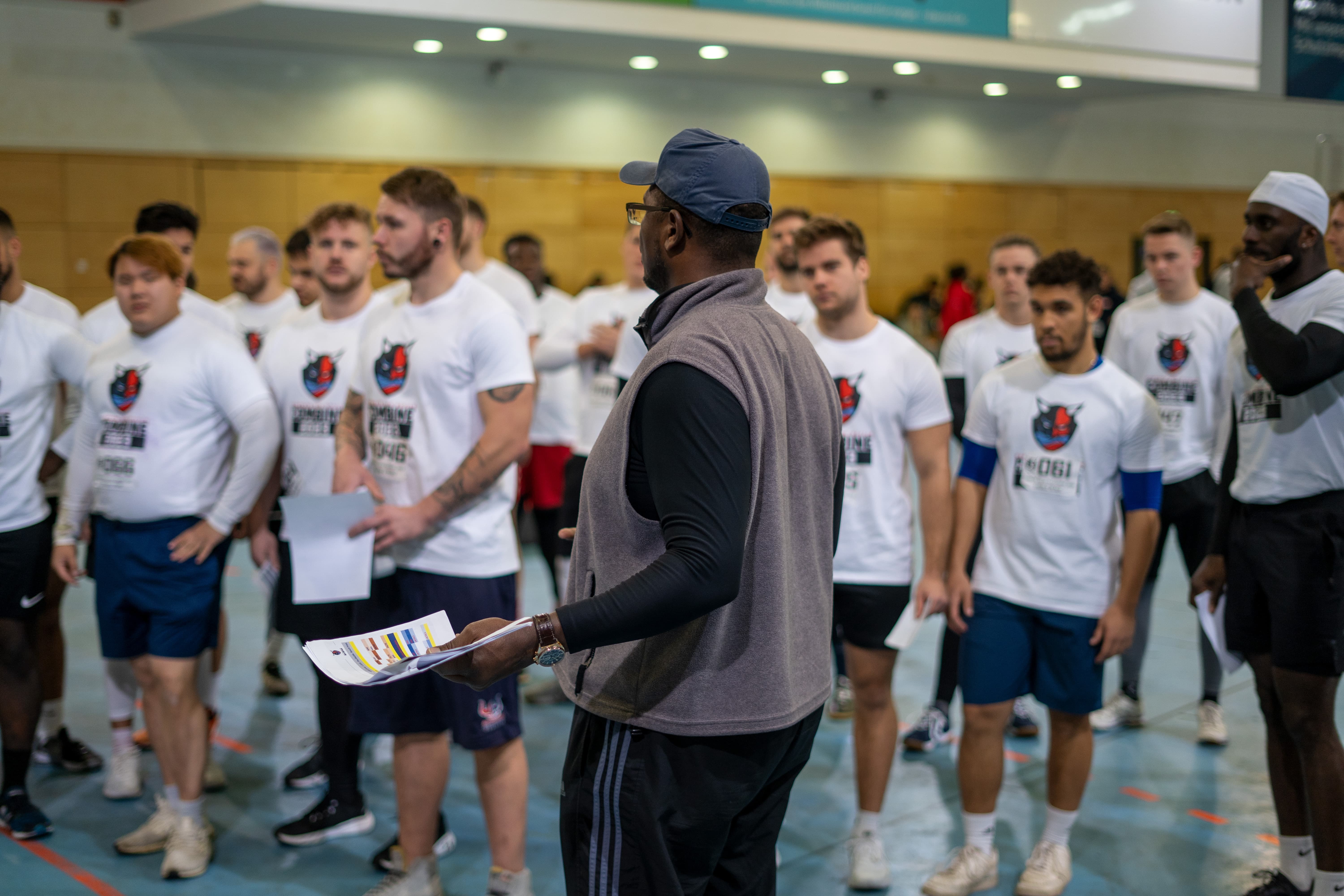 "We can be very satisfied," said Max Paatz, General Manager of the Hamburg Sea Devils about the combine last Saturday in Hamburg. About 100 players - offensive and defensive - gathered together. Combine drills were held in an indoor arena as well as on-field drills on a nearby field. U.S., as well as English, Danish, Czech and regional talent found their way north. "We can be very pleased with the talent level we encountered today. Some of these players we had on our radar before, some players surprised us."

"Get to know them personally"

Kendral Ellison, who will be responsible for recruiting next season as director of player personnel, in addition to the defensive coordinator and assistant head coach, was also happy: "We know what these guys are capable of in general, but were able to get to know them personally."

One of the players was 19-year-old running back Lucas Candido, who was previously with the Hamburg Huskies: "The competition is high. There are good people here and competing with them makes you better. I think my chances are very good and I've already talked to a few coaches," Candido told TV station Hamburg1. In eight games Candido collected 1160 yards and 16 touchdowns with the Young Huskies in his last year. A player to keep an eye on next year if he lands with the Sea Devils or any other team in the league.

Transition in the process?

For the Hamburg Sea Devils, a little transition is on the horizon. With Miguel Boock and Kasim Edebali two veterans have announced their retirement. New players are already in the starting blocks. If players like Ambroise Mati or Matthias Spiegel extend their contracts at linebacker, we can expect a solid Hamburg team in 2023 yet again. With Kendral Ellison as DC, there is one of the best defensive coordinators in the league in place.