Glen Mbeleg-Toonga has been turning heads in the first six games of the 2022 European League of Football season. But where does Toonga come from and what makes him so dangerous? 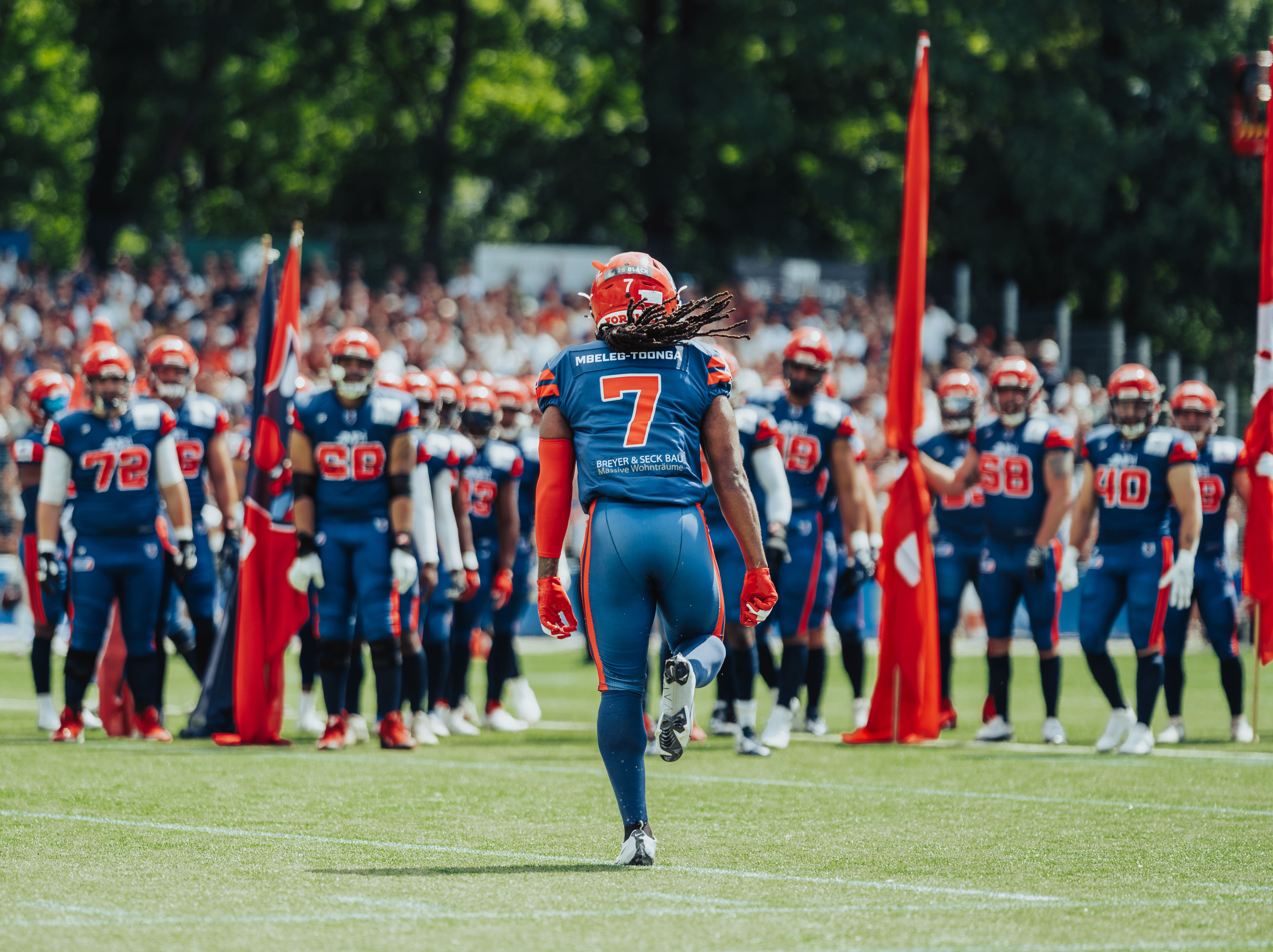 Born and raised in London, Toonga started playing football at age 19. Before making his way to the gridiron, he played soccer as a kid and then competed in 60-, 100- and 200-meter track and field events.

After only four years of playing football for the London Blitz, Toonga made his way to Germany to start playing more seriously. Even though he was only playing the sport for a really short time, his track and field background and athleticism helped him standing out. Playing for the Dresden Monarchs in 2018 and 2019, Glen Toonga ranked 6th and 4th in rushing yards in the GFL and was one of the reasons why the Monarchs reached the semi-finals in both seasons, losing to the Schwäbisch Hall Unicorns.

With the 2020 season cancelled due to COVID, Toonga joined the Bialystok Lowlanders in the Polish league. In his first and only season there, they made the championship game but lost to the Wroclaw Panthers. In 2021, the powerful rusher returned to Germany, joining the Allgäu Comets. In only one season, Toonga rushed for 1099 yards and 13 touchdowns, which ranked 2nd among running backs and secured him an All-Star team selection.

Toonga can definitely draw comparisons to beast mode sometimes, especially when you see his gym videos. The 1,77m tall and 97kg heavy athlete, is bench pressing 160kg and squatting and astonishing 370 kg. With numbers like that, the nickname “Beastmode” seems evident.

But what is his biggest strength? Toonga’s opinion and the opinion of his teammates are different: “Me and Justin [Rogers] had a discussion about this the other day. I would say it is my physicality, he said it is my vision. I am not sure, either one of those.”

On the field, Toonga is leading the European League of Football with 881 rushing yards and 10 rushing touchdowns, averaging 6.77 yards per carry. But off the field, you almost would not recognize him. “I am completely different off the field. On the field I seem violent and physical, off the field I am more of a softie.” In his free time Glen Toonga likes to play video games, watch animes, and read comic books.

Coming out of the bye week, we can expect another impressive performance against Rhein Fire on Sunday, a team which he had 185 yards and 4 touchdowns against, the last time he played them.