Benjamin Mau appeared as one of the most underrated receivers in the league last year. Having missed the majority of the games, the routinier-wideout still hauled in two touchdowns in just 11 catches for the hanseatic franchise. He now re-signed his contract. 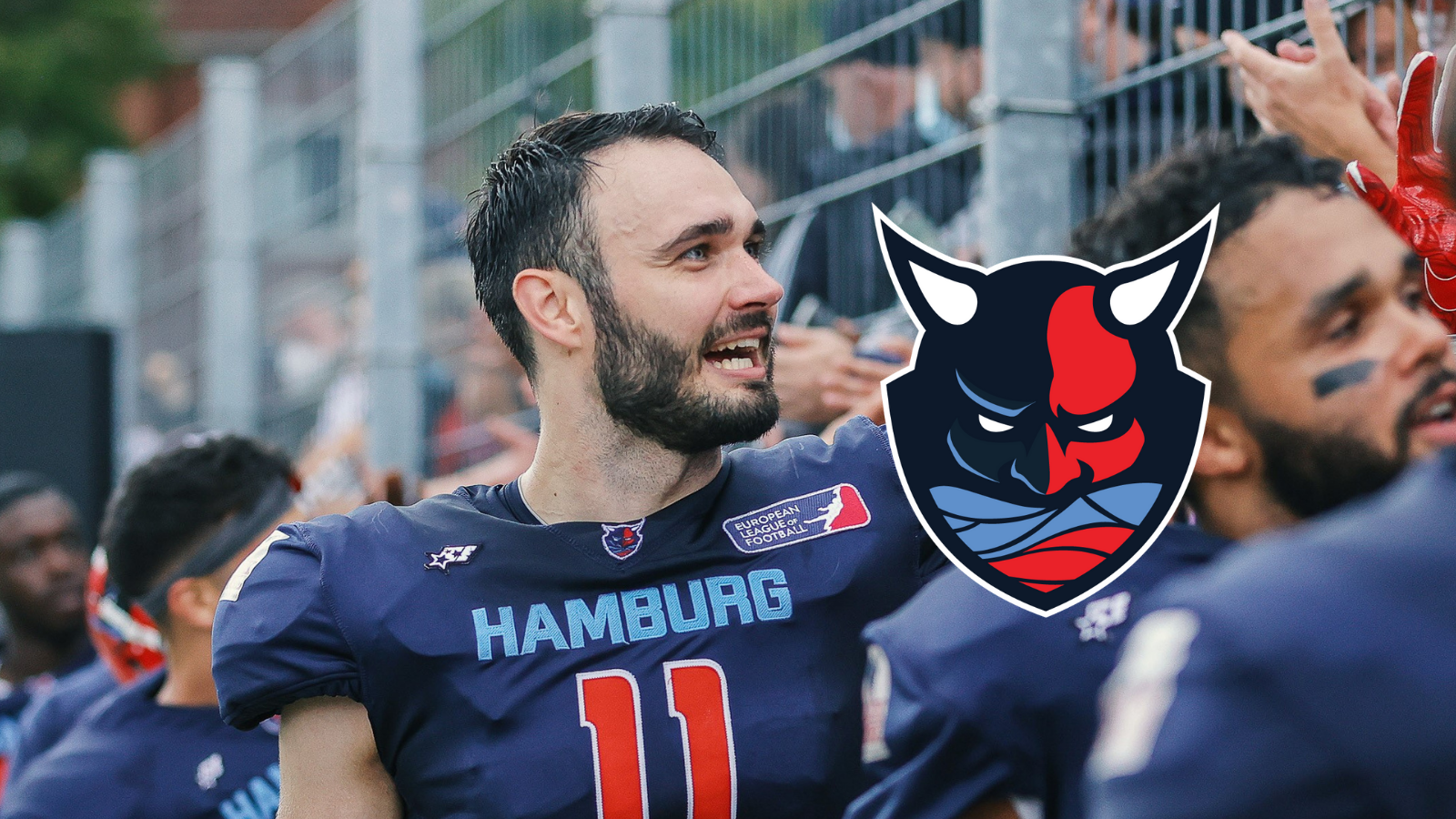 The Hamburg Sea Devils extend the contractwith Benjamin Mau for the upcoming 2022-season. The 30-year-old receiver was one of the cornerstones of last years offense, having missed the majority of the season due to a hand injury. With 2.01 meters and 103-kilograms, the receiver can bring a lot of experience back into the young roster.

"After last season, there was no doubt in my mind that I would like to play for the Sea Devils again this year. You can't ask for better conditions as a player: A great team, good coaches and a staff that leaves nothing to be desired," explained the wide receiver about his contract extension in a press release and added: "I, for my part, will give everything on the field to bring home the trophy this season that we still owe our fans and am looking forward to a good season."

Already in 2010, the Hamburg native played in the first German league under his father and coach Stefan Mau, with whom he won a German club championship with the Kiel Baltic Hurricanes. From 2015 to 2018, Mau gained college experience at Waldorf University before he was drawn back to his home in Elmshorn and then to the Sea Devils. "With this player, we are not only retaining a good football player, but more importantly a smart and experienced athlete who will take us where we want to go. Benni also adds important depth to our offensive squad. Our roster and team continues to grow day by day," said Offensive Coordinator Kirk Heidelberg about the contract extension.