The "Offensive Rookie of the Year" of the last season has a new team! Hamburg Sea Devils sign running back Gerald Ameln for the upcoming European League of Football season. 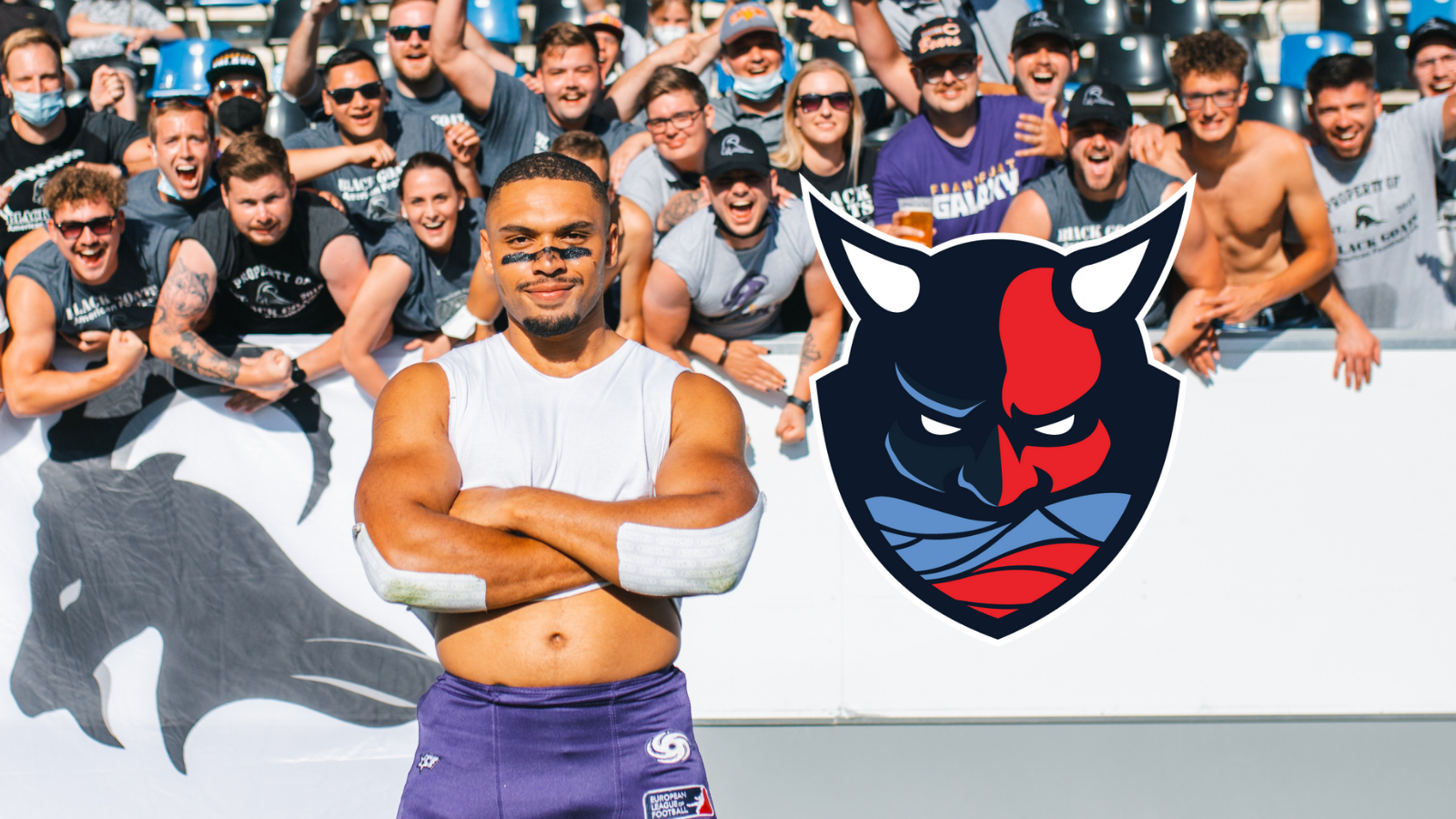 The Hamburg Sea Devils have signed Gerald Ameln, the "Offensive Rookie of the Year" of the last European League of Football season. The 20-year-old running back already showed his talent with the Frankfurt Galaxy in 2021. In the first year of the newly founded European League of Football, Ameln collected 405 yards and two touchdowns in eleven games and was the sixth best rusher in terms of yards, although Adams and Rodney were two very experienced running backs on the roster of the Frankfurt Galaxy. Now he joins the Sea Devils who already have Glen Toonga as their potential starting running back. With Simon Homadi, Johann Hummel and Julian Ampaw all possibly back next season, that backfield looks ready to take the next step.

Next step in his American football career

"Throughout the season, the Sea Devils were a very strong team and the 'team to beat'. To the outside world, they appeared very connected and like a family on social media. That impression was only confirmed in persona. I will do my best to deliver the best possible version of myself. Of course it is my goal to become champion and to continue last year's performance but this time to finish clean and victorious. A big point for me to improve on is the football IQ, a better understanding of the game as well as blocking schemes but also defense. My athleticism, as I was able to prove last year, is enough to dominate at this level but of course I work hard every day and have the perfect support with Thomas Fischbach and Rico Grabowski who make my training and nutrition perfect to bring me to the next level. I can only recommend them to every athlete!"

With Homadi, Gerald Ameln has one of the biggest German running backs prospect next to him. But Ameln has reportedly already a good connection with his new teammate: "I also got to meet some players during the All-Star weekend and everyone was warm and loving. I also made friends like our quarterback Salieu Ceesay, defensive back Barry Maruschke and both running backs Julian Ampaw and Simon Homadi. All great guys. In addition, I think that I can develop best there. A bonus is the signing of coach Heidelberg, who I have known and appreciated for years."

"With Gerald comes a very young and talented running back. I am looking forward to his season with the Hamburg Sea Devils. Already in 2019 I was allowed to train him in a football camp. He is very versatile and has a lot of potential," said offensive coordinator Kirk Heidelberg about the youngster.