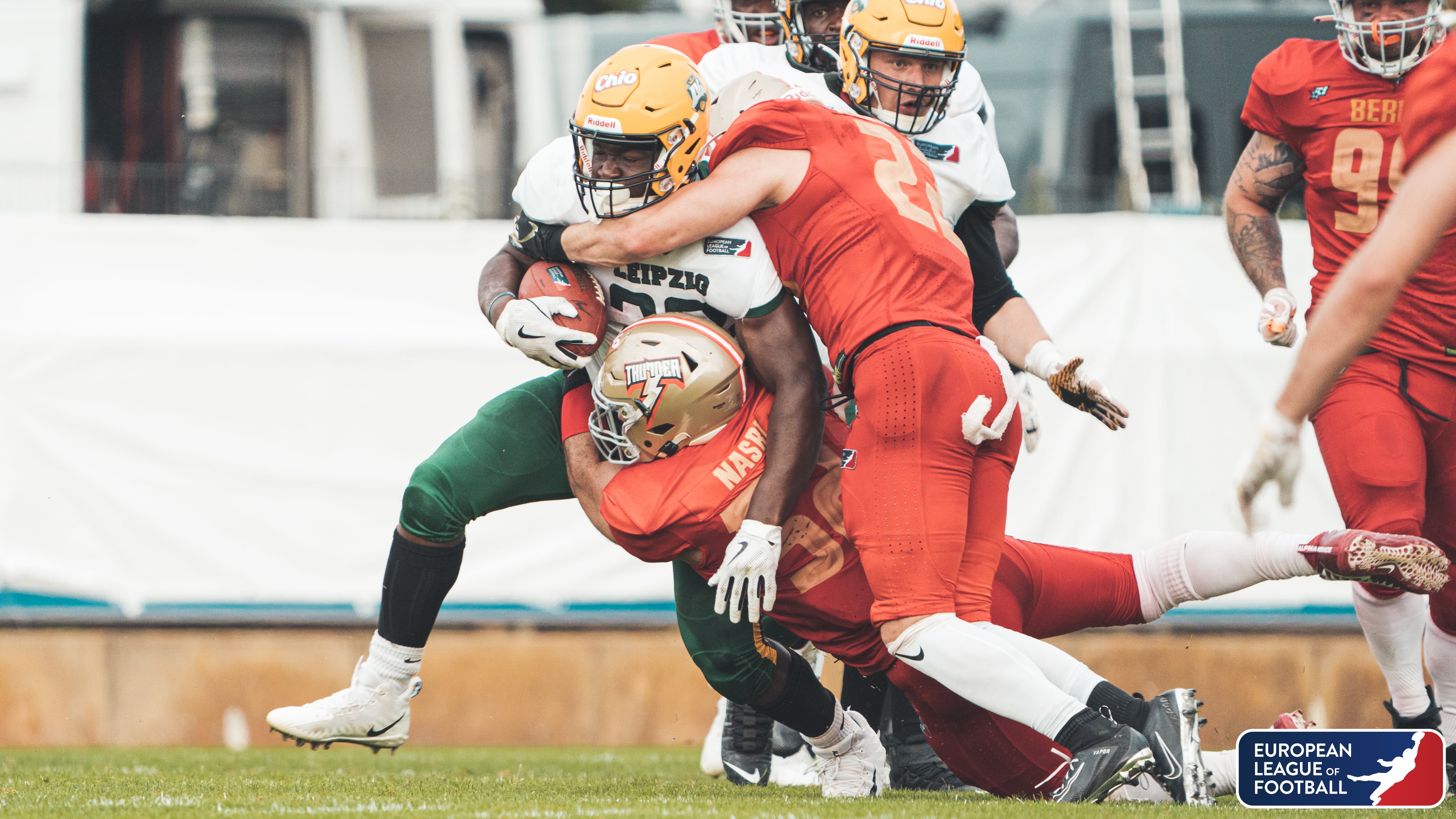 A few days ago, the Frankfurt Galaxy made another big move that improved their already stacked linebacker position. Besides losing Precious Ogbevoen to the Stuttgart Surge, the inaugural seasons’ champions managed to keep their core players in Frankfurt.

With Swedish standout Sebastian Gauthier and team captain Sebastian Silva Gomez the Galaxy retain two critical players who with a combined 143 tackles, 30 tackles for loss and 10.5 sacks, were European League of Football All-Stars and cornerstones for Frankfurt’s’ title run last year. With another talented player in Daniel Josiah who also decided to stay put for the upcoming season, the team already had a lot of quality on the linebacker position.

But as if keeping those players wasn’t scary enough, they decided to sign Berlin’s top two linebackers. Last seasons’ leading tackler and All-Star Wael Nasri as well as fellow Thunder linebacker Louis Achaintre, who played an above average season too, will be wearing purple in 2022.  While Nasri had 141 tackles, 11 tackles for loss and 4 sacks, his teammate added another 68 tackles, 7 tackles for loss, and 1 sack.

But what do all those moves mean for the Galaxy this season?

The defense played lights out most of the time during the regular season and the semi-final by allowing only a total of 138 points in 11 games, but they also had problems. For example, when they failed to shut down a weak Sea Devil offense that only finished 5th in points scored during the regular season. Especially the run defense was struggling in the playoffs, allowing a combined 335 rushing yards, which is almost half as much as they allowed during the regular season (746). Improving the linebacker group and having the presence of last season’s tackle leader on the inside should solve this problem.

Next year’s group will feature Gauthier and Silva Gomez on the outside, who are “probably the best outside linebacker duo in Europe”, according to their head coach Thomas Kösling, and Wael Nasri, Louis Achaintre and Daniel Josiah primarily on the inside. This group has quite a good mix between brute pass rush power and great athleticism. It also has a nice balance between players that stand out in passing situations with Gauthier and Silva Gomez, as well as those that excel against the run like Nasri does.

Galaxy fans are ecstatic to see these young men play together, and rightfully so. If they can reproduce their performances from last year, they will wreak havoc on every offensive coordinator’s game plan.

More new around the Galaxy here!