This weekend, the Leipzig Kings trained with and competed against the Vienna Vikings at their scrimmage. 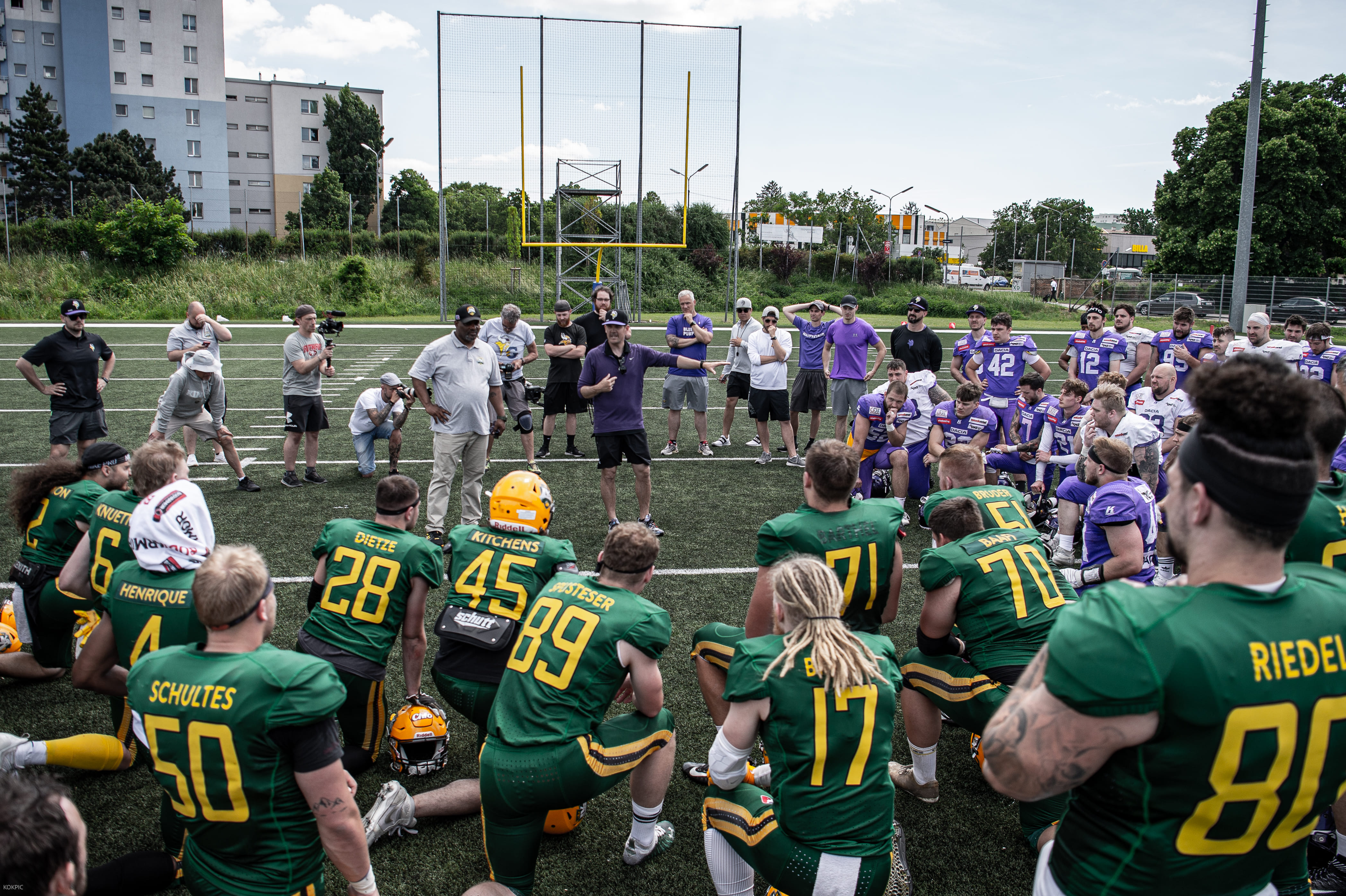 After travelling almost 600km from Leipzig to the Austrian Capital Vienna, the Leipzig Kings and Vienna Vikings started their practice weekend on Friday. Both teams trained individually on Friday morning and participated in joined training sessions, before having their highly anticipated scrimmage on Saturday. The two teams put on a show in front of a crowd consisting of Vikings single game and season ticket holders, with both playing high level and up-tempo football. The Vikings silenced all critics that thought it might take some time for them to get used to the level of play in the European League of Football, impressing with a high-power offense and a lockdown defense.

Vikings offensive coordinator Danny Mitchell was more than pleased with his team’s performance: “I am very happy about how the practice went. We know that we will have an intense practice and preparation period over the next two weeks, but now we know what we still must work on. But we are definitely on the right path and want to thank the Leipzig Kings for spending their time with us here in Vienna. We can’t wait for our first game on June 5th in Innsbruck.”

But not only the Vikings coaches are happy with how the weekend went. Leipzig Kings head coach Fred Armstrong had this to say: “I am really happy with the scrimmage as we got a chance to see how we are doing up to this point.” He also got some nice words for their opponents as he noted that, “Vienna will have a very good team this year. “

After the scrimmage was over, the teams decided to spend the evening together, as Vienna Vikings director of communications Kiki Klepsch said. “Friday and Saturday were packed with trainings, meetings and video analysis, so we concluded the camp with both teams at a typical ‘Heuriger’ in Vienna, so that our guests from Leipzig could at least get a glimpse of the city, too.“