One of the already best aligned backfields for the 2023 gets even more help. 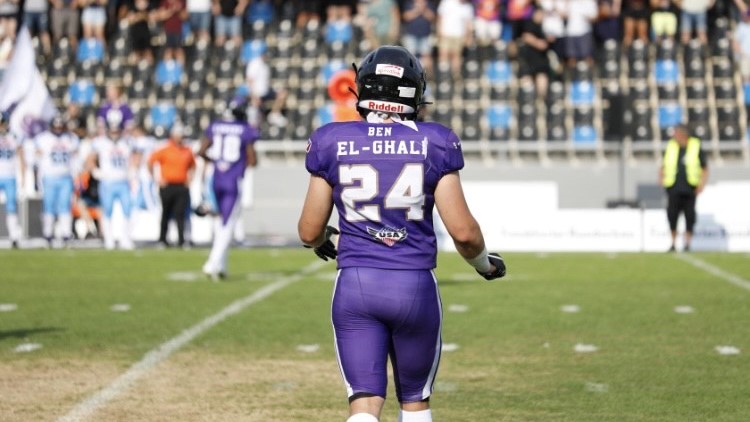 Karim Ben El Ghali is coming back to Frankfurt. © Fritzphilipp

With the signing of Joshua Poznanski, Tony Anderson, BerDale Robins and Jamalcolm Liggins, head coach Thomas Kösling already made a splash in the offseason, having two players with NFL experience that "would be the most dominant and fearsome unit the European League of Football has seen”, as predicted by reporter Dominik Krauss earlier this offseason. Having Brand, Schlabitz and even Ben El Ghali added to that particular group is a well-done recruitment job by the Galaxy front office.

The 22-year-old Sebastian Brand played in the German Football League from 2021 to 2022, ranking first in interceptions, third in passes defended, and was honored as the Defense MVP of 2022 for his Mercenaries. His talent could convert directly into the best football league in Europe with his 1,86 m and 86 kg frame.

For Reuter, Schmitt, and Schlabitz, it will be a tough year as far as regular snaps are concerned. Ben El Ghali on the other hand, considering the First-Team All-Star honors, balled out last year and put his name out there. The product of Schwäbisch Hall was a significant part of the 2022 defense. He now joins what might be the best defensive backfield in the European League of Football.