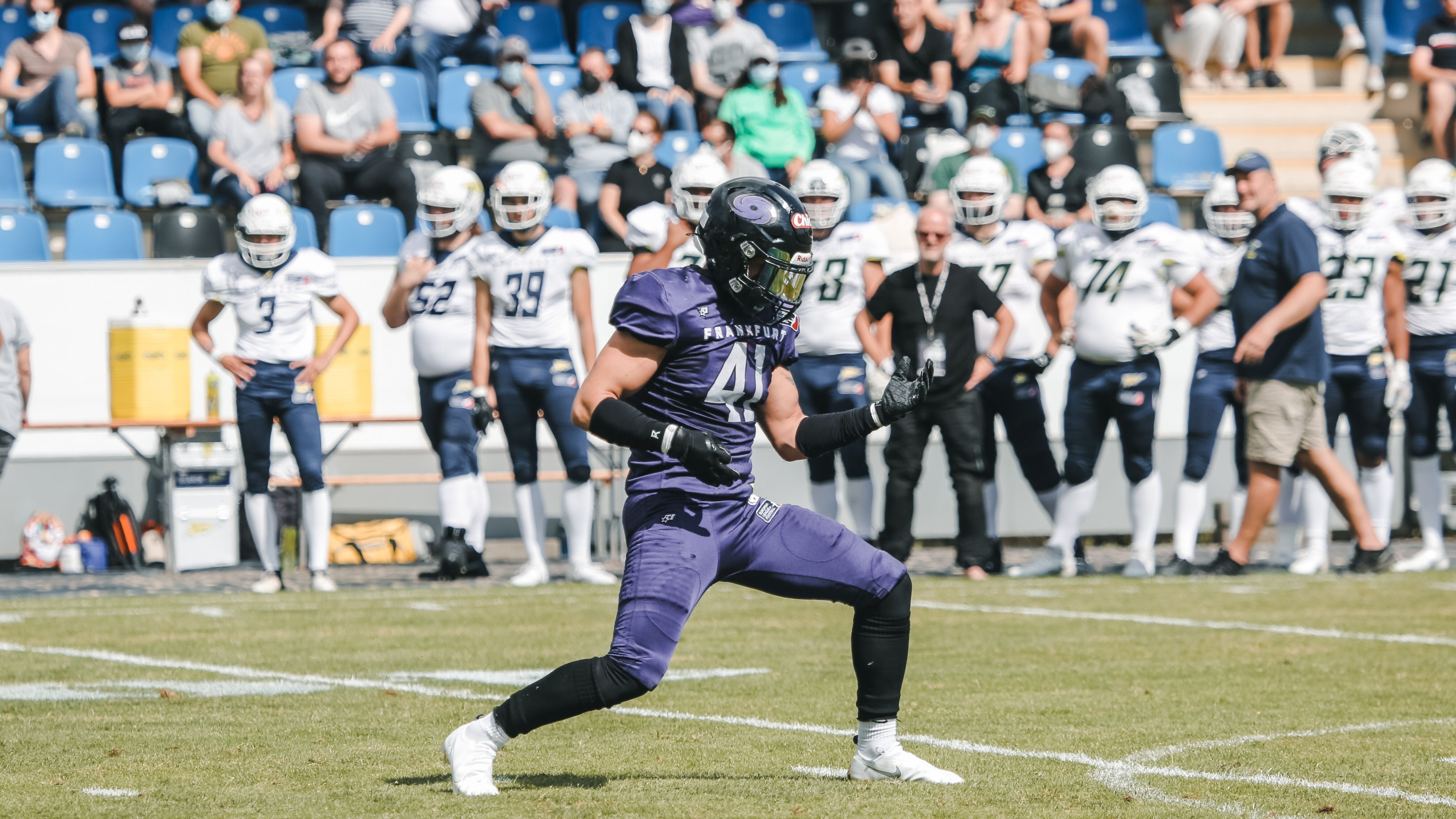 Sebastian Gauthier is back for the Frankfurt Galaxy. © Tim Winter

It will be a special season for most of the guys returning. Josiah, who stepped up last year after the retirement of Jhonattan Silva Gomez, will go into his third season with the Galaxy. Just like Silva Gomez and Sebastian Gauthier, a second European championship is the next challenge for them. Gauthier missed the whole of last season due to a knee injury – now making the first step back onto the field. Continuing his path is Wael Nasri, the all-time tackling leader of the European League of Football.

New to the European League of Football are Joshua Mackeben and David Miletic. Winning the German championship with the Schwäbisch Hall Unicorns last year, the German with Serbian roots can bring a lot of versatility in the already strong linebacking corps – despite playing hurt throughout the 2022 season.

The Defense as a whole looks even better than last year, with players like Marc Anthony Horor or Joshua Poznanski also returning. Head coach Thomas Kösling and Co-defensive coordinator Andy Meyer might have more possibilities than any other defensive coach in the league. Can the offense keep up with the defense?