Lewis Thomas and Francis Bongwalanga are back together. Both players were signed to the Hamburg Sea Devils roster next season in the European League of Football. 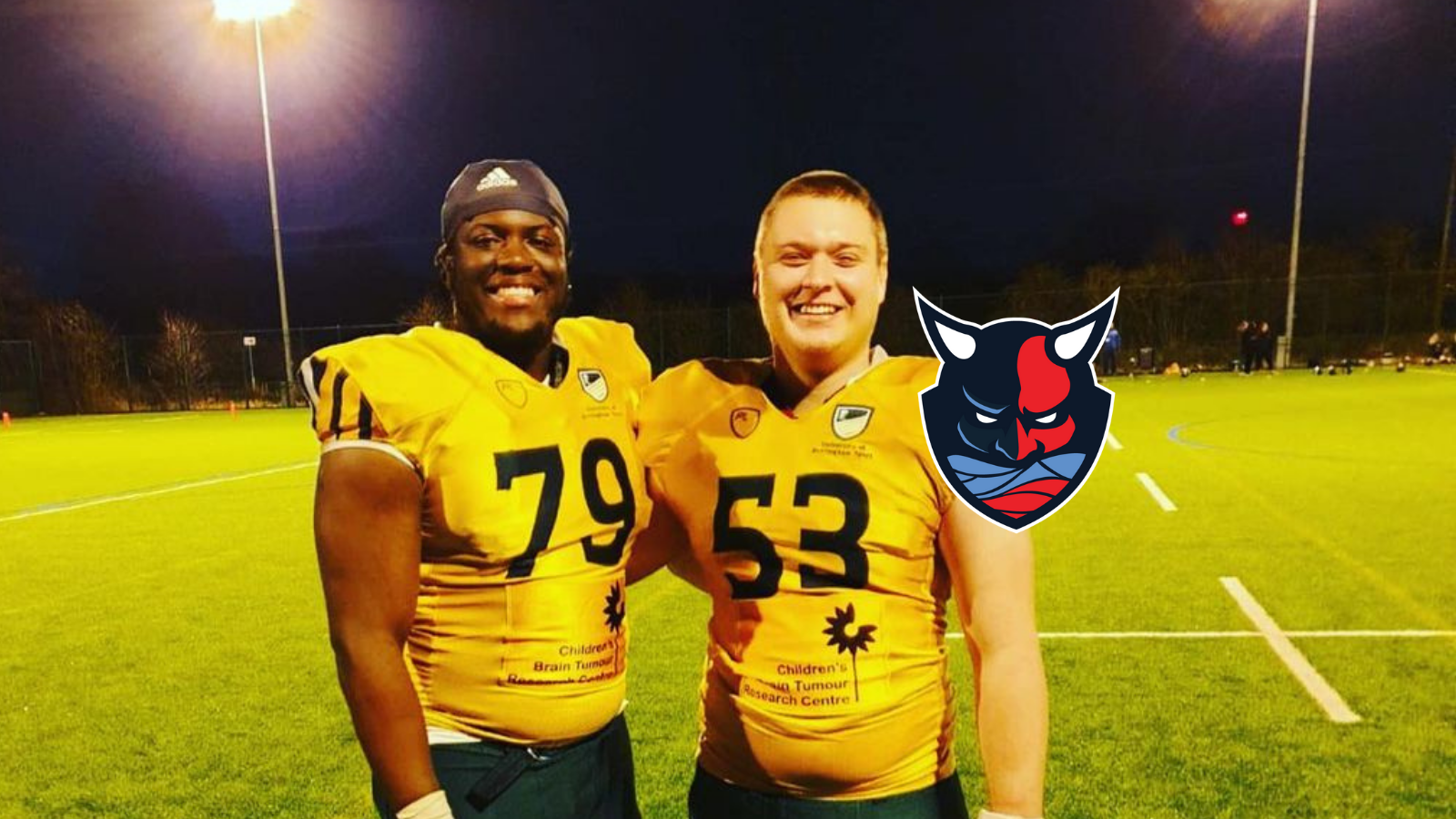 After offensive line athlete Lewis Thomas comes the next English player for the offensive line of the Hamburg Sea Devils: Francis Bongwalanga. The 136 kg and 1.93 m tall lineman should provide a stable defense for the quarterback and an explosive running game. The London-born giant transferred to the U.S. in high school, where he first attended Junior College East LA before finding his home in Division I at Houston-Baptist University. Since 2019, Francis has been back in his homeland, where he kept fit at London Blitz, to now take the step into the best European league.

"Sea Devils are one of the best teams in Europe"

„My goal is to win a championship and with Hamburg being a serious contender it was a no-brainer. The Sea Devils are one of the best teams in Europe and partner that with the high quality of coaches there it will allow me to grow as a player and also allow me to put forward my best effort and skill set to help the team in anyway.“ is Francis being quoted via Sea Devils press release.

"He shows very good potential on the offensive line. For me, as an offensive line specialist, I'm excited to be able to work with players like that," said Offensive Coordinator Kirk Heidelberg on the signing of the Brit.