As of now, these four teams of the European League of Football would battle it out for a chance to raise the championship trophy on September 25th at the Wörthersee Stadion in Klagenfurt. 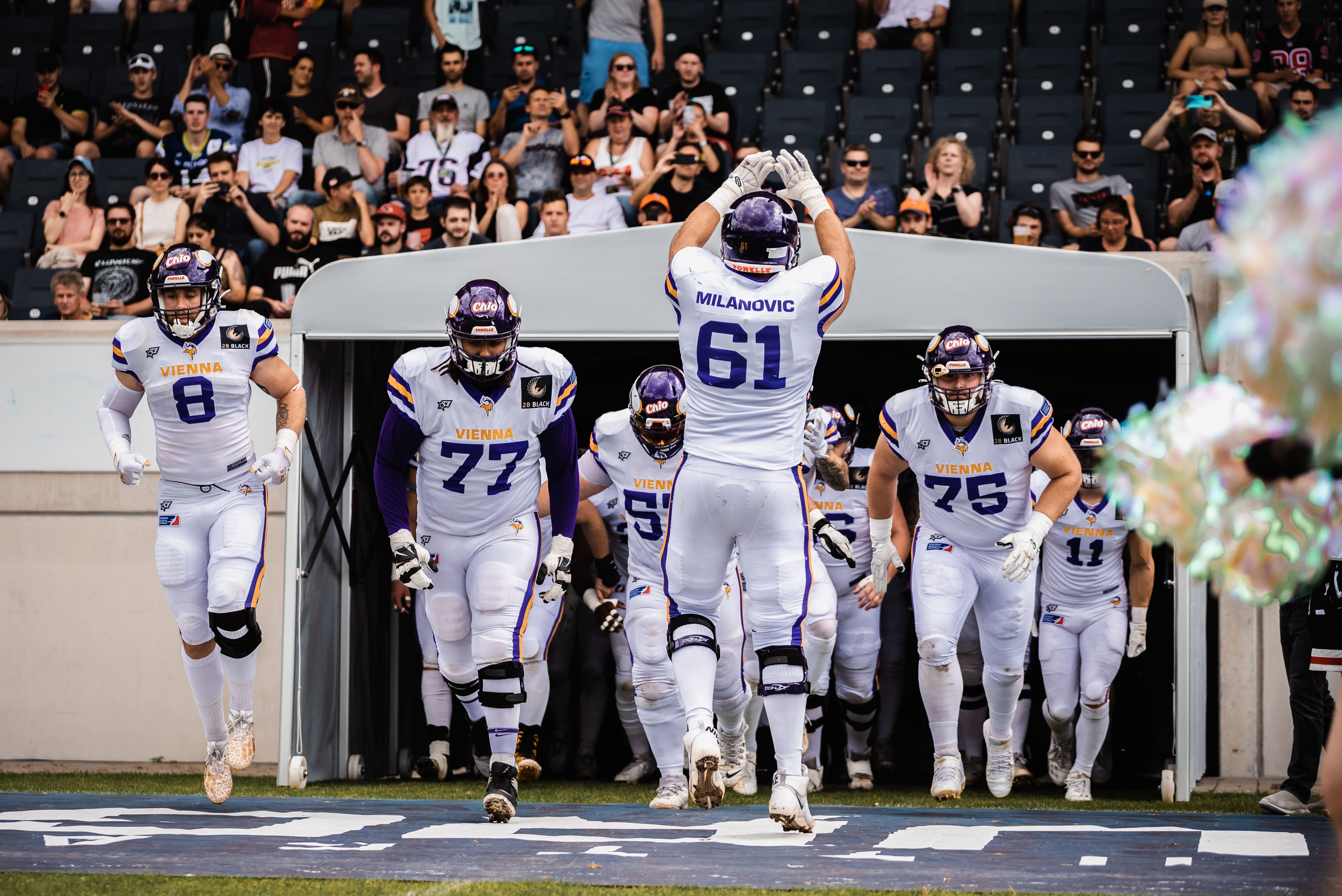 Sitting comfortably at 8-0, the Vienna Vikings currently own the number one seat in the 2022 European League of Football playoffs. Therefore, they would face off against the fourth seat at the Generali-Arena in Vienna.

Led by one of the best quarterbacks in the league in Jackson Erdmann, a powerful running game and multiple weapons at wide receiver, the Vikings are one of the best teams offensively.

Additionally, the Vikings also make a case for having the strongest defense as well. Especially their defensive backfield is standing out, featuring US-import Exavier Edwards and six Austrian national team players.

Besides the Week 2 loss against the Barcelona Dragons, the Hamburg Sea Devils have been flawless this season. Led by a defensive line that might be the best Europe has ever seen, the Sea Devils are the only team that has not allowed 2000 overall yards yet. With the rest of their defense performing on an elite level as well, all eyes are on homegrown quarterback Salieu Ceesay.

Although Ceesay and the passing offense have been shaky from time to time, there has been an obvious improvement. The most vital part for the Hamburg franchise is their superstar running back Glen Toonga though. Leading the league with 1085 yards and 16 touchdowns, Toonga is over 300 yards and 8 touchdowns ahead of anybody else.

The Barcelona Dragons are the surprise of the 2022 European League of Football season. After being doubted by pretty much everyone, the Dragons jumped out to a 5-0 record, before losing consecutive games to the Vikings and surprisingly to the 1-7 Istanbul Rams as well.

But after bouncing back with an impressive performance against conference rival Rhein Fire, the offense led by MVP contender Zach Edwards and the only second 1000+ yards receiver in the league's history, Kyle Sweet, are on pace to secure the Dragons a well-deserved playoff spot. With a dynamic offense like that and their scary defense led by former SEC Defensive Player of the Year Michael Sam, that has not only elite pass rush but also a high-level defensive backfield, the Dragons are to be reckoned with.

If things stay like they are, the Dragons would be squaring off against the Sea Devils in Week 14 to decide which team will have home field advantage for their matchup in the playoffs one week later.

As of today, both Austrian Franchises would face off in the playoffs for a third time this season. After the Vikings won the “Battle of Austria” twice, the Raiders are more than motivated to kick their rivals out of the playoffs.

With maybe the league’s best quarterback in Sean Shelton under center, the Raiders offense is prepared to take on the star-studded Vikings defense. After improving their defense massively at the signing deadline, inking former Philadelphia Eagle Jamalcolm Liggins and Stanford standout Thomas Schaffer to new deals, the Raiders pass rush is looking even scarier than it already did.

With only four games left, the race for a spot in the playoffs is still wide open, with three teams currently sitting at 5-3. The next few weeks might just be the most exciting stretch European League of Football fans have ever seen.