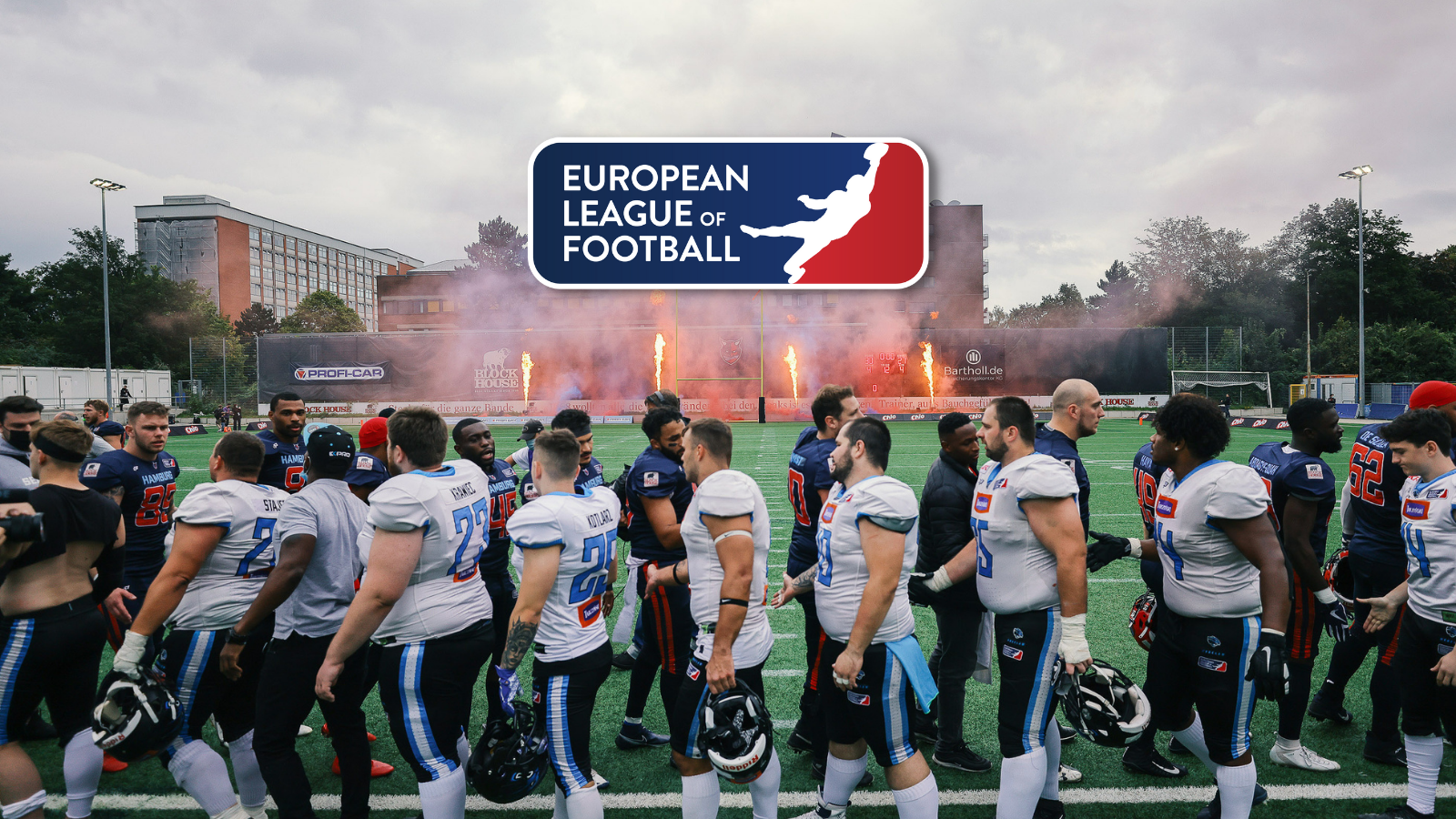 The European League of Football will introduce a "Players Committee" for the 2022 season, which will consist of two players from each of the twelve franchises. From this group of 24 representatives, two spokespersons will be appointed to regularly interact with Commissioner Patrick Esume and the league's Competition Committee.

Represents the players and makes them heard

"Itis very important for us to have a board that represents the interests of the players towards the European League of Football, represents them and makes them heard. Basically, the players are not under contract with the league, but with the franchises. But with this 'Players Committee' we make sure that there is a point of contact when problems arise or there are overarching issues to discuss," Esume explains.

European League of Football officials plan to meet with the spokespeople of the Players Committee in the run-up to and after the conclusion of the 2022 season, but the league's governing body can also be contacted at any time during the course of the season, which will be played between June and September.

After eight teams from three nations competed in the 2021 premiere season, the European League of Football will grow by four teams and two nations after the first year. Düsseldorf Rhein Fire from Germany, the Vienna Vikings and Raiders Tirol from Austria, and the Istanbul Rams from Turkey are all set to make a splash.

The "city of dreams" for all franchises has already been determined; the Championship Game will take place in the 32,000-seat Wörthersee Stadium in the Carinthian capital of Klagenfurt, Austria, on September 25th in 2022. The three group winners and the best group runner-up will qualify for the preliminary round, where the two finalists will be determined