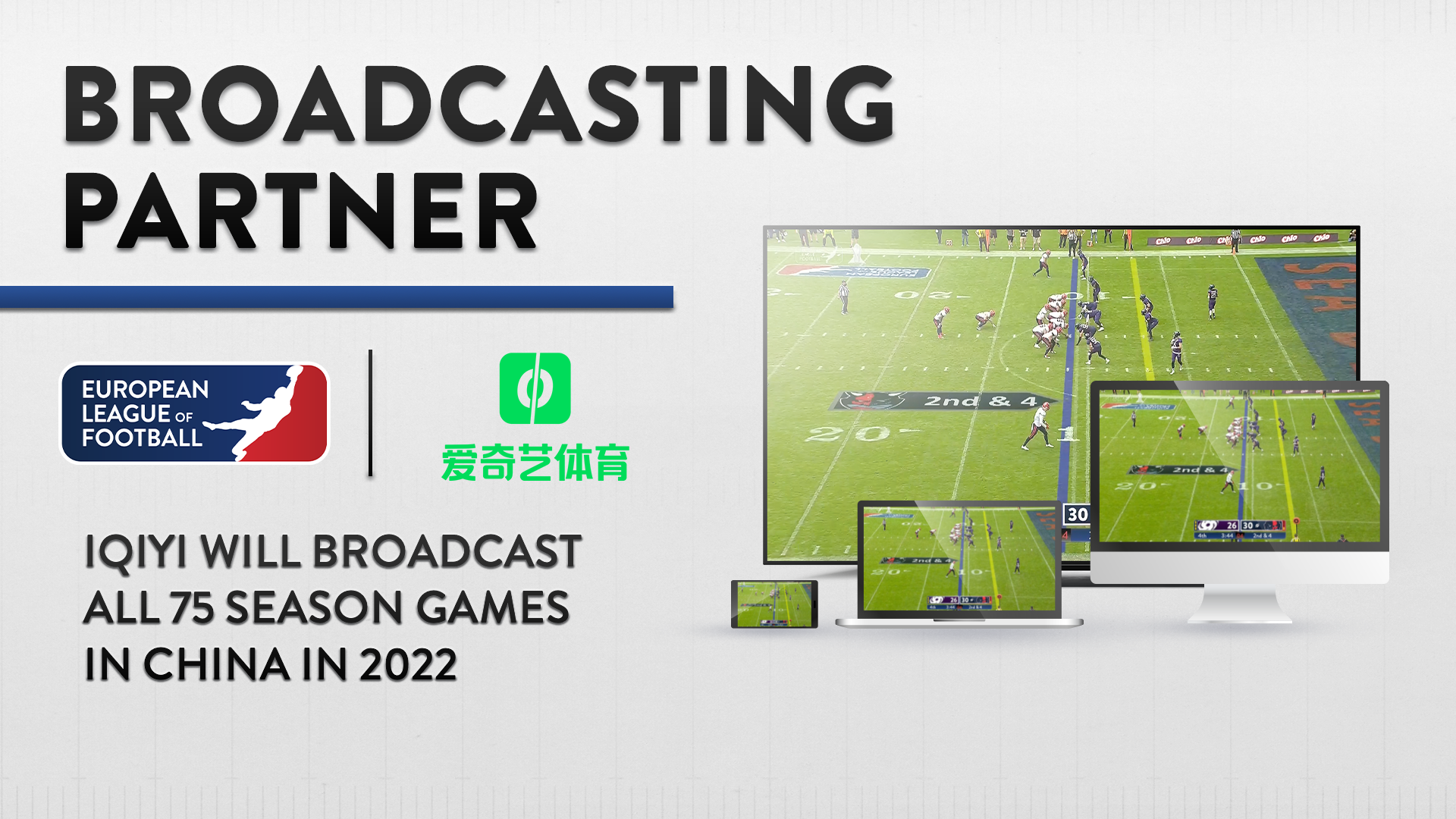 “The interest from the Far East shows the reach we have achieved so far and will continue to achieve. With iQiyi, we have a partner in China that can broadcast our league to up to 500 million people per month. This is another step in our planned internationalization,” says Zeljko Karajica, managing director of the European League of Football.

The European League of Football is added to the iQiyi sports platform portfolio, which also includes the British Premier League, Formular 1, Italian Serie A, Spanish La Liga or the UFC. In addition to the partnership with iQiyi, Shida Wang signed in the European League of Football for the 2022 season, making the 33-year-old athlete the first player from China in the continental league.

With defending champions Frankfurt Galaxy, finalists Hamburg Sea Devils, Berlin Thunder, Cologne Centurions, Stuttgart Surge and Leipzig Kings from Germany, Panthers Wrocław (Poland) and the Barcelona Dragons from Spain, eight founding members of the European League of Football are already entering their second season. They will be joined by Rhein Fire (Germany), the Vienna Vikings and Raiders Tirol from Austria, and the eastern powerhouse Istanbul Rams. All franchises have one big goal: The Championship Game in Klagenfurt on September 25th.