Interest in the European League of Football continues to grow! 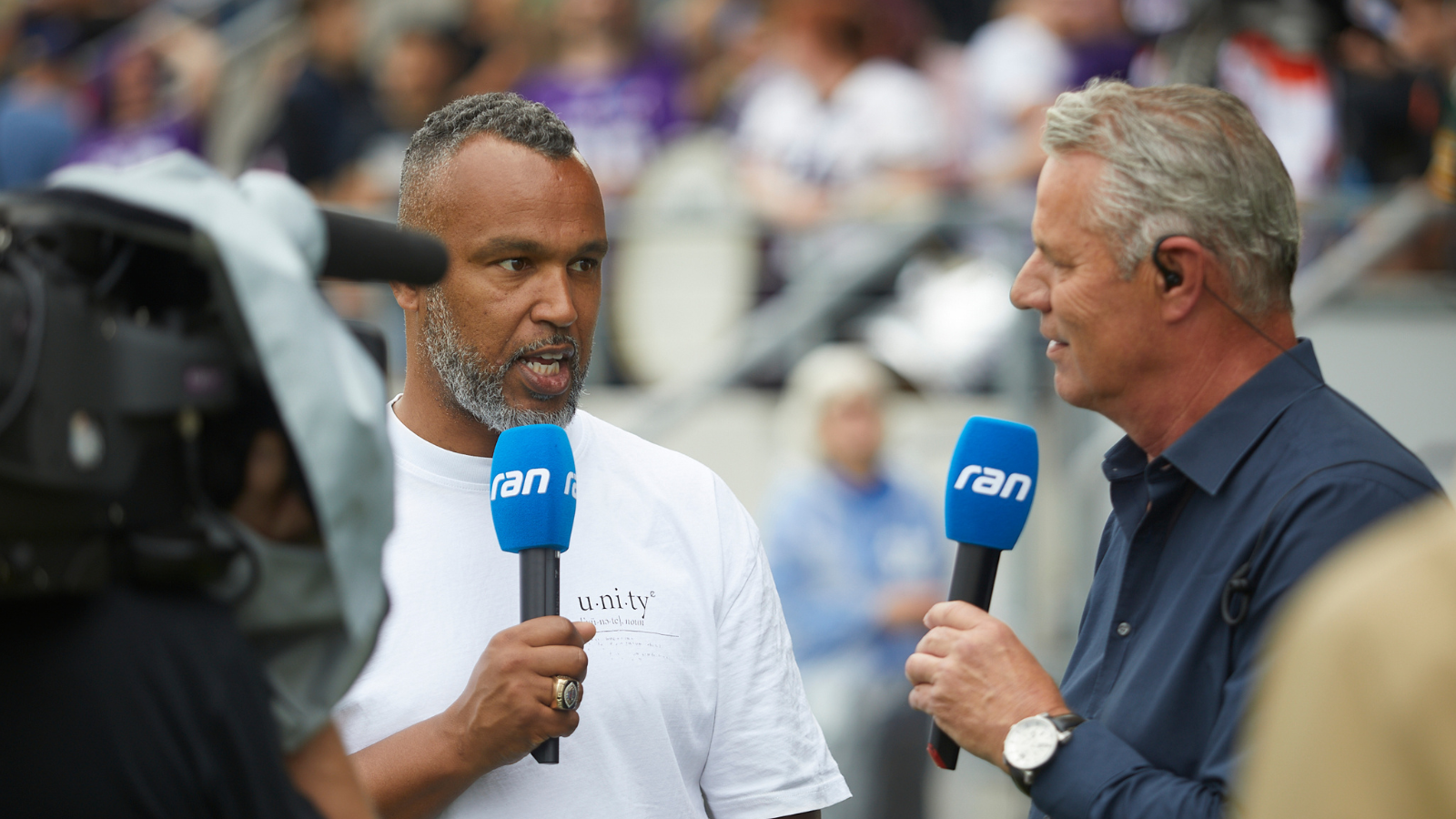 Patrick Esume and Jan Stecker at the broadcast for ran. © Daniel Schrick

ProSieben MAXX, the German TV partner, reported a new ratings record at the start of the week: Rhein Fire's game against the Istanbul Rams (42:12) from Turkey on Sunday achieved a peak market share of 5.6 percent and 400,000 net viewers.

"I had to take a deep breath"

"I was one of 8,000 football maniacs in the stadium in Duisburg and absolutely thrilled by the atmosphere. When the TV figures came in the next morning, I had to take a deep breath. It's overwhelming and a great feeling that the European League of Football is being received so positively by the fans. Not everything is running smoothly yet, so we appreciate this huge support and continue to step on the gas," said Commissioner Patrick Esume.

‍
Despite the summer temperatures, the duel between Rhein Fire and the Istanbul Rams on ProSieben MAXX achieved average ratings of 4.2 percent - the best in the regular season of the continental league, which was founded last year and started its second season at the beginning of June. Only the championship game of the 2021 premiere season, in which Frankfurt Galaxy narrowly beat the Hamburg Sea Devils, had even more fans, with 530,000 net viewers.

The "ran Football" team is already in the starting blocks for week four: On Saturday (from 4.50 p.m.), the duel between the Cologne Centurions and the defending champions from the Main metropolis will be shown in a free livestream on ran.de. On Sunday (from 2.45 p.m.), ProSieben MAXX will broadcast live when Berlin Thunder hosts the Leipzig Kings.

‍
After three rounds, by the way, three teams still have a clean slate: the Barcelona Dragons from Spain as well as the Vienne Vikings from Austria and Rhein Fire. It is already clear that at least one franchise will lose for the first time, because Sunday it comes to the "fiery" duel between Rhein Fire and the Dragons. The Viennese are already challenged on Saturday in Istanbul.