The European League of Football starts on June 4th, 2022. With twelve teams from five countries, we are looking at some of the best matchups this upcoming season. 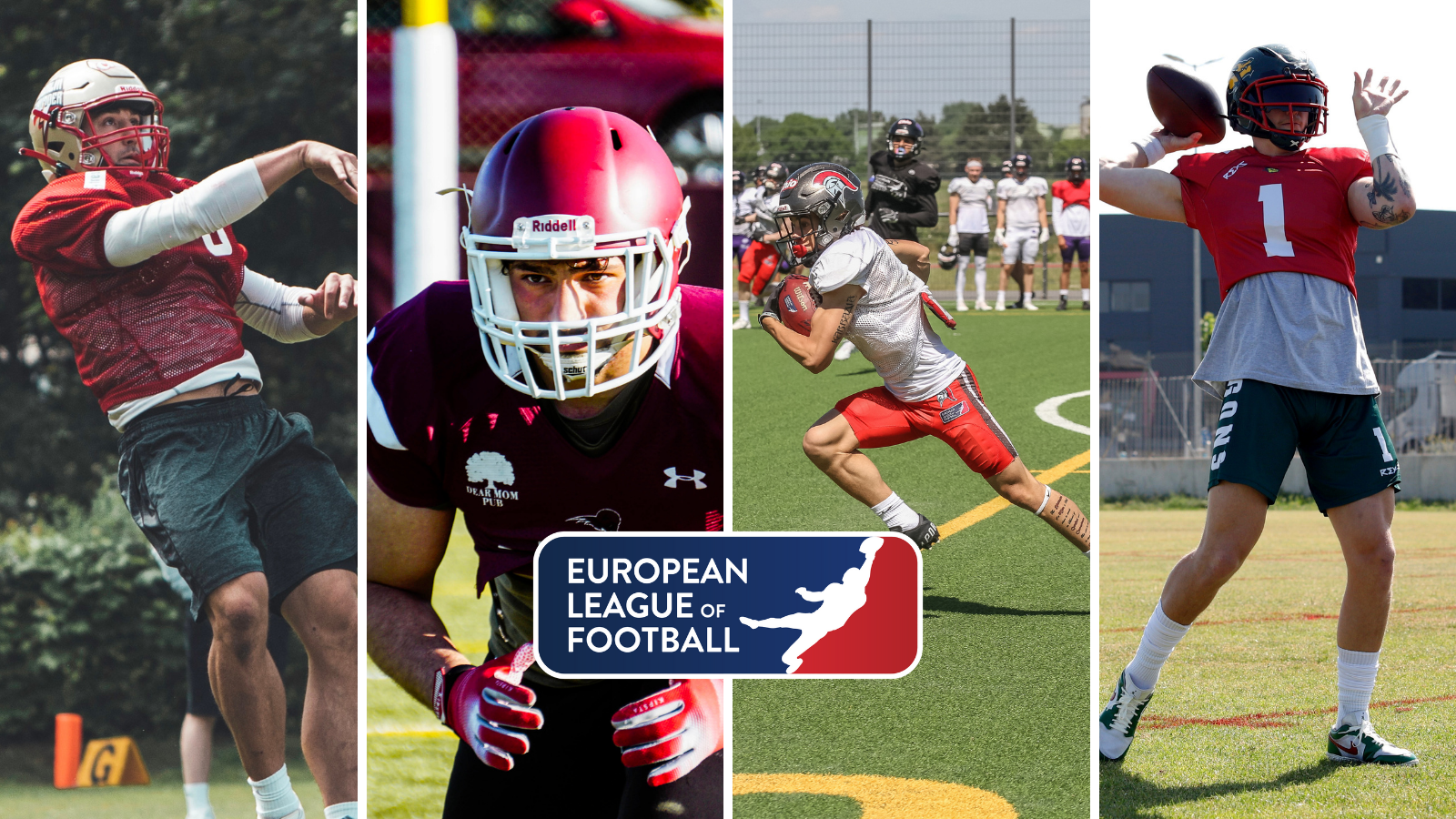 Let’s take a look at some exciting matchups apart from the usual stories!

With the Raiders Tirol and Vienna Vikings battling in week one, we could see one of the key-matchups in the league for years early in the season.

This game is not only important for the country of Austria but also for the Central Conference n the upcoming season. In European club competitions and in the Austrian league, both teams were pioneers of American football in Austria.

Now, both teams battle it out on the biggest stage of American Football in Europe.

Rhein Fire and Leipzig Kings will be one of the matchups to watch in week two.

Seeing quarterbacks Matt Adam and Jordan Barlow play will show us which quarterback can be the gamechanger for their respective team.

The comeback of running back Jason Aguemon, who left the Leipzig Kings to play for the Rhein Fire, will also be interesting to watch. Will he be able to have more success in the west of Germany?

From Berlin to Tirol. While Jag Bal was let go by the Berlin Thunder after the inaugural season as their former head coach, he returns to the Raiders Tirol organization as their defensive coordinator.

Bal was the defensive line coach for the Raiders in the Austrian Football League years ago, now he has even more responsibility and has a big task ahead of him with his old team.

There is a rivalry cooking in the north. The Hamburg Sea Devils and Wrocław Panthers know each other from last year, while the Panthers were not satisfied with how their season ended.

Expect an angry Panthers team to explode in week four at home with a big crowd of fans behind their back.

The Stuttgart Surge and Frankfurt Galaxy matchup will be heated. With players like Precious Ogbevoen, Nikolas Knoblauch, Benjamin Barnes, Noah Bomba and Darnell Minton transferring to the Surge, they want to show their worth. Expect a nasty game with big hits and a good show.

For the Berlin Thunder and the Leipzig Kings, this game could determine which of the two can establish themselves at the top of the conference. This duel has a great importance to it.

The Kyle Kitchens signing of Berlin Thunder might have shown that Kitchens was not happy in Leipzig seeing more potential in Berlin. For Kings, we can just hope that the offensive line holds up against some heavy pass rush.

The re-matc his waiting to happen. The Raiders Tirol and Vienna Vikings will meet again. This time in the Generali-Arena. This rivalry will keep us awake all year.

When the two Austrian teams meet, it’s a must-watch.

It’s there turn to the sacred land. Bombek, who was one of the most impressive pass rushers of last season, will return to Hamburg. Coming back from an injury,we'll see how much of a disturbance he can cause for his old team.

Will the possible Comeback Player of the Year make a statement?

Frankfurt Galaxy and Rhein Fire will meet, and it’s the rematch of week one. An NFL Europe rematch waiting to happen with fans from all over Europe and the region crowded with fans. Enjoy the atmosphere and one of the must-watch games of the 2022 schedule.

And there is more to come, more stories, more action. Keep an eye on your favourite team.