ELF Analytics: Who is the most disruptive defender in the European League of Football?

Which defender has the biggest negative impact on the opposing offense with his tackles? Let’s deep dive into defensive statistics in this issue of European League of Football Analytics. 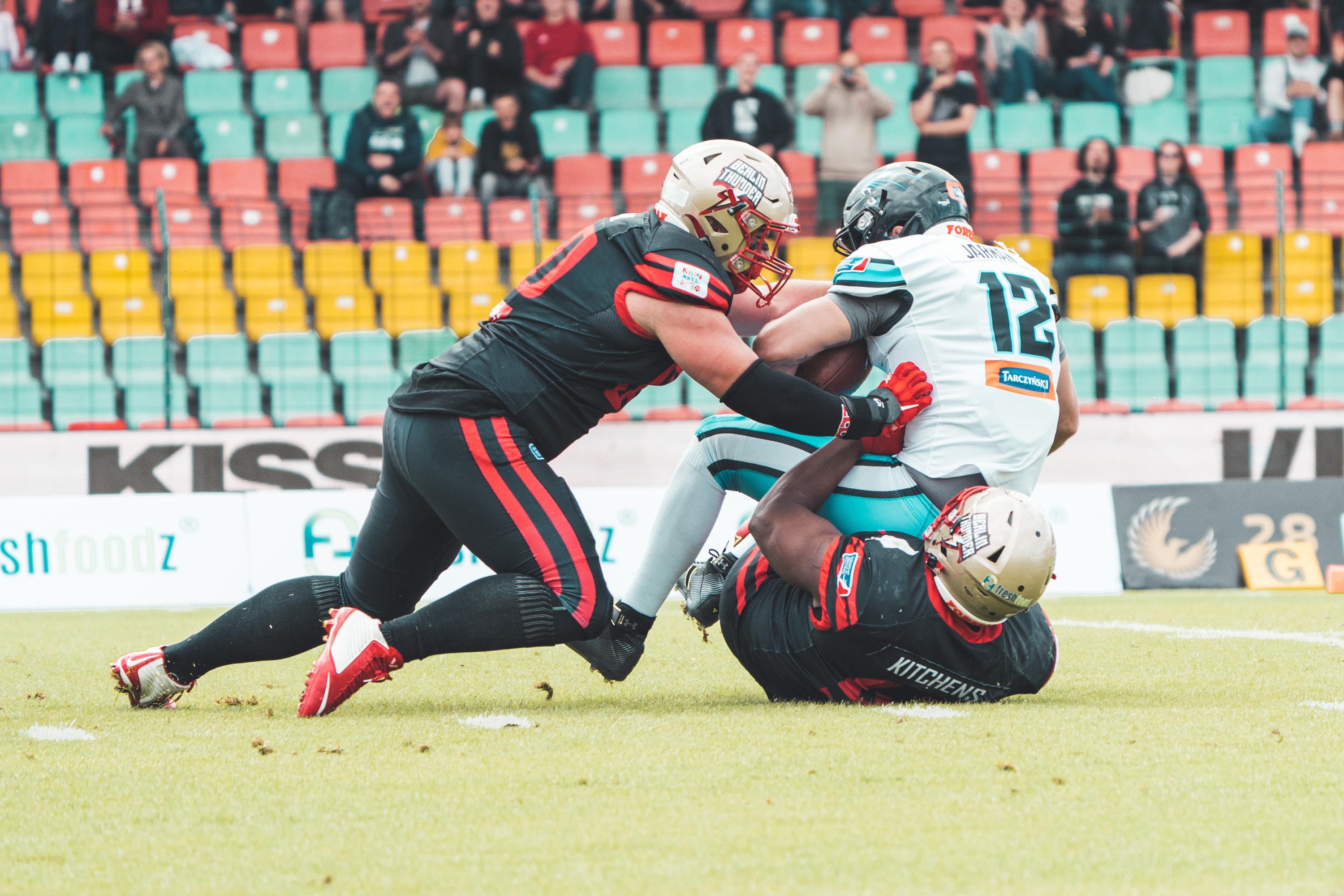 In this issue of ELF Analytics, we are using play-by-play data to examine the league’s top disruptors from the first seven weeks of the 2022 season. To determine the most disruptive key players, we looked at what is called expected points added (EPA). For each field position, down and distance, a probability for a touchdown, field goal, or safety can be determined (Expected Points - EP). If you now look at how this value changes in the following play, you can determine the influence of the defensive player on the expected points. The more the chances of a score by the opposing offense have decreased, the greater the influence of the disruptor.

Consider the following example. The offense is at the opponent’s 10 yardline with 2nd&10. The QB is sacked for -8 yards to the 18 yardline which led to 3rd&18.

Let's have a look at the five best disruptors of the 2022 season so far!

In fifth place, Maxime Rouyer of the Wroclaw Panthers made the list. He is not very high on the TFL leaderboard with 2.5 TFL but has already been able to record 56 tackles. With that, he was already able to destroy five third-down attempts of the opposing offenses. Overall, he has a very strong performance of -13.4 expected points added (EPA).

‍
Before the season, Michael Sam was supposed to be coaching for the Barcelona Dragons. Now, it came to the fact that the former NFL player has laced up the cleats again and is back on the field. And what kind of impact did he have on the game of the Barcelona Dragons? Although, Sam only had one third down stop, he often put the offense in a bad position with his 6.5 TFL for 48 yards. In total, this led to a strong -16.6 EPA for the Dragons defender.

‍
The Barcelona Dragons are the positive surprise of the first half of the 2022 season in the European League of Football. A major contribution has been made by a much stronger defense. Alejandro Fernandez is already the second Dragons' defensive player in this top five and he has already surpassed his performance from last season by three sacks. With an impressive eight third-down stops, he made sure that the opposing offense had a hard time putting points on the board (-21.2 EPA).

Aslan Zetterberg often runs under the radar on the strong defense of the Leipzig Kings. He has already proven  this year that he can make a significant contribution to keeping the Kings in the game. He is particularly characterized by the fact that he can consistently call up his strong performance of -3 EPA per game. His seven sacks, 13 TFL and six third-down stops speak for themselves.

After the quality of last year's DPOY was not reflected in the statistics at the beginning of the season (EPA rank 74), Kyle Kitchens has made extremely crucial plays in the last two games for the Berlin Thunder defense. In addition to the remarkable amount of TFLs and sacks, he particularly demonstrated that he can be relied upon in key moments, recording a total of eleven stops on third-downs resulting in fourth downs or even turnovers. With his performance of -22.5 EPA, he is rightly at the top of the most disruptive defensive players of the European League of Football.

Check out our full league statistics.