The new franchise in Düsseldorf signs another important player to their team for the 2022 season in the European League of Football. 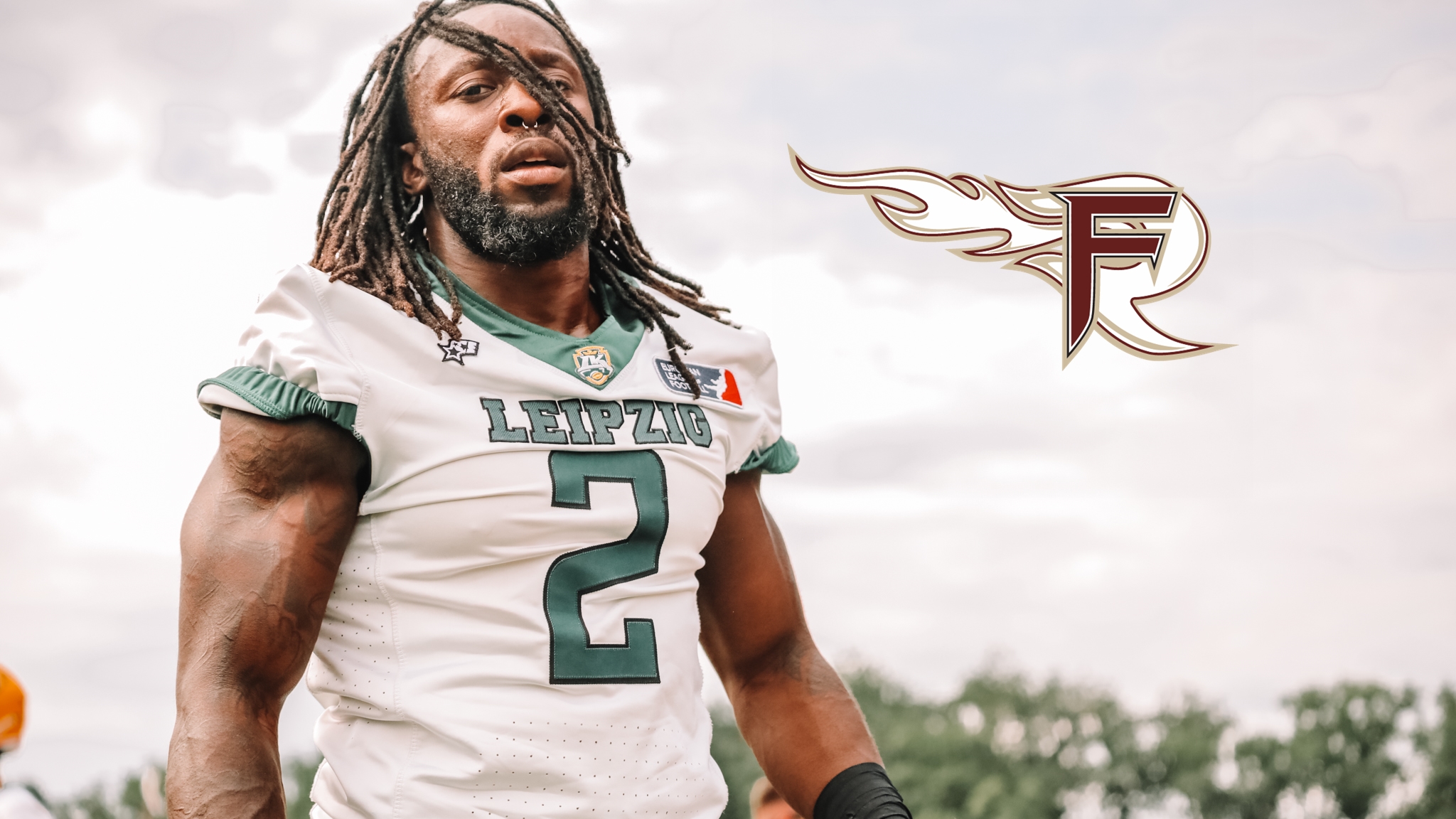 Rhein Fire running back Jason Aguemon with the Leipzig Kings in 2021. ©Mariann Wenzel

After attending the team’s tryout a few weeks ago, the French running back signed with the new franchise in the European League of Football. Aguemon rushed for 550 yards on 96 carries in 2021 with which he led the Kings’ backfield. On top of that, he scored four total touchdowns and averaged 5.4 yards per carry.

Rhein Fire bolstered Aguemon’s supporting cast by signing former Cologne Centurions offensive lineman Nick Wiens and fullback Patrick Poetsch over the last weeks. This could help the former Kings running back to have a great season with Rhein Fire in 2022!

More news around the Rhein Fire!