Down, Set, Hut! sporteo and the European League of Football sign a cooperation agreement 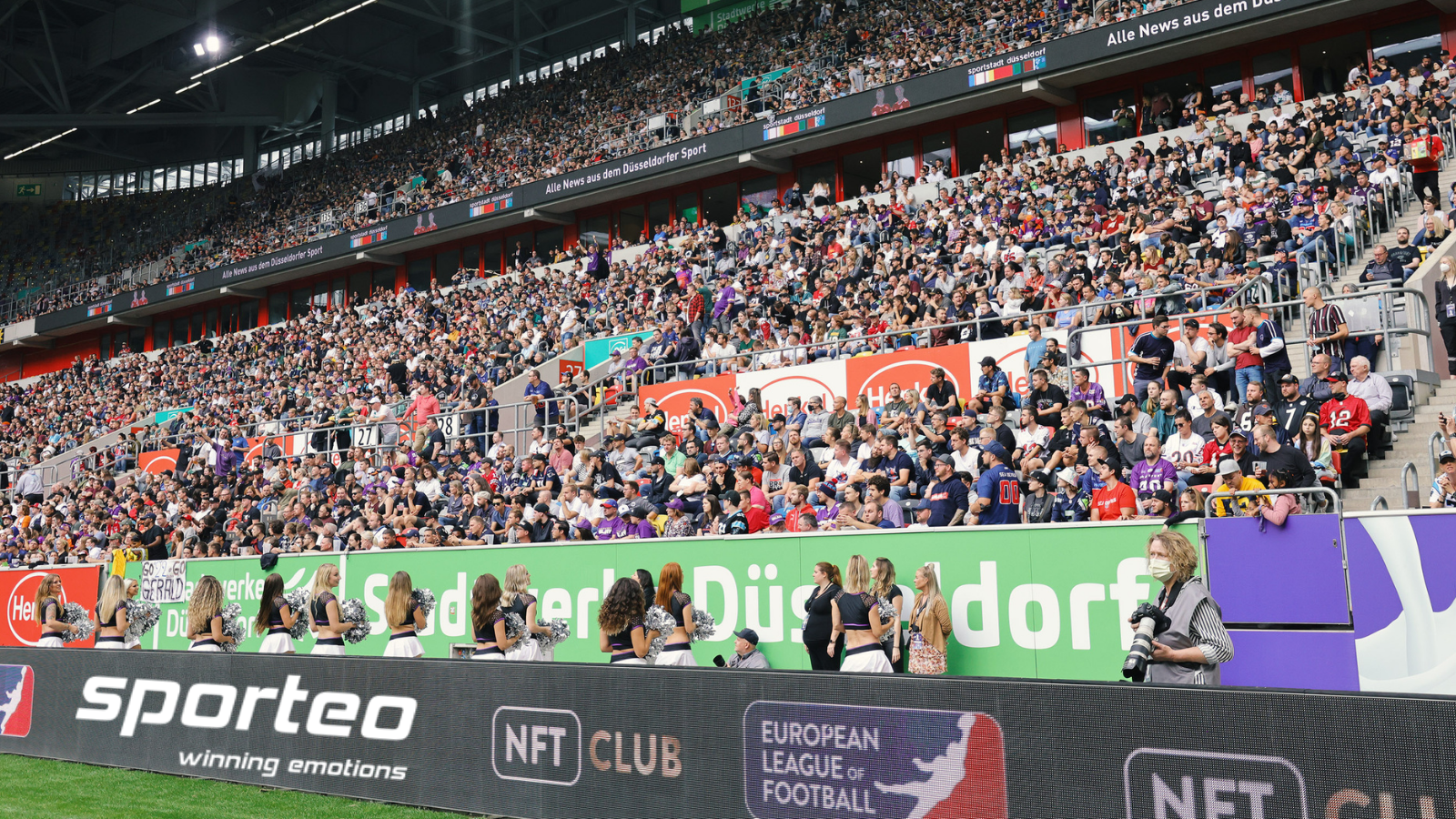 The weekly top matches of the European League of Football are broadcasted by means of LED band systems from sporteo. In addition, the league and sporteo are entering into a marketing cooperation that will enable sporteo to offer attractive TV-relevant advertising space. The games will be broadcasted live on Pro7Maxx in Germany and on Puls24 in Austria.

The European League of Football is already starting its second season, in which the league's run of success is to be continued. While season one already featured eight teams from three nations, season two, true to the motto "The journey just begun", will see 12 teams from five nations competing for the title in 75 matches!

In the long term, 24 teams from 10 to 12 nations are to compete in the newly founded league and establish the sport, which has now emerged from its niche, in a professional league. Excitement is guaranteed when teams such as the Hamburg Sea Devils meet the Barcelona Dragons or the Berlin Thunder meet the Leipzig Kings.

The league kicks off as early as the first week of June with the opening game on June 4th, 2022, at 5 p.m. (CET),when the Istanbul Rams are guests of the Cologne Centurions. The Austrian representatives, the Vienna Vikings and the Raiders Tirol, will also meet on the first matchday.

Wolfgang Hartter, Head of Sponsoring at sporteo: "We are very pleased about the cooperation with "More Than Sports" and the European League of Football. We see enormous potential in this league and the approach of "More Than Sports" quickly convinced us that we would like to be a part of it. The new marketing areas at the highlight matches allow us to offer Games enable us to make an attractive offer to our partners, especially in the German market."

"We are pleased to enter the upcoming season with one of the European market leaders in LED perimeter technology. With this cooperation, we are also opening up further European markets with the existing infrastructure and can thus cover a broad portfolio," says Zdenko Ninkovic, Managing Director of More Than Sports.